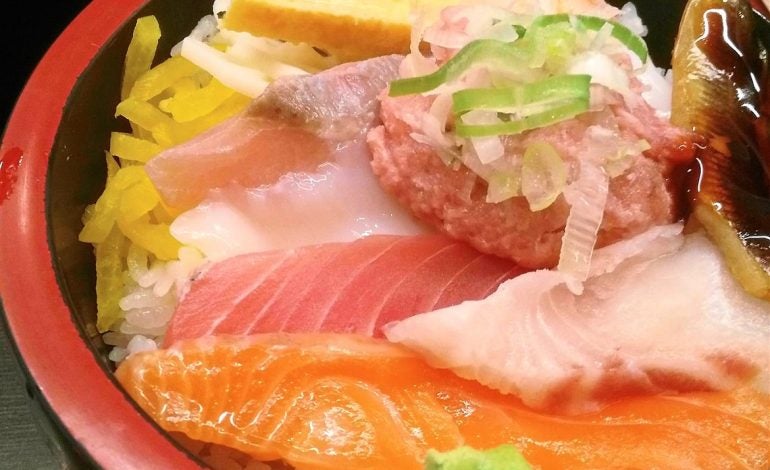 It is hard not to buy anything from the Tokyu Food Show in Tokyo, Japan. Photos: The Star/Melody L. Goh

Food experiences for travelers who are always hungry

For many, the best thing about travelling has nothing to do with exploring new places or visiting iconic landmarks. No, the most fulfilling experience you can gain from travelling is eating local fare.

It’s the most natural and easiest thing to do. After all, we need to eat, and food is available almost everywhere and at any time.

Food tourism or culinary tourism is a key player in today’s travel industry as it helps to provide a more enriching tourist experience. It goes hand-in-hand with agritourism, which is one of the sectors in the industry that’s said to be a major focus in the country next year.

However, food tourism extends beyond just sampling traditional dishes and learning how to make them. It’s also about trying things that are unique to the city or country which has little or even nothing to do with local heritage.

For example, eating KFC at Christmas in Japan. For several decades now, serving fried chicken from the fast food giant during Christmas dinner has become customary among modern Japanese families, and it’s all because of a commercial.

It is said that folks who do not pre-order their barrel of chicken for Christmas would have to wait in line for many hours at the restaurants.

If you ever visit Japan during Christmas, you could either avoid fried chicken or join in the line to see what the fuss is all about.

Here are a few food experiences from around the world that are worth trying. If you have had similar experiences, or would like to share other unique food experiences, let us know on our social media pages (@star2dotcom on Facebook, Twitter and Instagram).

We came across a comment on a food blog which said that the best pho is found in Melbourne (Australia) because they use top quality cuts of beef. That may be so, but pho is a staple food in Vietnam and is served everywhere, from high-end restaurants to food carts in alleyways. If you want to learn more about Vietnamese cuisine, start with pho … and then move on to bahn mi, bun cha, spring rolls and others. Don’t forget the coffee and pastries too!

Tom yum is perhaps the one Thai dish that is frequently adapted in other countries to suit local tastes. Some places in Thailand even make “tourist-friendly” versions of it, unfortunately. If you’re planning a visit there anytime soon, sign up for some cooking classes so you can learn how to make tom yum, as well as a handful of other classic Thai dishes, from scratch. Check out the Klook discount app for vouchers or reccommendations on cooking classes

Do you know how many types of kimchi are available in South Korea? More than a hundred, although probably only about a dozen are sold outside the country. Challenge yourself to find as many versions as you can while you’re on a visit there.

Kalua is a method of cooking food – usually meat or poultry – in an underground oven called imu. Kalua pig refers to a whole pig being cooked in an imu, while lau lau is chunks of pork wrapped in taro leaf and then steamed in an imu. A traditional meal would include rice, shredded kalua pig, lau lau, a kind of salsa called lomi salmon and a side of poi, which is made from taro stems.

If you don’t have time for the full Hawaiian luau (party) experience, you could always just look for a restaurant or cafe that serves the dishes.

Ever had pasta in Italy? You would be surprised how different your favourite pasta dishes taste or even look in Italy. Some regions or cities have their own versions too so always ask a local for recommendations. Better yet, take a pasta-making or Italian cooking class; the country has embraced the idea of “cooking vacations” in the past few years so ask your travel agent to plan one for you. This is one of the top food experiences in the scene today.

1. Hotdogs in California, US

“Purists” would argue that when it comes to hotdogs in the United States, New York is where you want to be. But if you’re looking for something more than the basic fixings, then try Pink’s Hot Dogs in Los Angeles. The original shop has been around for more than 40 years, but Pink’s itself began as a pushcart business in 1939!

If that doesn’t sound exciting enough, then head over to the Santa Monica Pier to look for Japadog, a street food chain from Canada. Japadog serves hotdogs infused with Japanese street food favourites like okonomiyaki, yakisoba and tonkatsu.

2. Balut in the Philippines

OK this actually falls in the “weird” food category but if you have the stomach for it, do try one. Balut is a fertilised duck egg, in which the egg is already developing. It is a street food in the Philippines, said to contain many nutritional values.

When it comes to food experiences, Japan does not disappoint. Their food seems to cater to every palate – from the pickiest eaters to hardcore foodies. If you’re visiting Tokyo for the first time and are overwhelmed by the amount of information on where to eat from websites and friends, don’t worry, just head to either Shibuya station or Tsukiji market. Tokyu Food Show is part of the Tokyu Department Store, located next to the busy Shibuya train station. It is a huge space and you get all kinds of local dishes and street food here, as well as desserts that look too cute to eat. However, you can only buy your food to go as there are no seats and tables available.

Tsukiji, on the other hand, has several tiny shops that sell heavenly ramen, udon, sushi and our favourite, tamagoyaki. Some of the chefs at the food stalls will do sort of a mini show while cooking the food right in front of their customers too, giving you a good opportunity to take videos.

Ambuyat or linut is a sticky, glue-like dish made from sago palm that is said to be the national dish of Brunei, but can also be found in Sabah and Sarawak. Ambuyat on its own is bland, so it is usually eaten with a flavourful soup that comes in many varieties, fried or steamed fish and a soy sauce chilli dip. Ambuyat is not eaten everyday, though, as it is not that easy to make.

It stinks, but it’s delicious. Stinky tofu has created quite a reputation for itself for its pungent aroma. But many tourists who have dared to try it actually like the taste. It’s a popular street food in Taiwan and the best place to get them is at the night market, which is always a good place to hunt for food and souvenirs!