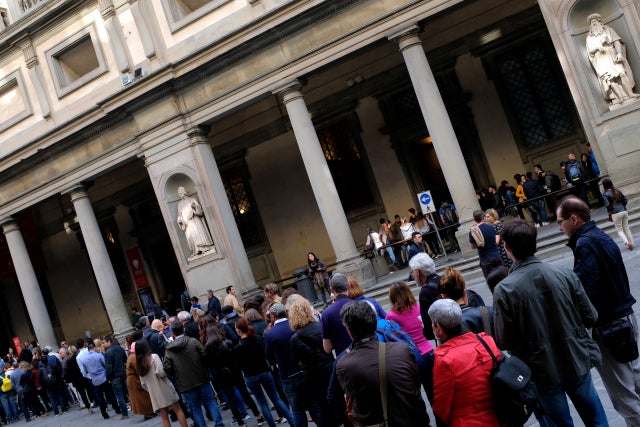 The Uffizi Gallery in Florence on Tuesday appealed to Berlin for help in retrieving a stolen 18th-century Dutch painting from a German family.

“An appeal to Germany for 2019: We wish that the famous ‘Vase of Flowers’ by Dutch painter Jan van Huysum that was stolen by Nazi soldiers be returned to the Uffizi Gallery,” the museum’s German director Eike Schmidt said.

According to Schmidt, the oil painting is “currently held by a German family who, after all this time, has still not returned it to the museum despite many requests by the Italian state.”

Before it was stolen during World War II, the still-life, which measures 47×35 cm (18×14 inches), was part of a collection owned by another well-known Florence museum, the Palazzo Pitti.

After being shipped to Germany the work’s whereabouts remained unknown until 1991, after Germany was reunified, Schmidt said.

Van Huysum was a well-known specialist of still-life paintings, and until this one is returned, “the wounds of the Second World War and Nazi terror will not be healed,” the museum director claimed.

Schmidt, who is also an art historian, urged Germany “to abolish the statute of limitations for works stolen during the conflict and ensure they can be returned to their rightful owners.”

In the meantime, a black and white copy of “Flower Vase” was hung Tuesday at the Uffizi Gallery, with the word “stolen” in English, German and Italian on it.

A brief explanation tells visitors that the work was stolen by Nazi soldiers in 1944 and is now in a German private collection. NVG

France wondering how to return art ‘stolen’ from Africa