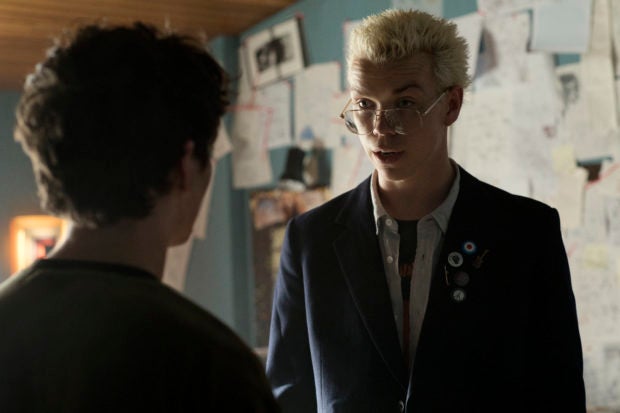 It is brilliant. As the internet and social media has pointed out, “Black Mirror’s” “Bandersnatch” really is the definition of a game-changer. While this kind of empowering the user’s narrative decisions has existed in video games for a while (there’s a reason RPGs refer to Role-Playing Games), in popular literature (Bantam Books’ “Choose Your Own Adventure” series is the trope codifier) and in tabletop gaming since forever (Dungeons & Dragons were “D&D” before it meant D.B. Weiss and David Benioff), “Bandersnatch” is the first mainstream broadcast example of this narrative engine, something that could only happen now because of the internet’s reach and Netflix’s audacity.

(READ: ‘Black Mirror: Bandersnatch’ puts you in charge of the story)

It has been pointed out the wonder of “Bandersnatch” is that it puts the viewer in to a real-world episode of “Black Mirror,” something that series showrunner Charlie Brooker should be commended for.

But as “Black Mirror” asks with every episode, is the new technology good for us?

I recognize that “Bandersnatch” presents a new narrative experience, something that can be further augmented and disseminated even more by virtual reality in the future. I thoroughly enjoyed my viewing experiences.

But I don’t want all entertainment to be like it.

I like storytellers not giving me the power to make narrative choices. I make my choice when I choose which movies to watch and which TV shows to binge. I make my choices based on the story that I believe the creator has laid out for me. I put my trust in the storyteller. I want to see what Christopher Nolan (who played with exactly this kind of choice in “Inception”), Ridley Scott, Aaron Sorkin, Hayao Miyazaki and James Wan, among others, are trying to tell me.

(READ: Here’s what happens if you watch ‘Bandersnatch’ without making any choices)

Some of the best moments in my viewing history came because they were completely unexpected. I gasped when we found out who Luke Skywalker’s father really was. I was shocked when I found out what had happened to Nicole Kidman’s character in “The Others.” I was caught off-guard by who Tyler Durden really was. I was heartbroken to find out what Severus Snapes’ connection to Harry Potter was. I want to see what the characters’ choices were. I shed a tear when they killed Optimus Prime in 1986 and when I found out who Coco was in 2018.

And I want to experience more of that.

There will always be endings that rely on the viewer to decide. “Inception” and the totem is like that. The ending of “Never Not Love You” is like that. But I can’t imagine those films asking you to make those choices all throughout.

I keep wondering what Brooker’s choices would be. There’s the thinking that should the viewer opt to not make any choices and Netflix just makes the choices for you, that default setting would most likely be Brooker’s choices as well, but that would be far too reductive. Looking back at the previous “Black Mirror” episodes, it would make sense to assume Brooker’s take is indeed the multiple narratives, that the complete immersive experience is Brooker’s take.

It is a compelling puzzle. Right now, viewers are obsessive spending inordinately large amounts of their personal (and perhaps even professional) time watching, re-watching and re-watching again in order to find “all” of the possible endings. It’s become a hobby in itself; they catalogue their choices including the ending and post them online. There are discussions of what an ending really is, how some are “soft” endings and some are “hard” endings. There is a growing sentiment that the true endings are anything where the credits roll without the user choosing them to. All this is the kind of fun speculation that comes with anything “Bandersnatch.”

There is so much to like about “Bandersnatch,” most of all its multi-layered metafictional aspect. The “Netflix” option. “F_ck yeah.” “How’s this for entertainment, you psychiatric f_cks.” Colin’s speech. The observation that “Bandersnatch” is what it must feel like to be suffering from mental illness or is delusional. Or maybe to actually have the superpower of turning back time. That’s how good it is.

But I don’t want all entertainment to look like it. I’d like to be able to look at it—and what comes after it—and say, “wow, this is amazing,” because it’s still different from everything else. And having everything else is amazing. Those are the choices that set us free.