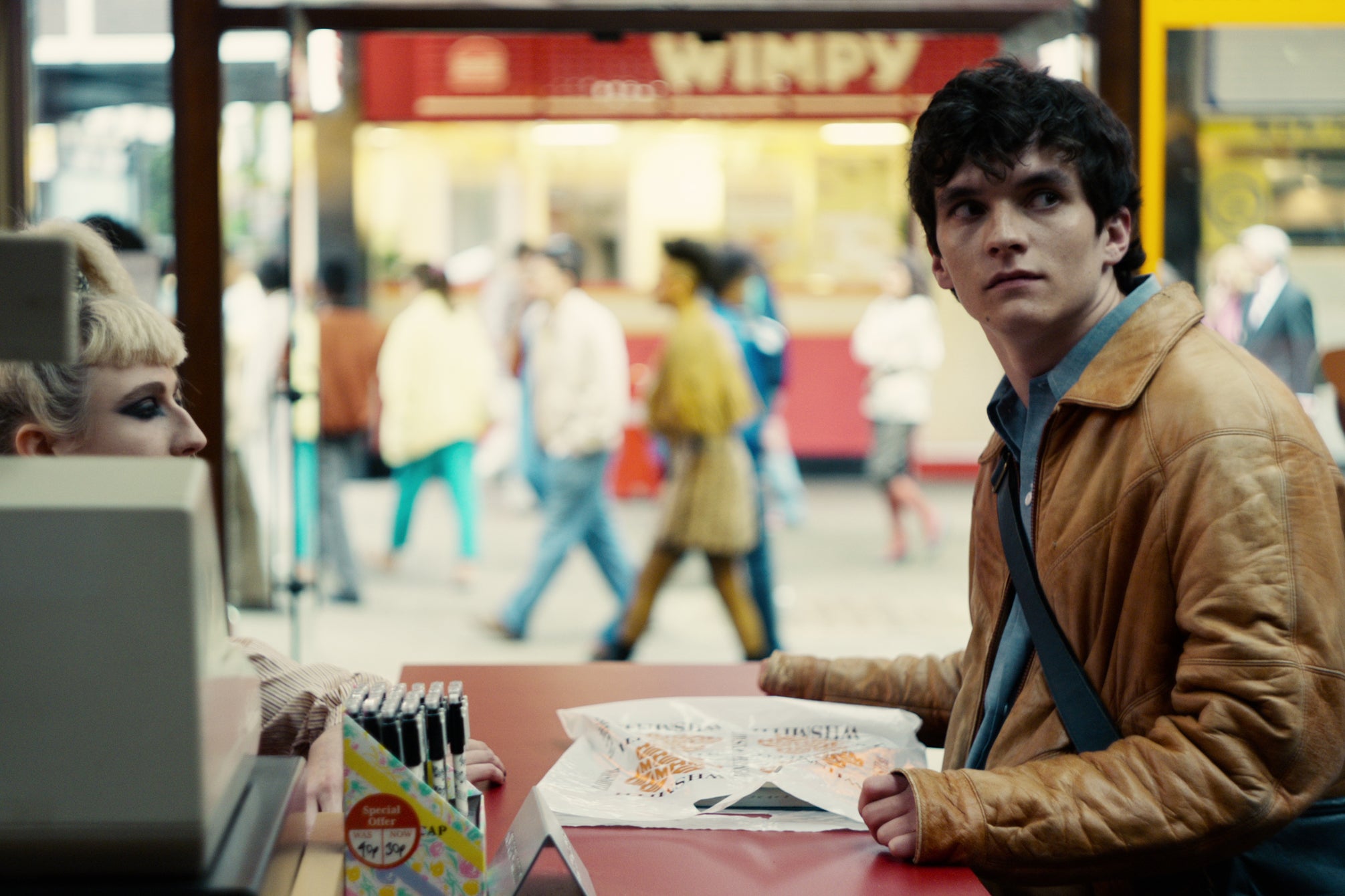 Easter eggs and subtle references have always been a part of the “Black Mirror” science-fiction anthology series from its BBC origins to its current Netflix heyday thanks to the detail obsession of brilliant series writer Charlie Brooker.

(READ: ‘Black Mirror: Bandersnatch’ puts you in charge of the story)

Literally hanging out in plain sight is an Easter egg that viewers see when Stefan Butler (Fionn Whitehead) walks into the busy offices of gaming company Tuckersoft. There’s a poster on the wall showing a familiar drone with the name “METLHEDD.” This is a reference to the deadly doglike drones that have devastated humanity in fifth episode of season four, “Metalhead.” In “Bandersnatch,” it refers to the latest blockbuster hit game from Tuckersoft’s resident genius Colin Ritman (Will Poulter).

The new game Pitman is working on is called “NOHZDYVE.” This is a callback to the first episode of season three, “Nosedive,” starring Bryce Dallas Howard as a woman who has fallen in love and then out of grace with society-dominant social media, which really feels like self-prophetic commentary.

In the “Bandersnatch” episode, the viewer is given a choice between “Netflix” and an oddly-familiar glyph. This glyph is clearly the same glyph from the second episode of season two, “White Bear.” This glyph isn’t random. Choose it and see where it takes you.

(READ: Here’s what happens if you watch ‘Bandersnatch’ without making any choices)

The hospital that Stefan’s dad brings him to is Saint Juniper’s Medical Center, a callback to the popular fourth episode of season three, “San Junipero,” starring Gugu Mabatha-Raw and Mackenzie Davis.

Stefan’s doctor was named “R. Haynes,” a clear reference to the proprietor of the “Black Museum” in the sixth episodes in series four. The unhinged person manning the Black Museum is named “Rollo Haynes.” He was, of course, handily outwitted by Letitia Wright (later to star as Shuri in “Black Panther”).

And if the programmer Colin (Will Poulter) looks familiar, it’s because you’ve seen him in “The Maze Runner” as well as “We’re The Millers.”

“Bandersnatch” is slipping into the real world, with Netflix playing it straight. If you want to get a little crazy, visit the Tuckersoft website www.tuckersoft.net, and you’ll find there are two playable games (one of them apparently the “Bandersnatch” game Stefan made) as well as descriptions for other games that skew very close to the premise of several “Black Mirror” episodes. There’s even a fictional company history.

Finally, the name “Bandersnatch” itself is taken from the famous poem “Jabberwocky” which was in the 1872 book “Through the Looking-Glass” by Lewis Carroll: “Beware the Jabberwock, my son!/The jaws that bite, the claws that catch!/Beware the Jubjub bird, and shun/The frumious Bandersnatch!”