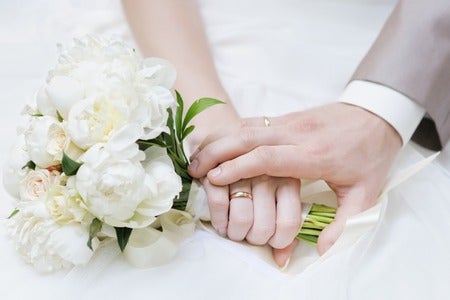 One couple from the United Kingdom, who met on a dating app, took the word “spontaneity” to a whole other level after they wed each other during their first date.

Sarah and Paul Edwards matched on the dating app Bumble on Dec. 13, as reported by The Argus on Jan. 1. The two talked for the first time on the phone on Dec. 22 before deciding to elope and marry in Las Vegas, United States on Christmas Eve, in what was supposed to be their first date.

“I don’t even know what he looked like at all, really,” Sarah recounted on “Good Morning Britain” on Dec. 28. “I’ve seen three pictures so it was just all a bit of a whirlwind because we got married on the same day.”

Paul said they have connected “on so many levels” that the idea of being physically attracted on first meeting did not matter that much. The two of them both got bored of dating sites and apps because of how “everything seems a little bit too fake.” However, when they started talking to each other, they both saw something real that became more important than physical attraction.

“What if you haven’t found each other physically attractive?” the morning program host, Ranvir Singh asked. “Would you still get married?”

“Yes, absolutely,” was Sarah’s immediate reply. “It’s about who someone is on the inside.”

“Yeah, you can work on it,” seconded Paul. “And I love Sarah for exactly who she is and just like marriages all across the world we will grow to love each other as time goes on.”

Sarah said her parents were initially concerned about her decision to marry the guy she met online on their first date. When they asked to talk to Paul, he was able to assuage their fears and won them over in half an hour.  Meanwhile, Sarah has yet to meet Paul’s parents and his children from a previous relationship.

“It’s completely different, I mean we’re fully aware that it’s completely away from the social norms,” Paul stated. The couple said they have done the social norms when it comes to a relationship — dating, meeting each other and moving in — in the past, but they were still unsuccessful in love. That was until their whirlwind romance.

“Our first kiss was our wedding kiss,” Sarah proudly said. “And [there are] not many couples that can say that they never even kissed before they made that commitment to each other.” Kate Matriano/JB

Woman, 41, flies from US to Pakistan to marry 21-year-old man she met on Instagram