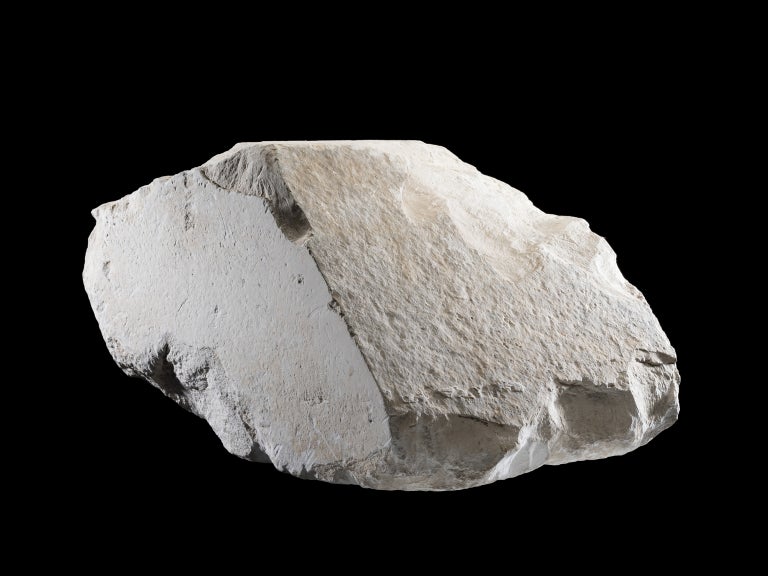 The National Museum of Scotland will be the first institution outside Egypt to showcase a rare casing stone from the Great Pyramid of Giza, the Edinburgh museum announced this week.

The large block of fine white limestone is one of the few surviving casing stones from the Great Pyramid. It will be displayed in a new, permanent gallery entitled Ancient Egypt Rediscovered starting Feb. 8.

The museum announced the news on the occasion of the bicentenary of the birth of the man who arranged for the stone to be brought to the United Kingdom, the Astronomer Royal of Scotland, Charles Piazzi Smyth (Jan. 3, 1819 – Feb. 21, 1900).

The stone will go on public view for the first time since it came to Scotland in 1872.

Margaret Maitland, senior curator, Ancient Mediterranean, said “many people don’t know that the Great Pyramid would have appeared very different when it was first constructed, thanks to a pristine cladding of polished white limestone. This casing stone will give visitors to the National Museum a fascinating insight into how one of the most iconic buildings on the planet would have once looked.”

Covering 4,000 years of history, Ancient Egypt Rediscovered is one of three new permanent galleries opening at the National Museum of Scotland on Feb. 8, along with Exploring East Asia and Art of Ceramics. Together, their launch marks the culmination of a 15-year transformation of the museum. JB