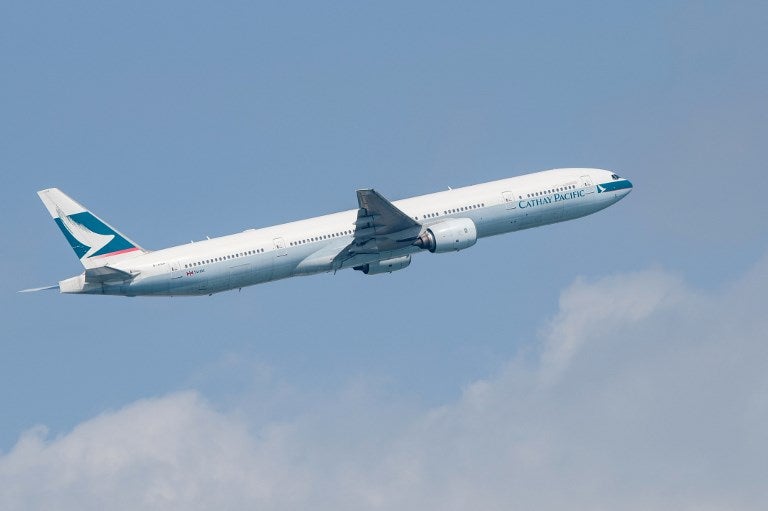 Scores of savvy travelers will be sipping heavily discounted champagne in first-class recliners on Cathay Pacific flights this year after the airline agreed to honor tickets that were mistakenly sold at a fraction of their value.

Airline and travel blogs went into overdrive on New Year’s Eve after eagle-eyed shoppers noticed the carrier was offering first and business class tickets on its website from Vietnam to the United States and Canada for as little as $670 (around P35,000).

It took two days for Cathay to publicly acknowledge the error with the airline on Wednesday saying it would indeed honor the cheap fares.

“We made a mistake but we look forward to welcoming you on board with your ticket issued,” the airline said on Twitter, calling the mistake a “VERY good surprise ‘special’ on New Year’s Day”.

A spokesperson for Cathay declined to say how many tickets were sold at the discounted price.

Wang Guanran, a travel blogger who writes under the alias “Domenicus” on hktravelblog.com, said he was working in the early hours of New Year’s Day when he spotted websites alerting people to the cheap flights around 5:00 am Hong Kong time.

In two hours he managed to snap up five first-class round trips from Vietnam to New York for $840 (about P44,000) each and a business class flight for $699 (around P37,000). After that, the searches on Cathay’s website stopped working.

“I was very lucky,” he told AFP. “Most people in Hong Kong were sleeping after celebrating, they totally missed it.”

Most of those awake when the glitch hit would have been in Europe and North America, he said. “Until then it wasn’t looking like a good new year, I’d been working and was missing my family.”

Estimating the flights will earn him some 400,000 air miles, he said he had a hunch Cathay would honor the prices. “I was betting on the fact they really need the good publicity right now.”

Cathay had a tough year in 2018. It continued to struggle with the rise of cheaper mainland Chinese rivals, losing $33 million (about P1.7 billion) in the first six months of the year.  Then in October, it admitted to a massive data breach, five months after hackers made off with the data of 9.4 million customers, including some passport numbers and credit card details.

Regis Cheung, who bought three round tickets from Vietnam to New York and one to Vancouver for around $800 (around P42,000) each, welcomed Cathay’s move.

“If they didn’t honor the tickets, people would end up hating Cathay more because of the latest data scandal,” she told AFP. “Their response has helped them improve their image.”

It is not the first time airlines have sold cheap fares by mistake.

In 2014 Singapore Airlines agreed to honor some 400 business class flights to Australia sold at economy prices. Last year Hong Kong Airlines said it would do the same when a similar mistake was made.

Air Canada is currently involved in a class action lawsuit at home for refusing to honor a similar price mistake in 2015. KM