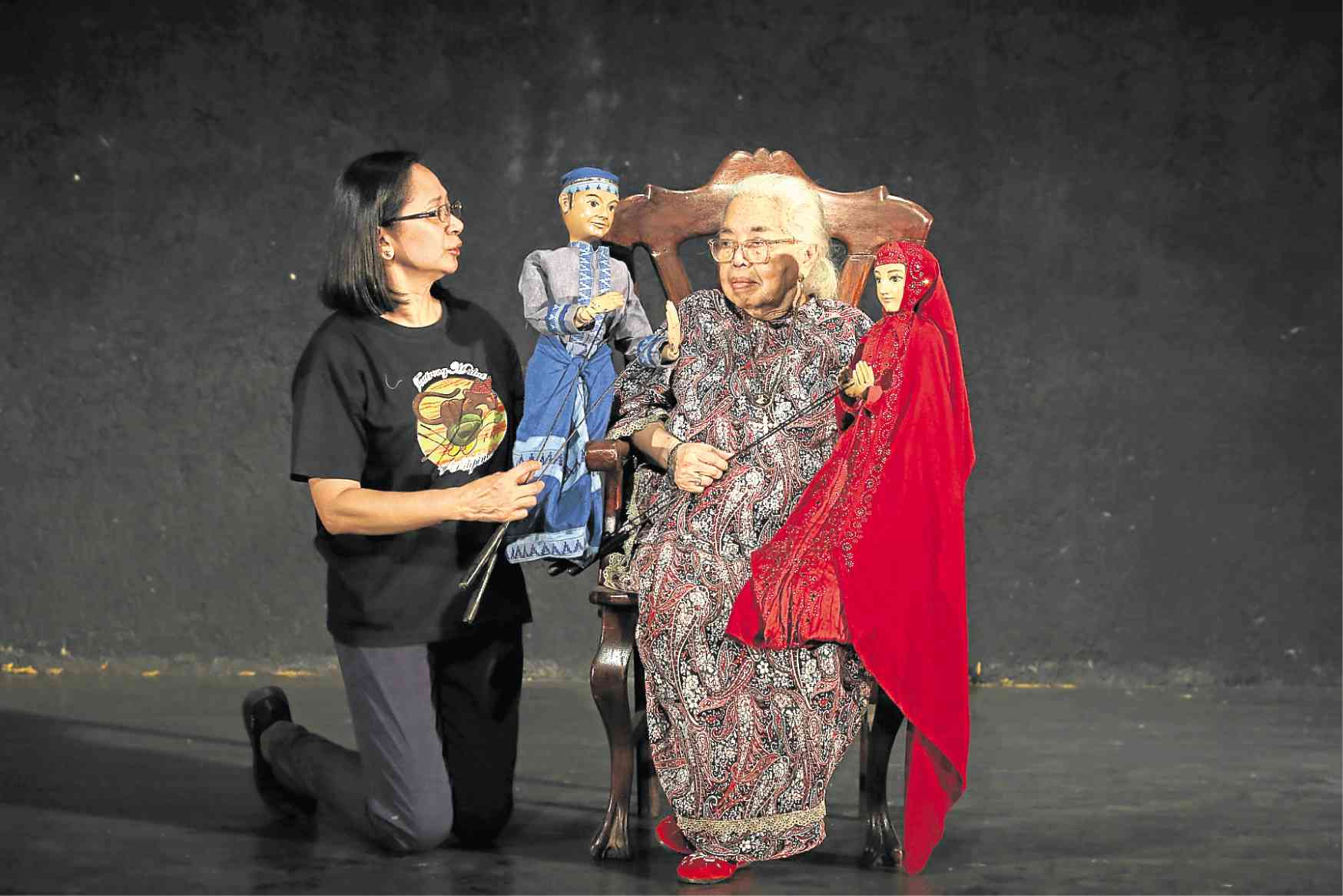 The comment from an Asian lady puppeteer was probably something the late Jim Henson of “Sesame Street” rarely encountered. In an arts festival in Washington, D.C., back in the late 1970s, one of Henson’s colleagues told him why his approach would not work on the other side of the globe.

First, his popular characters on “Sesame Street” engaged in some violence, albeit for humor. Second, the show’s scenes were too short, whereas a child’s attention span could be held for a much longer time. Finally, the pie-in-the-face antics could be interpreted as a sign of disrespect.

“Remove the destructive elements like the breaking of plates,” Amelia Lapeña-Bonifacio, who had just started Teatrong Mulat ng Pilipinas in 1977, said to Henson. “If kids have a short attention span, then how come our children back home can watch puppet shows for an hour? And, please, stop throwing all that food around. If that is funny to you Westerners, food for us Asians is almost sacred—it can be a matter of life or death.”

Lapeña-Bonifacio, now in her late 80s and recently named National Artist for her accomplishments in Philippine theater, recalls that the other participants—mostly Americans—were aghast at her words.

A few years later, Henson did come up with a full-length puppetry-packed movie, “The Dark Crystal,” which had Asian themes like peace-building and equilibrium between the yin and the yang.

It was not the first time that the lady, who decades later would be known as the Grand Dame of Southeast Asian Theater, would speak her mind and represent her values in a world that was markedly different.

As a young Fulbright scholar studying playwriting in the United States, she was told by one of her American professors that her one-act play had 18 characters, far too numerous for the standard format of that time.

Her material also delved into abortion, which was barely spoken of in the 1950s.

The young Amelia replied that in her milieu, Asian plays did tend to have a lot of characters, regardless of the running time. Not long after, the professor apologized to her privately for not assessing her play correctly.

Fortunately, others would—and these are the hundreds of children, and their parents, who have been trooping to Teatrong Mulat’s puppet shows for more than four decades.

The theater company, managed by Lapeña-Bonifacio’s daughter, Amihan Bonifacio-Ramolete, stages about 20 plays a year in various schools, malls and community centers across the country.

Lapeña-Bonifacio acknowledges that her audience streams through many generations. Fortysomething mothers would bring their little girls to watch “Sita at Rama” because they saw her “Abadeja” when they were in elementary school.

As had been written repeatedly, Lapeña-Bonifacio started Teatrong Mulat, writing and producing puppet plays because she wanted to base the story and the material on Asian and Filipino tales. There was a scarcity of indigenous material at that time. However, there might have been a more personal aspect.

Bonifacio-Ramolete believes that her mother wanted to provide her, as a young child growing up in the 1970s, more wholesome and educational fare than Henson’s “Sesame Street” and the Japanese robot cartoon “Voltes V.”

Asked how she could still keep the attention of kids weaned on TV and, later, digital devices, Lapeña-Bonifacio gives a few foundational principles that are always present in her plays.

“The puppets are like dolls, which are the first few toys that the child sees as he or she grows up, and they are non-threatening.

“I like the stories where the weak and the small win—and not through brute force, but through their wits and intelligence. Remember that my audience is made up of those who are weak and small.

“A child loves to laugh—that’s why he or she watches. Your play should be able to make him or her laugh.”

That laughter that Teatrong Mulat’s plays elicit helped in the aftermath of the Mt. Pinatubo explosion in the early 1990s.

The children who had seen their homes and properties destroyed by lava were too traumatized to laugh, let alone play.

The University of the Philippines College of Medicine asked Teatrong Mulat to show these children their plays to help bring in the healing.

In the next few years, the theater company would perform in 30 refugee or relocation sites in Pampanga and Zambales. Each site would have approximately 100 kids.

Lapeña-Bonifacio also believes that, done correctly, puppetry and children’s theater would be able to impart important lifelong lessons to their young audience. Complex material like the Hindu epic “Ramayana” could be distilled to its core and be made comprehensible and appealing to young minds. Hard realities can also be presented in a play, without scarring the child emotionally.

“Ang Paghuhukom,” based on the Pampanga folktale of the animal kingdom, took swipes at the martial law regime. The main character, the ape king of the jungle, kept smashing the other animals to enforce silence and control—until he ended up smashing himself.

Bonifacio-Ramolete jokingly says that the authorities during that era did eventually notice Teatrong Mulat—but in a good way.

Then First Lady Imelda Romualdez Marcos saw one play, “Manok at Lawin,” at Quirino Grandstand, and later informed Lucresia Kasilag, another National Artist and then president of the Cultural Center of the Philippines, to give Mulat needed funding. The company was about to go off on an international tour.

“The puppets’ costumes were all made of pajamas and loose strings,” Bonifacio-Ramolete shares. “Suddenly, they could sport real feathers!”

Over the next few decades, Teatrong Mulat would perform dozens of shows in Asia, Europe, the United States, and the former Soviet Union. Many of the e-mailed accolades that Lapeña-Bonifacio is receiving now, congratulating her for her latest award, is coming from those shores, as well.

Yet, the National Artist seems far from resting on her laurels. There are plans to publish all her plays in a three-volume book collection. There might be new material soon in the artistic pipeline. The lady, who once asked multiawarded composer Felipe de Leon to do the music for her “Abadeja,” just might repeat history.

Lapeña-Bonifacio’s eyes glisten with glee as she shares that she sat beside famous composer and fellow National Artist Ryan Cayabyab in the awarding ceremony.

She says, “I asked Ryan if he wanted to write another musical. I’ve already sent the script to him. I hope he’s writing it now.” —CONTRIBUTED