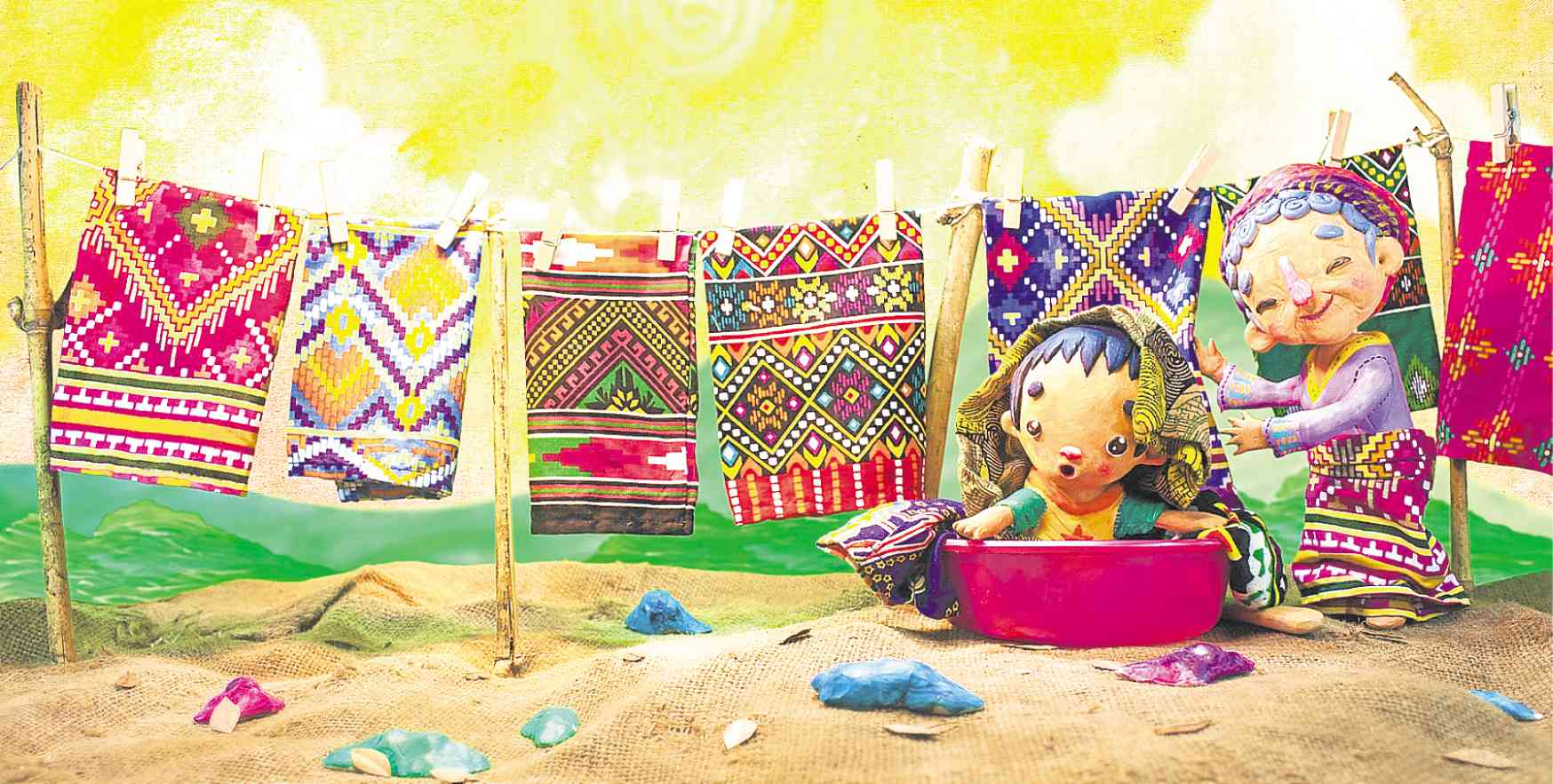 Lucban town in Quezon Province best known for its vibrantly colorful Pahiyas Festival every May 15. But one young artist is celebrating his own colorful method in illustrations for children’s books.

Joffrey “Pepot” Atienza, 28, was born in Atimonan, but says “Lucban is a part of my artist’s life.”  Here at the foot of Mt. Banahaw, he notes, he provides art for children’s books through what he calls “3D illustrations,” a complex process that begins with clay figures and ends with digital images.

Atienza says it was in Quezon that he developed a dream, one that took him to Manila and then back to Quezon.

Encouraged by his parents to draw as a child, Atienza shared many an hour drawing with his older brother. “During these formative years, I knew what I wanted to be,” he said.

After graduating from  University of Santo Tomas with a Fine Arts major in Advertising degree, Atienza discovered “3D illustrations.” He spotted the video of American artists Jim McKenzie and Chris Sickels on his Facebook feed. “The video really sparked my interest in doing illustrations using clay puppets as character subjects,” he recalled. “I always loved sculpting and find it really fun to do.”

It wasn’t easy. “Doing illustrations in this style is quite a challenge because it’s like building a three-dimensional world from scratch. It’s a tedious task creating the clay characters as I experimented a lot in creating the armatures, patiently hand-sewn the little clothes, creatively recycling found objects and old junks to create props and constructing dioramas for its setting.”

After painstakingly shaping the clay into the desired shapes and in the desired colors, he lights it and then photographs the scene from different angles.  “I call them  ‘3D Illustrations.’” This style projects a whimsical quality unto the images, as if they’re claymation (clay animation) scenes about to burst to life but don’t. It’s not the only style he employs but it is the style that he’s become known for.

This was the distinctly art style he used to illustrate his breakthrough project, “Malong the Magic Cloth.” Atienza was present at the annual Asian Festival for Children’s Content in Singapore I 2016 when he met Mary Ann Ordinario. Ordinario is a prize-winning Mindanao-based writer who runs ABC Educational Development Center children’s books, a company specializing in Filipino-themed children’s books.

“After the event, she asked me if I could illustrate a story about a Muslim boy and his daily experience with the Malong. I accepted it and got so thrilled because she gave me a go signal to illustrate it in 3D illustration.” “Malong the Magic Cloth” came out later that year.

The next year, Atienza submitted his art from “Malong” to the inaugural Asean (Association of Southeast Asian Nations)  Illustration Awards Contest 2017, hosted by the International Children’s Content Rights Fair (ICCRF) in Chiang Mai, Thailand. “I was ecstatic because my illustrations for  ‘Malong the Magic Cloth’ would be a perfect entry since it shows a very Asean theme,” he said. “But I did not really expected to win, but the judges appreciated the work I’d done.”

Atienza wound up winning the award for 1st Asean Children’s Book Illustrator Award— Best in Fiction as well as the cash prize, which was equivalent to P130,000 at the time.

Atienza found out about his victory while he was in the Philippines. With the cash prize, he bought a Nikon DSLR camera because he had previously only been borrowing his cousin’s camera for his shoots. He also invested in T-shirt printing machines for his small printing business.

This past year, Atienza was finally able to fly to Chiang Mai to attend  ICCRF thanks to the organizers. After his win, the ICCRF invited him to conduct art workshops. “I always wanted to showcase Filipino art and culture that is why I chose the art of Taka (Filipino papier-mâché) making and painting as the focal point of my workshop,” he said. Participants painted Taka horses Atienza had brought with him. Participants could be seen happily walking the fair floor with uniquely painted horses.

Atienza now works out of Lucban facilitating free public art workshops with the art group Lucban Artists’ Guild and he has started to teach local kids and passersby the ancient Baybayin script. He also works as a tour guide in Lucban as in our town and I am part of a tour guide association called Lakbay Lukban; the group takes charge of tourist groups visiting Lucban.

He has also kept busy working in his chosen “3D illustrations” style.  I have upcoming local and foreign book projects in line and also art exhibits this year,” he said. Just out now is the latest book he has illustrated for ABC Children’s Books, “Cindy’s 365 Bags and More.”

More books and more scenes done in his distinctive “3D illustrations” style await the young artist, and Pepot Atienza is ready for all of it. “I will just continue what inspires me, to teach and share the joy of creating art in its many forms—children’s book illustration, painting, sculpture, papier-mâché and many others.” –CONTRIBUTED