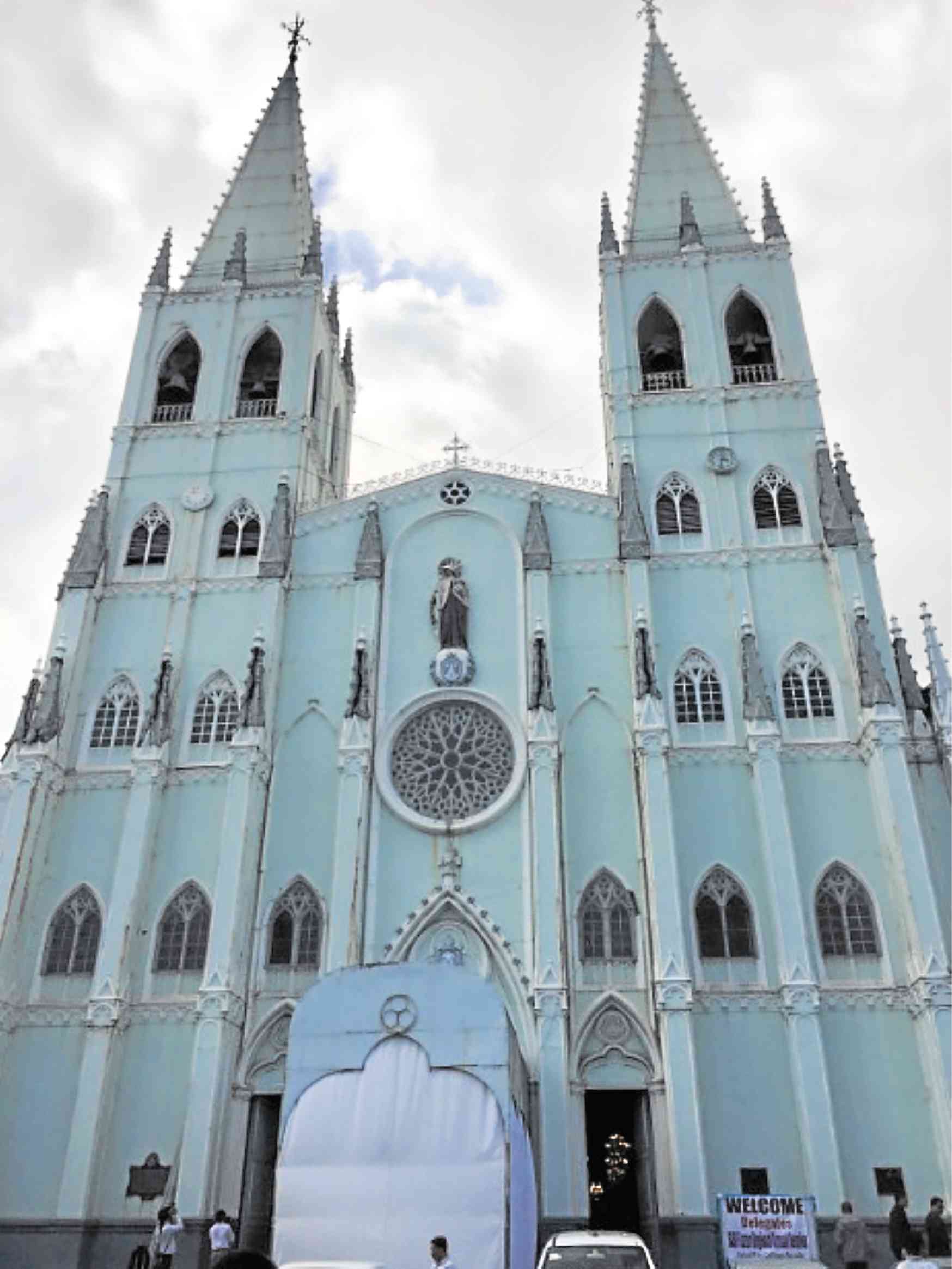 Familiar facade of the only all-steel church in Asia

While there has been a public outcry on the proposed high-rise to be erected at the back of San Sebastian Church in Quiapo, Manila, since it may mar the gothic structure’s sightline, another controversy is brewing inside  the church itself: the 19th-century pulpit and two side retablo  have been given a fresh coat of faux gold, a popular craze among Philippine churches today.

However, the Inquirer learned that the gold paint applications were done without the approval of  National Museum and  San Sebastian Basilica Conservation and Development Foundation, Inc. (SSBCDFI), the organization which spearheads the restoration of the only all-steel church in Asia.

San Sebastian Church is a National Cultural Treasure, having been declared as such by by National Museum in 2015. It has also been included in the Unesco (United Nations Educational, Scientific and Cultural Organization) World Heritage Tentative List.

The church had previously been declared a National Historical Landmark in 1973.

Tina Paterno, SSBCFI conservator, said the painting job  did not seek the permission of the foundation.

“After six years of the foundation’s working to preserve authenticity, the pulpit was painted overnight without notifying the board,” she said.

NM director Jeremy Barns lamented the development. He said NM had already aired concerns with the Recollect friars over the  “unnecessary intervention.”

“No judgments yet, only admonishments that they should have coordinated sana,” Barns said. He added NM was making a technical assessment of  what happened.

In a statement, SSBCDFI said the interior painting jobs were not in line with its vision, mission and conservation standards, but acknowledged the the pastoral needs of the church administrators.

It said it would work closely with the Recollect friars to avoid a repeat of what took place.

“The foundation promises to work toward closer collaboration . . . to achieve  a more coherent and satisfactory result going forward,” it added.

Inquirer sought the side of parish priest Fr. Edgar Tubio,  but he did not reply.–CONTRIBUTED