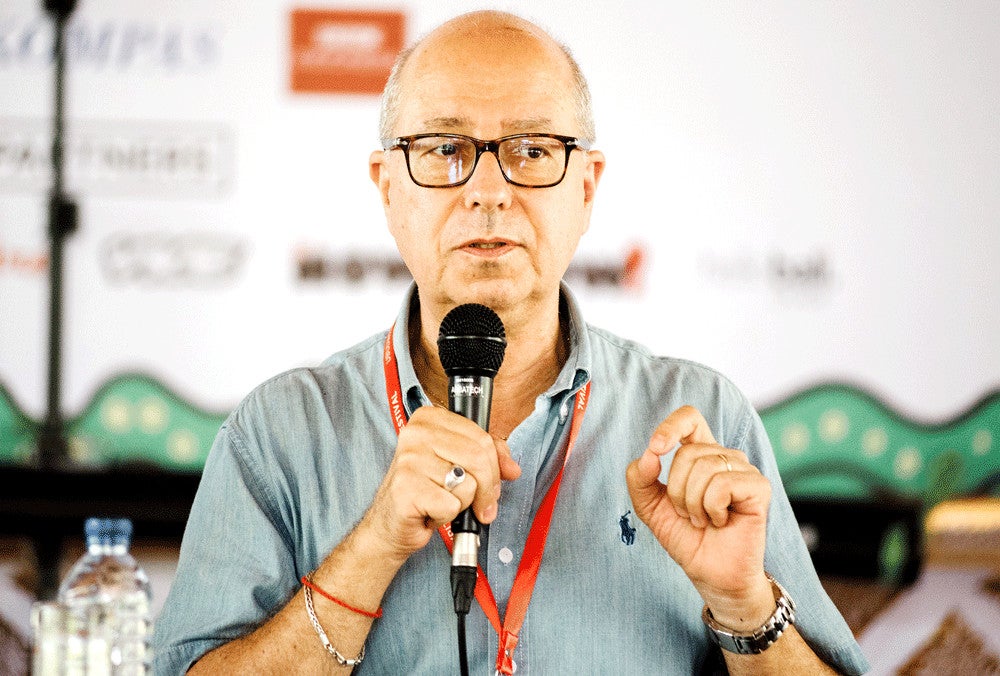 Michael Vatikiotis and his intriguing insights on Southeast Asia

JAKARTA — American journalist Michael Vatikiotis understands Southeast Asia through and through. He has spent more than three decades, mostly as a journalist and peace mediator, in the region, including Indonesia.

His connection to Indonesia is undeniably strong. He first came to Jakarta in 1987 as a BBC correspondent at the time when the country was still under the authoritarian rule of Soeharto. He later served as the Jakarta bureau chief of Far Eastern Economic Review magazine.

The archipelago became the main subject of his first book, Indonesian Politics under Suharto ( 1993 ), and the setting for his two novels.

His first novel, Spice Garden ( 2004 ), centers on the friendship between a Catholic priest and a Muslim trader set against the violent religious conflict in Maluku. Vatikiotis explored Javanese history, culture and religion in The Painter of Lost Souls, which follows a gifted young artist who moves to Yogyakarta in hope of achieving success.

In his latest book, Blood and Silk: Power and Conflict in Modern Southeast Asia ( 2017 ), Vatikiotis chronicles how identity politics and rising intolerance have led the region into “the danger zone”.

“Southeast Asia is made up of very diverse societies with a large number of people in a close geographical setting,” he told The Jakarta Post on the sidelines of the 2018 Ubud Writers and Readers Festival in Bali.

“Traditionally, they have cultural mechanisms to prevent intergroup friction by making accommodations [for those who are different] to reach certain levels of compromise, as well as negotiation [techniques] to avoid conflicts.”

Unfortunately, this mechanism is not complemented by adequate sociopolitical platforms and systems.

Therefore, he continued, when these societies underwent massive transformation through industrialization and urbanization, their societal fabric was loosened and they become vulnerable to sectarian issues and religious sentiments fueled by politicians.

“They have traditional habits of seeing each other; they have no alternative [spaces] in big cities, where they can gather only in houses of worship,” Vatikiotis said.

“Some 20 years ago, we didn’t see religious conflicts like what happened to the Ahmadiyah sect [in Indonesia], for instance. It is also only recently that in Indonesia, men are not allowed to shake hands with Muslim women who are not their relatives.

“At the same time, there is a widening gap between Buddhists and Muslims in Southeast Asia because of what’s happening in Myanmar,” Vatikiotis said, referring to the Muslim Rohingya crisis in Myanmar.

He also mentioned that inhibitive political cultures have enabled the elite to exploit the masses to gain power and to remain above the law, making justice and accountability hard to come by in Southeast Asia.

“This is why you see so many unreconciled human rights violation cases in the region,” he said.

These concerning “symptoms” have led Vatikiotis to say in his latest book that Southeast Asia is currently entering the danger zone, with rising insecurity and inequality adding fuel to sectarian fires.

He, however, refused to be labeled a pessimist because of his bleak views in the book.

“I am pessimistic about the system but there is a way out,” he said.

Vatikiotis outlined three elements of societal empowerment that could help people achieve real change without depending on government policies.

First is the availability of social media and the internet to help people go beyond geographical boundaries to help each other. The second element is grassroots movements, which enable people to fill the vacuum left by governments.

And lastly, the decreased reliance on top-down funding approach for grassroots movements through the use of online public fundraising schemes.

“The success of activists in canceling the Benoa Bay reclamation project [in Bali] is one example,” he said.

Vatikiotis was born in 1957 in Indianapolis, the United States, to an Italian mother and a Greek father. The family moved to the United Kingdom when he was 10.

He has a degree in history and geography from the School of Oriental and African Studies at the University of London and a doctorate from Oxford University.

After building his journalistic career with the BBC and Far Eastern Economic Review, Vatikiotis joined the Center for Humanitarian Dialogue, a Swiss-based private diplomacy organization, in 2004.

Currently, his writing project has taken him out of Southeast Asian issues for a little while, as he is working on a book about the cosmopolitan period in the port cities of the Middle East, in particular Egypt, in the early 20th century.

“The period is over now, but I believe it will give us clues about the future of the world,” Vatikiotis said.