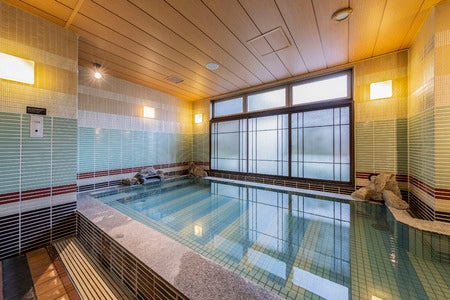 TOKYO — An increasing number of people in younger generations in Japan, including women, now enjoy saunas. Saunas long had a set image as facilities for middle-aged men to endure humid rooms with temperatures of nearly 100 C.

But recently, unconventional sauna facilities have been appearing. Some have lower temperatures and others are attached to working spaces.

The new wave of sauna enthusiasts are called “saunners.” Mika Saito, 33, who works at a university in Tokyo, is one of them.

She visits one of the public bathhouses in her neighborhood almost every day after coming home from work.

She warms her body in a sauna room and takes a cold bath. She spends about an hour repeating this process several times.

“Not only is my body refreshed, but my mind is also renewed,” she said.

Saito has been posting messages related to saunas on Twitter for around three years. She feels the popularity of saunas is spreading, saying:

“Recently, there are an increasing number of word-of-mouth postings from women who love saunas. I sometimes go to saunas together with such women on my days off.”

Sauna facilities in Japan began appearing in the 1950s and 60s. A sauna facility was installed in the athletes village of the 1964 Tokyo Olympics, attracting much attention. The number of saunas in the nation soared in the years that followed.

Sota Harayama of the Japan Sauna Institute said: “Many of them were only for men, as they were often attached to capsule hotels. So the image as facilities mainly for middle-aged and elderly men became stronger.”

But recently, more and more women have begun using saunas in gorgeous public bathhouses called “super sento” that have become places for family outings. Super sento have a variety of tubs, such as bubbling whirlpool baths.

More and more saunas have lower temperatures than conventional ones, at 70 C to 80 C.

New services in saunas also help rising popularity. They include “loyly” in which water is sprayed onto hot stones to make steam that helps users sweat, and “aufguss” in which users enjoy air currents created by a person waving a towel.

There also are saunners among company employees. The Kokuyo group companies have a sauna club in which 37 members introduce their favorite saunas to one another and visit them.

Naoki Kawata, an employee at the Tokyo-based Kokuyo Engineering and Technology Co., and the head of the sauna club, said, “We can have new ties regardless of our job titles and companies or the divisions to which we belong.”

Tabi-Labo, a Tokyo-based internet media company, has partially subsidized sauna usage fees for its employees since August. About 80 percent of its employees use the system.

An official of the company said: “Our employees’ mind-sets can be switched on and off between working and private modes. Communication between them also became more active. It affects their jobs in a positive way.”

A sauna facility of Skyspa Yokohama, which is in a building near Yokohama Station, tries to attract businessmen. In November, part of its restaurant space was renovated into a facility called “coworking space,” where users can also do their work.

The space has a small conference room that looks like a sauna and screens that display images from a personal computer.

In recent years, the number of saunas has been on the decline, partly due to the aging of many facilities.

To expand the range of sauna users, an outdoor sauna event was held in December 2017 in Tokyo’s Shimokitazawa area, which is highly popular among young people.

At the event, a large sauna tent and a swimming pool were set up, and music was played. The event offered a new style of enjoying sauna bathing targeted at young people.

The event was produced by Daisuke Akiyama, who manages the fashion brand TTNE Pro Saunner, which is for people who love sauna bathing.

He said emphatically, “I want to totally renew the image of saunas and give a boost to the boom.”

Harayama of the Japan Sauna Institute said, “Japan has a history of steam bathing. We want to demonstrate saunas also as a culture.”