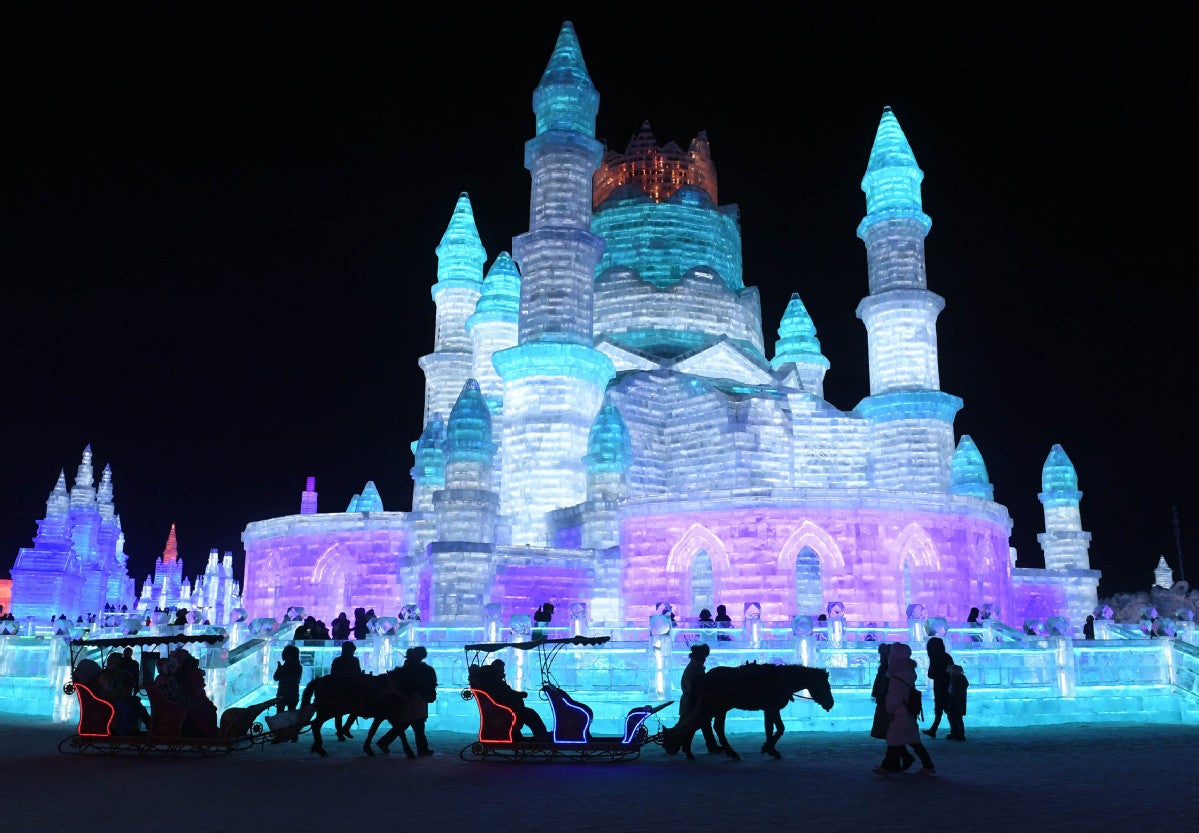 BEIJING — For the 35th time, Harbin showed why it’s one of the world’s wintry capitals, opening the International Ice and Snow Festival last Saturday.

The signature event of Heilongjiang’s provincial capital, which began as the Ice Lantern Show in 1985, has become one of the world’s four largest ice and snow festivals－the other three are Japan’s Sapporo Snow Festival, Canada’s Quebec Winter Carnival and Norway’s Holmenkollen Ski Festival.

The Harbin International Ice and Snow Festival, which attracts millions of tourists from around the world, continues through the end of February, overlapping with some of China’s most important traditional holidays, such as Spring Festival and Lantern Festival.

It has become the calling card for the northern city and a major contributor to its booming winter tourism.

One of the most important parts of the festival is Harbin Ice and Snow World, a 600,000-square-meter park, which has opened for the 20th consecutive year.

In the park, tourists can view hundreds of frozen copies of well-known traditional Chinese and Gothic architecture, along with a 45-meter-tall tower, all of them made from ice.

When the night falls, the crystal-clear buildings never fail to amaze, with their record-breaking scale set off by multicolored lighting effects.

“With the growing fame and prosperity of the park, and given the city’s ice and snow festival, we believe there will be more tourists this year,” said Jia Lianqi, general manager of Harbin Ice and Snow World.

“It is amazing to see so many huge ice buildings in the park, and I couldn’t imagine that the ice was taken from the frozen Songhua River before the tour guide told me,” said Zhou Wei, 33, a white-collar worker from Haikou, capital of Hainan province. “The fireworks show at the opening ceremony turns the park into a fairy wonderland.”