The journey of a street dog that longed to be loved | Lifestyle.INQ ❮ ❯ 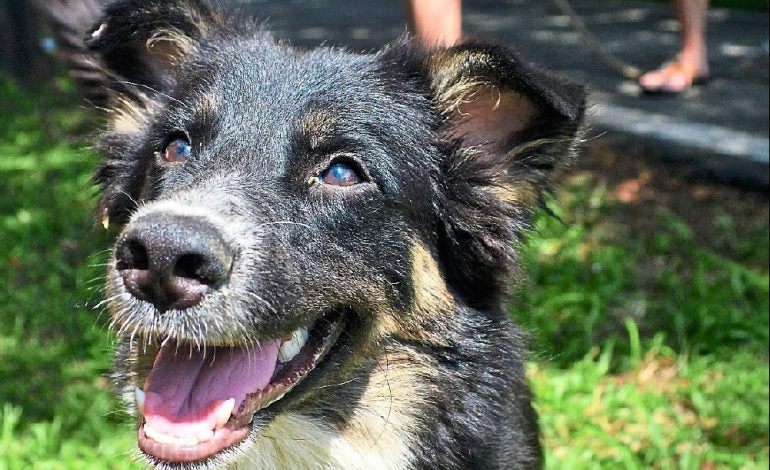 Give a stray a chance and a loving home. Filepic photo via The Star/Asia News Network

The journey of a street dog that longed to be loved

KUALA LUMPUR — There he came, running towards me in the morning. An adorable, healthy dog with black and white fur, always with a ready smile whenever he saw me. He would twirl round and round, and then jump on me with joy!

We called him Kutty, which means “the little one” in Tamil.

I was always excited to see him but one thing was on my mind: He was a stray and new to the neighborhood, and he would most likely be caught by the local council if he were spotted.

I tried so hard to get him a home but in vain.

It makes me really sad that there is often prejudice against poor, homeless dogs.

Some of them end up in shelters, which are often overpopulated; most just wait for “death row” in dog pounds.

My family and I are proud owners of three previously abandoned dogs, one of whom passed away four years ago at age 14. All of them were brought in from the streets. I have also rescued several others. They are all lovely dogs who give the same unconditional love and affection as any other dog. Perhaps these rescued ones are even more loyal and protective.

Coming back to Kutty, my family couldn’t take him in as we already had our hands full with three dogs, which was the maximum number of dogs (per household) allowed by the local council.

He kept coming to our house for food and some cuddles. At times, he came running to our home looking terrified and we would let him in for a while till he was ready to go out again. At other times, he hesitated to enter our porch despite us calling him. But there were a few times when he would enter without a second thought, looking very anxious. We supposed he could sense that the dog-catchers were roaming our neighborhood.

I was feeding him for about a year till I heard about the state government’s decision to catch and kill all the stray dogs in Penang – the island and the mainland, where I lived! The reason was the outbreak of rabies, which actually started with only three or four dogs contracting the disease in a remote place on the island.

My heart bled on hearing heart-wrenching stories about how poor innocent strays were killed brutally. I felt so helpless. Even puppies were not spared. Heart-breaking images taken during the killing are still vivid in my memory. I couldn’t help all of them but I knew that at least I could save Kutty. He was like my pet. If something were to happen to him, I wouldn’t be able to forgive myself at all.

The day I heard the horrible news, I went around asking some neighbours whom we knew to just keep him for some time till I got a home for him. But no one was willing to do that despite knowing the dangers that lurked around him. He was in dire need of a safe place.

Fortunately, after a few attempts at asking around, one neighbour was happy to take him in. Only then did I find out that she was feeding him, too, every now and then. She was afraid of dogs but was kind enough to him. She prepared food, and her kids fed him. I had no idea they were so fond of him! I felt so grateful to her.

She told me that she would keep him, provided her husband gave her the green light. He was out of town at that time. During that period, I called a vet over to give Kutty the rabies vaccination, just to be safe. I also went over the next day to bathe him. It surprised me how calm and gentle Kutty was with the kids. He let them pat him repeatedly, enjoying the loving strokes. He just knew how to behave with certain people. I was truly thankful that Kutty was finally safe and happy.

Sadly, the happiness was short-lived. When the kids’ father returned, he wasn’t happy about having Kutty around. With a heavy heart, I had to take him away from the kids. I just had to find another place to keep him. Thankfully, a fellow rescuer from the island was willing to take him in temporarily, for a few weeks.

Kutty was indeed very lucky. Although it was a roller-coaster ride for him, being taken from one place to another, he stayed strong and believed in me. Somehow he knew I would never give up on him.

As destiny would have it, my friend (an ex-classmate of 20 years) Albert told me he was interested in giving my Kutty a home! That was the best news I heard.

He told me that he was keen to get a dog, and then saw my Facebook post and asked if he was still available for adoption. I was more than happy to give Kutty away to him as I knew Kutty would be in safe hands. He told me that Kutty deserved a good home after all the ordeal that he had gone through. I was thrilled. Soon, I made transport arrangements, at a fee, as I couldn’t immediately send Kutty there myself.

So after three months of uncertainty, Kutty travelled more than 500km to his forever home, but not before getting lots of cuddles from me.

It was past midnight when Kutty reached Albert’s home. The whole family was awake, waiting to receive him. Kutty got a warm welcome, especially from Albert’s little daughters. He had already purchased all the stuff that Kutty would need.

I had a peaceful sleep that night, knowing that Kutty was safe and sound, living with a family who would look after him well. They renamed him Johnny.

A month later, I went over to visit my lovely boy. Of course, Kutty – oops! I mean Johnny – was surprised to see me and jumped all over me, whining with joy. He must have missed me, just as I had missed him.

The visit gave me even greater peace of mind – to see that he was well and happy.

As I had advised, Albert soon got him vaccinated and neutered.

It’s been nearly three years now. I’ve not seen Johnny in a long time but Albert keeps me updated on his well-being. Johnny has always been close to my heart. —Vinitha Loganathan