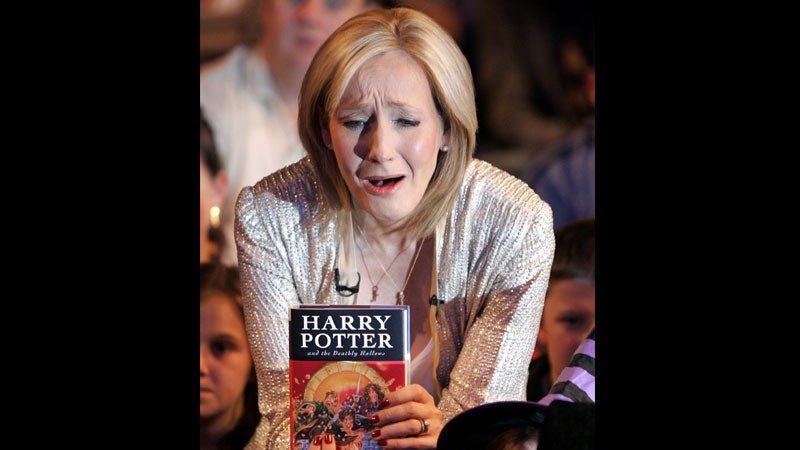 In the Harry Potter universe, wizards and witches are so reliant on their magic to get things done that technology baffles them. Want to use a ballpoint pen or check Instagram? Not in Hogwarts, where students still use quills and communicate through owl mail.

“Harry Potter” author J.K. Rowling may have gone too far in illustrating how magic-wielding humans used their powers to their benefit — and to the point of a lack of sanitation.

On Jan. 5, the Pottermore Twitter account dumped a piece of trivia about what bowel movements were like for wizards and witches in the past. Pottermore is the official Harry Potter online community with content maintained by Rowling herself.

Hogwarts didn't always have bathrooms. Before adopting Muggle plumbing methods in the eighteenth century, witches and wizards simply relieved themselves wherever they stood, and vanished the evidence. #NationalTriviaDay

“Hogwarts didn’t always have bathrooms. Before adopting Muggle plumbing methods in the eighteenth century, witches and wizards simply relieved themselves wherever they stood, and vanished the evidence,” it said.

Potterheads were less than thrilled and even more puzzled by the information.

“Could they not even have designated places in which to do this? They just did a sh*t on the floor?” wondered Eve Aaronovitch (@eveaaronovitch).

Another pointed out the flaw in logic based on Rowling’s own source material. Jenny (@jununyx) noted, “If J.K. Rowling read her own book she would remember that you only learn the vanishing charm in 5th year.”

“Students at Hogwarts pre-fifth won’t be able to vanish their poop and will need teachers to do it…this is just wrong,” she said. Following Rowling’s Wizarding World, 5th-year students would be about 15 or 16 years old.

Others were confused too as to where the feces went after they disappeared from the ground.

Another Twitter user, one @kokorogensou, decided it was better not to deal with the semantics of the trivia and made an offer to the British author: “J.K. Rowling I will literally pay you to stop writing.” JB