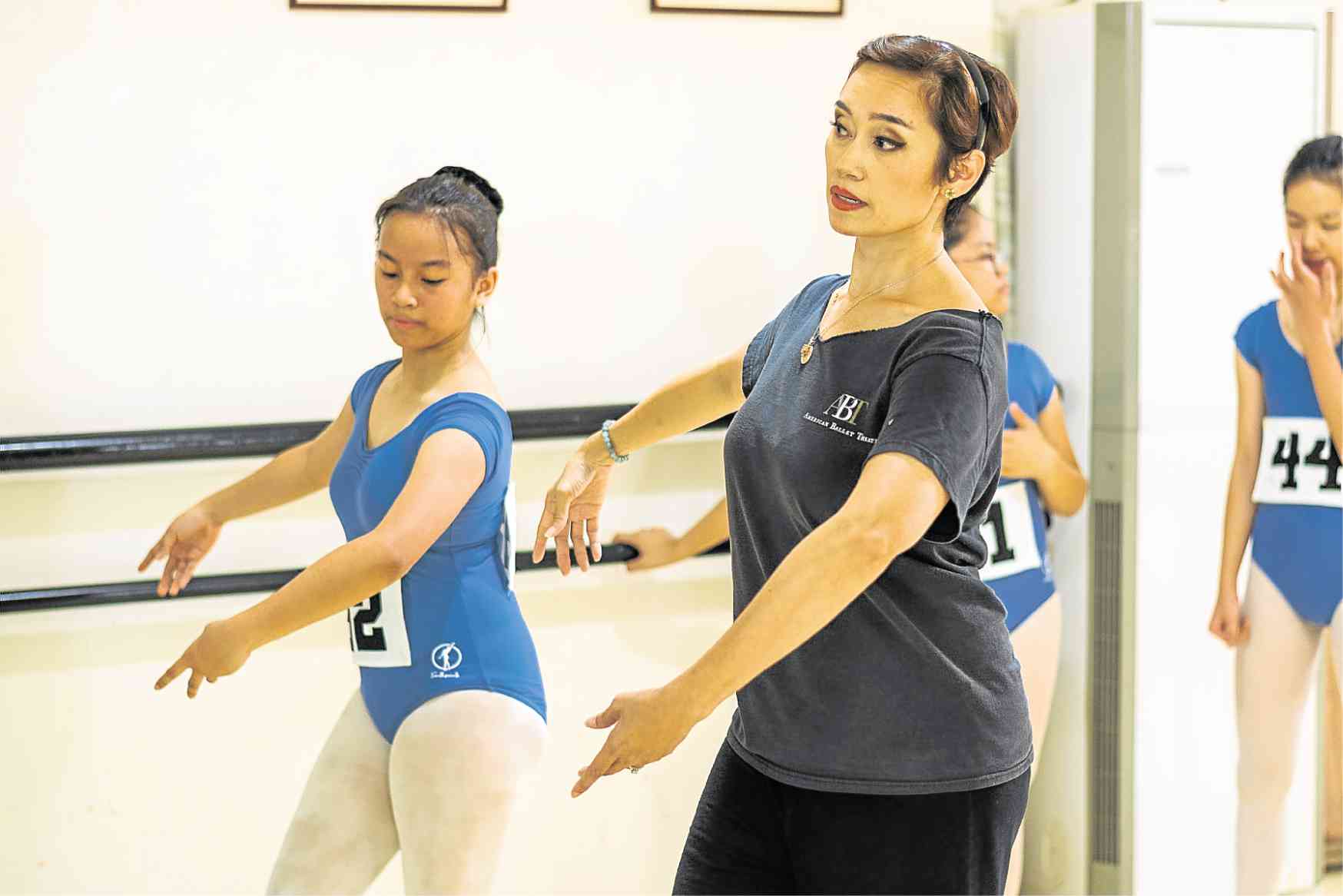 Gianna Corpus: “The curriculum provides a strong foundation for the dancer.”

Understanding the hows and whys of ballet steps

When Gianna Corpus was a dance scholar, she felt intimidated by classmates who jumped higher, turned faster and executed complicated steps with ease. She wondered how they got to that level of strength.

“Most of the time I was winging it in class,” she recalled. Like many dancers who had never been through a ballet syllabus, Corpus learned to pick up steps without understanding their logic.

Most dancers learn ballet in an environment where the instructor gives a series of combined steps, and it’s up to the dancers to sink or swim by their own efforts. Teachers who don’t have backgrounds in human anatomy tend to favor dancers with a natural facility for ballet.

Corpus studied and taught part time at the Cultural Center of the Philippines Dance School and had performed in productions of Ballet Philippines (BP). After college, she taught at Westlake School for the Performing Arts in Daly City, California. The owner, former BP dancer Malu Rivera-Peoples, urged her to take up the American Ballet Theatre (ABT) National Training Curriculum teacher training program in New York.

Launched in 2007, the ABT training system considers the students’ body types and skills sets.

Unlike other dance syllabi, it doesn’t limit the teacher to a definitive style of dancing and sets of repetitive exercises which can become stale or boring.

Through detailed training, the children learn steps at a standard that matches their skills. Alignment, classical body line and coordination are emphasized to build power and to prepare their bodies to adapt to a variety of dance genres.

The course was an epiphany for Corpus, who received teaching certification from primary level to Grade 5. She learned how to teach ballet with a purpose and how to design a class.

“The ABT curriculum made me love ballet all over again. It made me understand the hows and whys of steps. I had something tangible that I could explain to the next generation,” said Corpus, who teaches at Southpointe Dance Institute (SDI) in Westgrove, Cavite (tel. 09178322478).

Even if students take classes only twice a week, she has been getting results. She cites a student who, at 3 years old, couldn’t push her legs and point her toes. After five years of ABT training, her legs are strong and lean and the feet are well-stretched.

“The curriculum considers the individual’s body structure. Students are encouraged to work with what they have. No turnout (rotation from the hip, which is fundamental in ballet) is forced,” said Corpus.

She added that ABT’s training system makes sure that all skills are encompassed and taught at the right time of a student’s physical growth. Each skill is built upon level after level until the student reaches maximum potential. Ultimately, they can perform challenging movements with solid technique and coordination.

At the primary level, children learn to hold the skirt, bend their knees, move in space, stand in a line, skip in a circle and do the polka. As they grow stronger, they jump on two feet and on one foot. Eventually, they find their center for balancing to prepare them for pirouettes.

“The ABT program establishes the foundation for a strong dancer. Once it is placed, the more complicated steps will come,” said Corpus.

Early in their training, students learn to strengthen their ankles and to stand taller while pushing the ground. “When they know which muscles to use, pointe work becomes easy,” said Corpus.

As proof that students are learning correctly, annual exams are held. SDI is the first-ever school in the country to hold the ABT dance exams. Canadian ABT examiner Amanda Paterson came to evaluate the students at the lower levels.

Paterson has been exposed to various dance syllabi. She studied at the National Ballet School of Canada where she learned the Italian Cecchetti and Russian Vaganova syllabi. Her mother was an examiner for the Royal Academy of Dancing and founded Oakville School of Classical Ballet, which is based outside of Toronto. She has danced with the National Ballet of Canada, Ballet Nacional de Cuba and the Elizabeth Paterson Dance Company.

“In ABT you have to sit down and prepare with an end product in mind. There’s repetition and building up. You don’t throw the kitchen sink into the exercise,” said Paterson.

The idiom refers to teachers who combine steps for the sake of giving a class. It’s a common practice in many ballet classes.

Paterson explained, “ABT has taken from the best of the best of other ballet systems. You are seeing in the child a clear progression of the work. The exercises are age-appropriate. The student learns the vocabulary and builds up the strength of their technique. That’s different from practicing the same old-same old and getting stronger doing the wrong things every day.

“The authors of this curriculum were tired of watching many versions of a movement that was not substantiated with correct training. Using bones and muscles incorrectly and repeatedly over time led to injuries.”

For Corpus, she hopes SDI is a stepping stone for students who want to become dancers. “This is not professional school. But with the ABT curriculum, I want to train them toward professionalism,” she said. —CONTRIBUTED