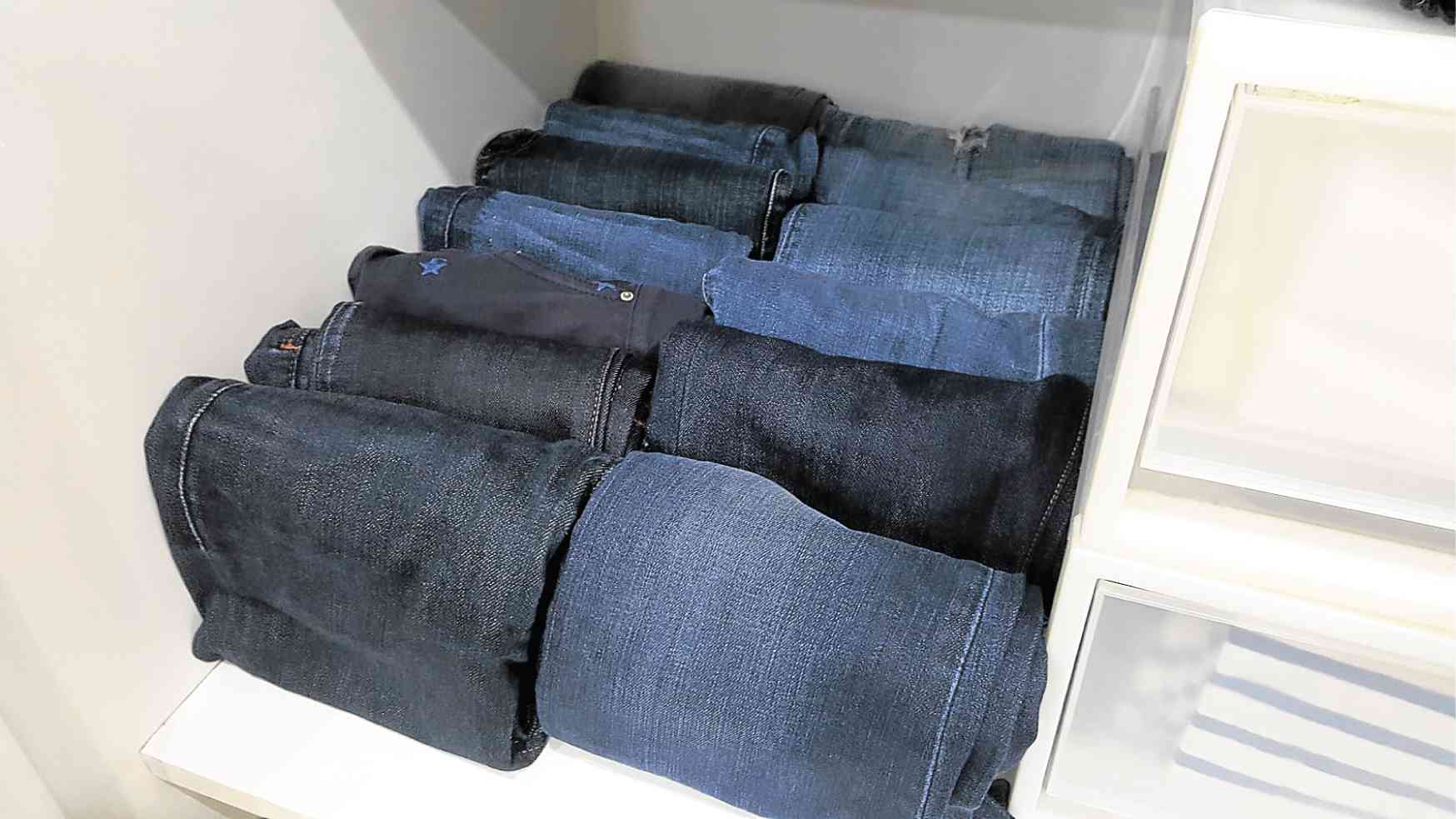 Marie Kondo recommends folding jeans as they tend to take up less space this way. This small shelf is able to fit 15 pairs of jeans that used to take up half of Dychiao’s closet space.

Do I get rid of it now, and if I need it again, do I spend 99 cents and buy a new one?” asked Margie Hodges, client of Marie Kondo and the subject of the fourth episode of the organizing consultant’s hit show on Netflix, “Tidying Up,” as she rummaged through a Target shopping bag in a roomful of boxes and bins.

As with all of us trying initially to make sense of what KonMari is about, the method is peculiar, weird and sometimes counterintuitive, going beyond practical reasoning.

But in my own experience as a reformed shopaholic and now KonMari certified consultant, trusting the process works wonders.

Kondo, a Japanese tidying expert, burst into mainstream consciousness in 2014 when her book, “The Life Changing Magic of Tidying Up,” was translated into English and published in the United States.

With many of us burdened with clutter from decades of thoughtless consumption, and looking for relief, Kondo touched a nerve and propelled her book into an international bestseller, and herself into a household name.

But “Tidying Up,” which premiered Jan. 1, was a masterstroke. At the exact moment, with everyone in the world looking at organizing their lives and starting the year right, the petite 34-year-old and mother of two got everyone talking and decluttering like they have never done before.

All that tidying made
KonMari—her trademarked method of organization—a hot topic. From curious conversations to heated debates, KonMari has become a buzzword and fair game.

As someone who has gone through the process and has helped many others to do the same, I thought I’d help clear up some misconceptions and myths about KonMari. Like any new idea, it’s a concept that should be looked at with an open mind.

Myth no. 1: Many confuse KonMari with minimalism, their visions blurred with the image of sparse rooms filled with nothing more than a table, a chair and a backpack.

But KonMari is not that.

Instead, it asks you to focus on what you want to keep—the only criteria being that it “sparks joy.”

Mario, an expectant dad and sneaker collector in episode 6, kept 45 pairs from his collection of 150 sneakers with confidence, because those pairs sparked joy in him.

It’s a common misconception that KonMari is about getting rid of stuff. In reality, it’s not so much the discarding of one’s possessions, but an honest look at which ones truly support our happiness, our needs and goals.

If looking at your Hello Kitty collection helps you destress after work, by all means, keep it!

Myth no. 2: Tidying is a first-world problem.

An article in The Atlantic dismissed tidying as something that concerns only people who have the privilege of clutter.

But KonMari does not focus on the number of objects we own, but our relationship with them. We all have our own stuff to deal with, and confronting issues attached to our material things early on, in turn, allows us to have a healthy relationship with our finances and how we spend our money on “things.”

I was once asked to talk about tidying at a shopping event, but was told that we had to cancel as it ran counter to what they wanted to achieve.

Unfortunately, there is that belief that once a person does KonMari, he or she is no longer allowed to buy things. This is not only unrealistic but also a disservice to what KonMari is about.

To recognize what sparks joy in our lives gives us the confidence to venture into stores and discern what is pretty and attractive, from something we would actually want to bring home to use and enjoy.

We then shop with purpose and consume mindfully, buying only what we truly love and will treasure for years to come. What’s the harm in that?
Myth no. 4: KonMari is stressful, as it requires you to tidy up in one go and by category.

While Kondo recommends that we tidy at once, it does not mean that we set aside the entire day to do nothing but declutter. 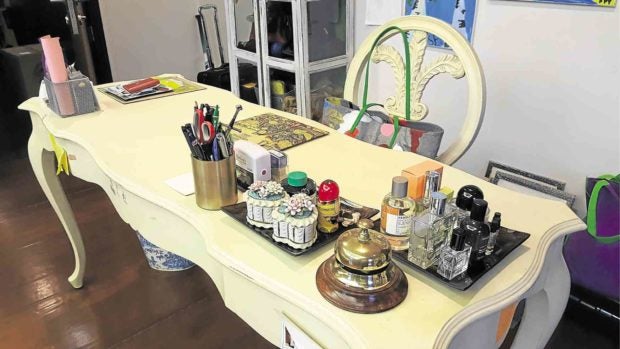 Realistically, a tidying session with a consultant should last three to five hours, then you set your own pace from there— continue tidying after leaving, or take a break and resume another day.

What’s important is that you finish the category before taking on the next one. Some people tidy in a week, some over two years.

Plus, if you think you are required to fold clothes, there is always an exception to the rule. Just think of other ways to show respect for your clothes—by hanging them on pretty hangers or having designated areas for rolled-up shirts, bottoms and underwear.

Myth no. 5: With KonMari, your life will change dramatically and you will never revert to clutter.

This is not , however, a myth, as this part is all true.

Clearing out the clutter in our lives always, no fail, leads to a shift in energy and clarity of mind.

Tidying using the KonMari method forces us to confront our issues through the medium of our belongings. It gifts us with the courage to leave the past behind, enjoy the now and equip ourselves with only the things that remind us to move forward.

Who’d want to go back to clutter after that? –CONTRIBUTED