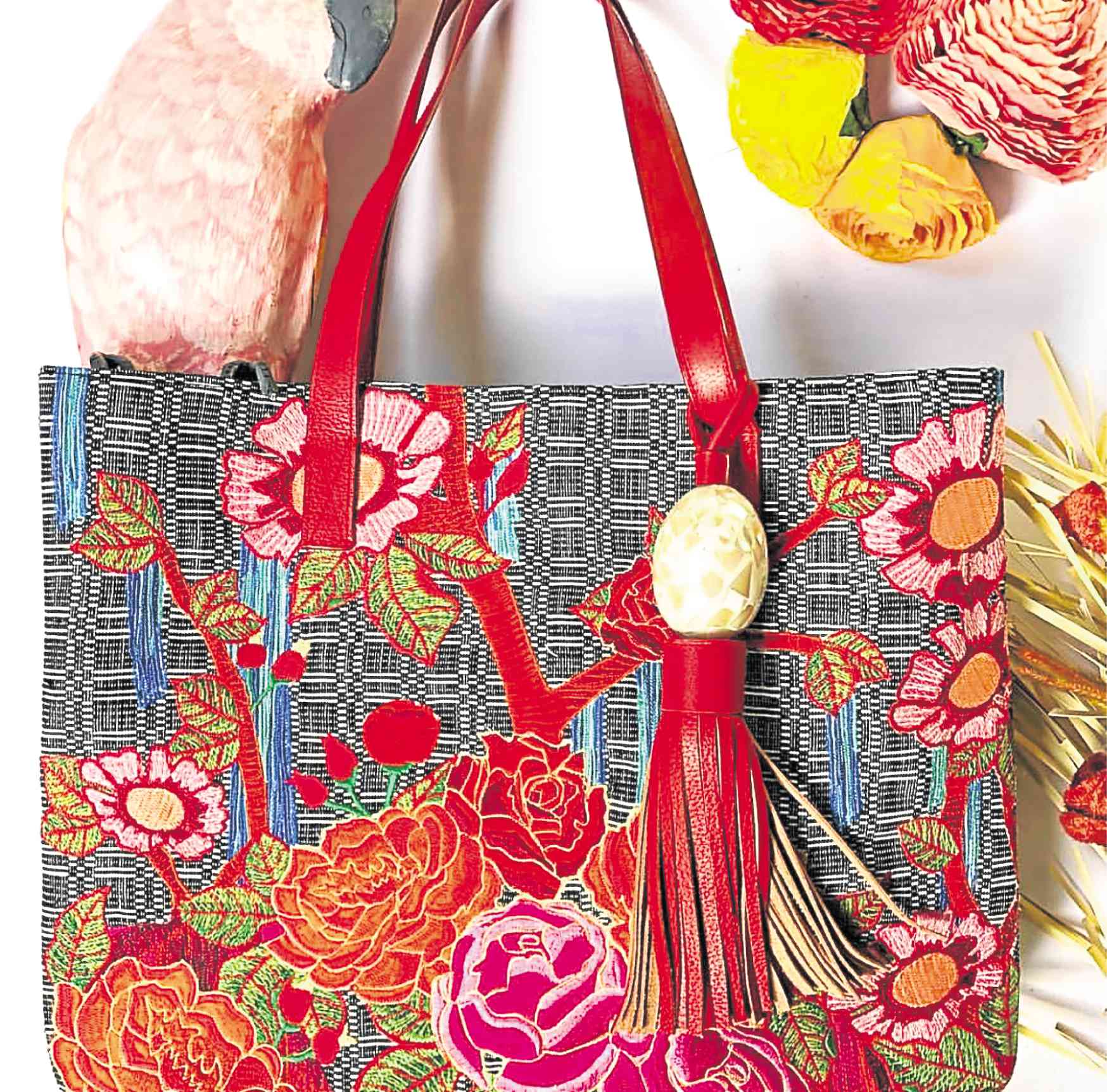 That was how Tourism Secretary Bernadette Romulo-Puyat summed up the Filipinos’ renewed love affair with local artisanal crafts, at the formal opening of the Gifts & Graces Fair Trade Foundation’s store and showroom in Makati in late 2018.

Puyat noted that when she was growing up, youngsters wore Filipiniana only during Linggo ng Wika. “Now we wear it proudly every day,” she said.

She was spot-on. Bazaars selling mainly Filipino designs and heritage crafts of indigenous tribes have been drawing great crowds. Tastemakers like Puyat herself have made it part of their daily wardrobe clothes that feature traditional weaves, embroidery or ornamentation.

Fashionistas have been following suit.

The popularity of MaArte and ArteFino fairs has given rise to homegrown brands and designers who have made it their advocacy to highlight and uplift the heritage crafts and skills of indigenous peoples.

Below are some of the designers and fashion brands that have been championing traditional Filipino crafts:

Len Cabili founded Filip+Inna about eight years ago, and made it her mission to bring local crafts to the fore, through modern, anti-fast-fashion fashion.

The clothing brand is about contemporary silhouettes that feature Philippine artisanal crafts.

Cabili works with weavers, embroiderers and beaders from across the country—the T’boli of Lake Sebu, Tinguian of Abra, Mangyan of Mindoro, Tausug of Jolo, Manobo of Davao, Ifugao of Kalinga, Yakan of Basilan, embroiderers of Lumban and Taal, among others.

That her brand pays the indigenous artisans “per stitch” is a source of pride for her.

On the issue of cultural appropriation, or borrowing art and design from another culture, Cabili said, in an Inquirer Lifestyle story, that designers like her must “give respect and credit the source.”

Indigenous craftsmen “should have a stake in your project,” she said.

Puyat and Rep. Lucy Torres Gomez are among her local customers.

Zarah Juan was a breakthrough designer in the first ArteFino artisan fair in 2017, where she debuted her pompom mules—made of leather from her native Bulacan, featuring the weaves and pompoms of the Bagobo Tagabawa tribe of Davao, and handcrafted by shoemakers in Marikina.

Her wares were sold out before the three-day fair was over.

Juan, a former flight attendant, was an eco-bag entrepreneur before she went deep into designing fashion accessories, partnering with indigenous artisans.

—the binakol (abel Iloko) of Ilocos, the t’nalak of the T’boli, and the pinilian of Abra with Bulacan embroidery, among others.

Her hand-beaded slides and bags by the Bagobo Tagabawa are still top sellers.

“I talk to the Bagobo women every day, and they’re happy to know that people want to own what we’re making,” Juan told Lifestyle in a past interview. “The project is making sense to them. The younger generation is taking an interest, and for them to hear that there’s a demand, it’s a source of pride.”

Anne Marie Saguil’s Amarie brand is another favorite in bazaars and trunk shows. The resortwear brand is best known for her easy dresses with barong-inspired embroidery.

Amarie is not stiff like the traditional barong, and the look is not your typical resortwear either.

Each piece takes up to a month to make.

Saguil works with various local fabrics—weaves from Abra, linen, organza—and has her embroidery done in Lumban and Taal.

Marga Nograles’ Kaayo PH is a newcomer that’s also fast gaining attention, owing to her modern and contemporary silhouettes, featuring the crafts of her native Davao.

—which started as a social enterprise, is a showcase of Mindanaoan indigenous crafts: the weaves, embroidery, embellishments and beadwork of the T’boli and the Bagobo.

One of its most popular designs when Kaayo began showing in bazaars was its Tangkulo scarf, a headpiece traditionally worn by Bagobo chieftains but reworked into a scarf. The colorful accessory is hand-dyed and embellished with beads and pompoms. It was quickly embraced by fashionistas.

Founded by the mother-and-daughter team of Annie and Anya Lim, Anthill works to preserve and continue weaving traditions from north to south of the country.

The fabrics are translated into designs relevant to today’s consumers, not just apparel but also fashion and travel accessories, toys and decorative items.

Founded over 12 years ago, it promotes artisans from indigenous and marginalized communities, and brings their products to a wider marketplace, thereby giving them sustained livelihood.

G&G works with 21 communities, including the T’boli tribe of Lake Sebu in South Cotabato, which makes exquisite brass products that appear in both contemporary fashion and home accessories.

There are also woven bags from Sorsogon accessorized with tassels made by a group of mothers from Biñan, Laguna; handpainted canvas totes by a Pandacan artist, the material combined with woven buri from Sorsogon; handwoven fabric clutches from Biñan, decorated with brass accents by the T’boli.

Gabbie Sarenas is another young designer batting for local fabrics and embroidery.

Known for her modern piña wear embellished with Filipiniana-themed embroidery, she delighted bazaar-goers at last year’s ArteFino with her ruffled piña bib, a contemporary and rather unusual use for the piña fabric, which is usually associated with stiff formal wear. The bibs were strewn with sampaguita embroidery.

She also uses silk, cotton and Iloilo’s hablon in her designs.