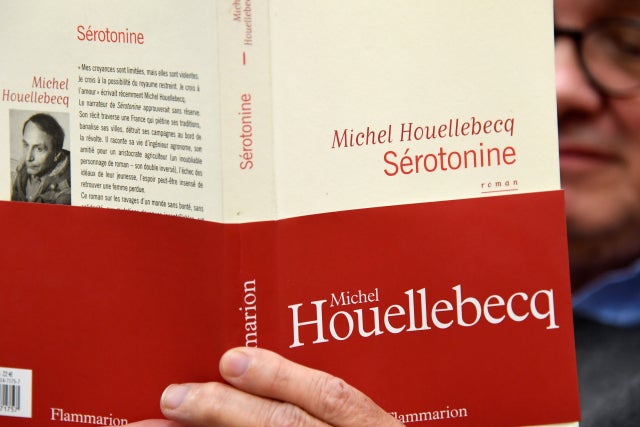 ‘Serotonin’, the new novel by France’s aging literary enfant terrible Michel Houellebecq, is already a bestseller, less than a week after it was published.

The book, which seemed to predict the “yellow vests” protest movement which has shaken France for two months, has been called one of the 62-year-old writer’s most somber works.

However, his publishers Flammarion told AFP Thursday that they were already having to print 50,000 more copies, after its huge initial print run of 320,000 copies began to sell out.

The average print run for a novel is France is around 5,000 copies.

“Serotonin” features a typically nihilistic Houellebecqian narrator, a depressed agricultural engineer who returns to his roots in a provincial France devastated by globalization and European agricultural policies.

It went straight to the top of the French bestsellers list and was published in German, Italian and Spanish this week.

An English version will hit the bookshelves in September. CC