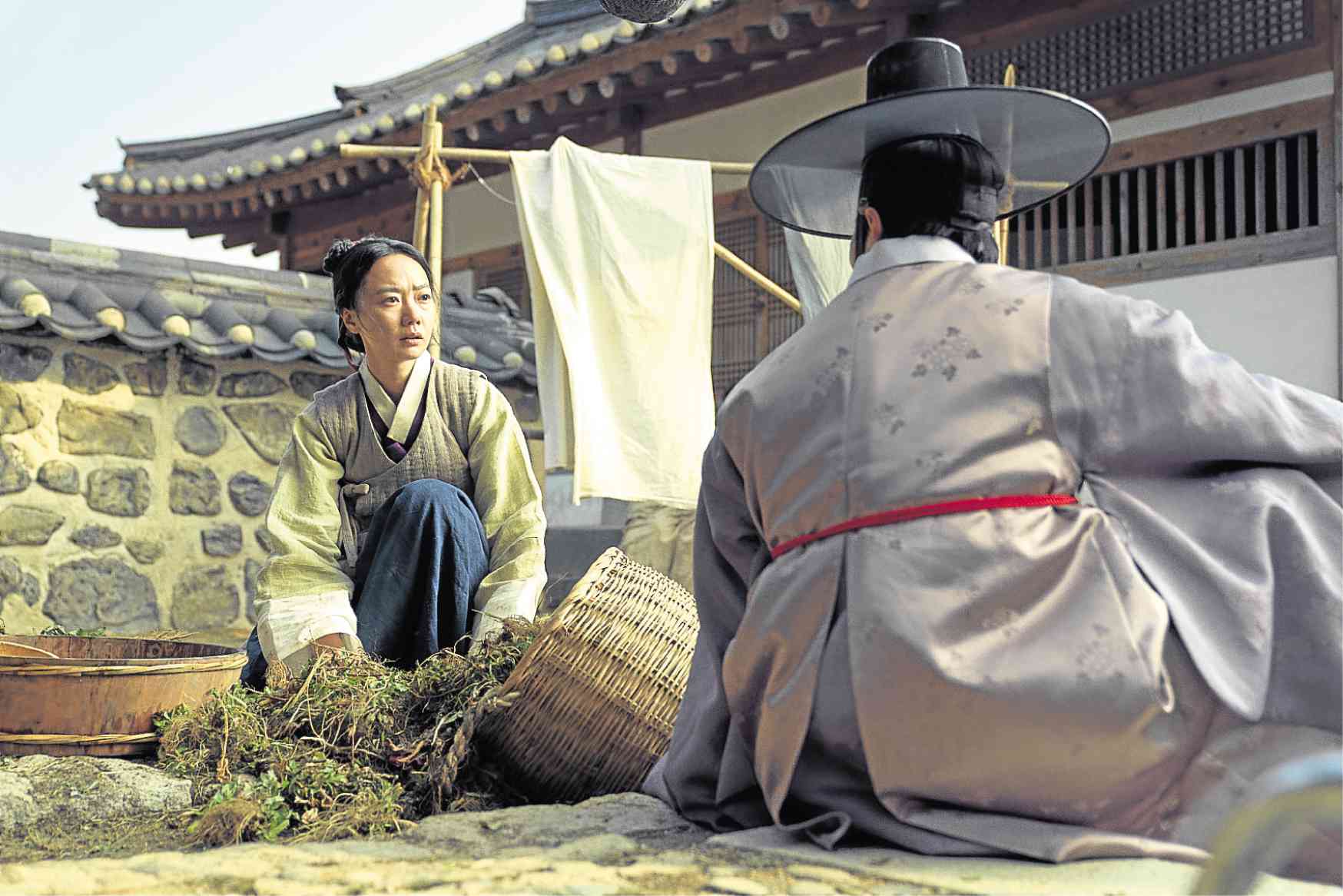 Nurse Seo-bi, played by Bae Doo-na, tries to find a cure to the plague.

Be afraid of Bae Doo-na

Bae Doo-na knows exactly what she would need if she ends up fighting zombies in real life.

“I think I will be fighting them with any agricultural tool like a scythe. I will also use water to fight them off,” she said, pausing, her eyes twinkling with mischief before she continued. “And a match, because they hate the fire.”

She plays the role of a nurse named Seo-bi in the Netflix Original series “Kingdom.” Her character tries to find a cure for the illness that plagues Joseon.

Doo-na is the most internationally recognized cast member. She has worked previously in Hollywood and Japan.

Reporters asked her numerous times the reason for leaving Hollywood and joining the drama.  She shares she chose to work in the drama because of director Kim Seung-hun.

“A lot of you wonder why I choose to work in this drama when I am already working in Hollywood. But I trust the director. I worked with him previously in the drama ‘Tunnel.’ I knew I wanted to work with him again,” she said.

She said that there are no borders when working for films. Her strategy in staying relevant is working alternately in Korea and Hollywood. She said that as a Korean actress, her performance can be best seen in a Korean-speaking film featuring Korean culture.

Director Seung-hun likewise said that he liked her in “Tunnel.” He offered her the role knowing that she has never been in a historical drama before.

“This drama is very challenging because of the cold weather. We had to work in 15-degree-Celsius temperature in these costumes. But if there are a good script and director, then maybe I will do it again,” she said.

She would later tease Jeon Suk-ho, who plays Cho Beom-pal in the drama, because it snowed whenever he had a scene. The cast later called the phenomenon the “Beom-pal effect.”

She said that her role is more of an observer rather than a fighter. Not taking part in the action felt new to her.

“I am not even sure if I can say it was interesting. But the fighting scene with the zombies was quite beautiful,” she said.