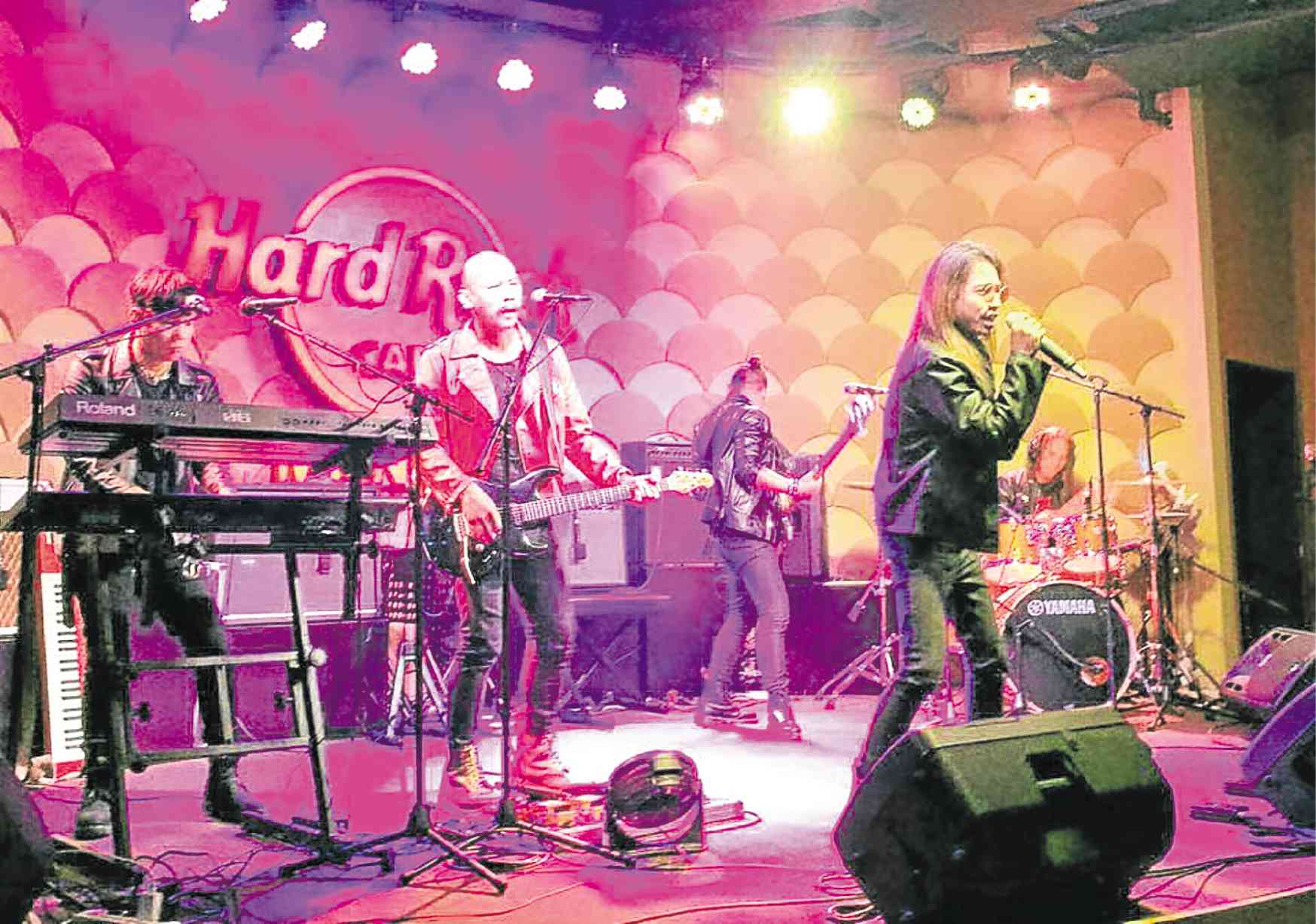 It was almost like the real thing. The music of Queen, revived in the recent biopic “Bohemian Rhapsody,” was performed live, note for note, by a Pinoy band named Ice Bucket at the grand reopening of Hard Rock Café, now at S Maison, Conrad Manila.

Though Lemuel Llanes, one of the band’s two vocalists, looked like a cross between Axl Rose and John Lennon, he sang in a pitch that matched Freddie Mercury’s.

A few songs later, the other lead singer, Emman Bunao, went onstage and took the Mercury impression to the hilt—dressed like Freddie at Live Aid complete with studded armband, but a cutoff T-shirt instead of the body-fit tanktop.

The two-vocalists setup made sense when the band played “Under Pressure,” originally a duet beween Mercury and David Bowie.

Some in the audience began dancing.

“We Will Rock You” and “We Are the Champions” provided the climactic buildup to “Bohemian Rhapsody”—leaving the crowd happy as they sampled Hard Rock Café’s signature dishes and drinks.

The burgers and other grilled meats on Hard Rock’s western menu have been retained, but with Asian flavors added.

The clothing merchandise area had the sign Rock Shop.

There seemed to be fewer rock memorabilia compared to the old location in Makati, but the most striking new decor now is the likeness of Lennon’s famed granny glasses made into two mirrors in the men’s room.

The Bistro Group, which runs this 223-seat Hard Rock Café franchise, was represented by its president/COO Paul Manuud and VP for operations Rommel Turbanos.

Beside Sofitel Philippine Plaza is Seascape Village, a new nightlife destination with restaurants and bars, including Mr. A’s Bar.

The night we visited, owner Allyza Arroyo was celebrating her birthday with South Border as guest band.

Attending to the guests was a charming lady, Thea Jimenez, who personified fun as she led her friends dancing.