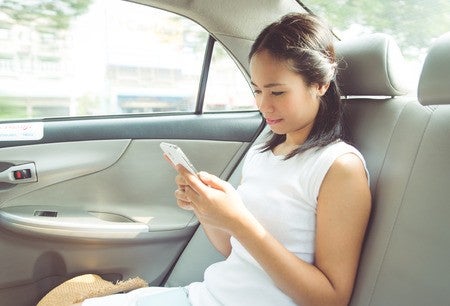 I spent more than P100k on Grab

“GRABeeeeeee.” With one word on his Facebook account, photojournalist Jilson Tiu captured the dismay and frustration of Filipinos who have come to depend on the ride-sharing service to get around.

Late last month, the company came out with the Grab Hub link (https://hub.grab.com/rides) where riders could check how much they’d spent on bookings in a specific period. After keying in the mobile number they use to book and the PIN generated, riders were instructed to enter inclusive dates (for example, Jan. 1-June 30, 2018), adjusting the end date as Grab Hub processes only a maximum of 300 rides at a time.

I consider myself thrifty, one who is aware of the periodic sales and discounts in malls and online stores. I know they’re there, but I don’t just buy for the sake of buying.

Early on, I arranged it so a sizable portion of my monthly salary is automatically deducted as forced savings, which is just common sense, and I don’t use up the remainder even if I very well could. It’s just not who I am.

I felt pretty confident starting out. For sure, it couldn’t be that high, I thought. After all, when I’m in no rush or if I’m just headed home to Quezon City from Makati, I book GrabShare, the carpool equivalent of UberPool. (I miss you, Uber.)

The shared rides are a bit longer and more circuitous but I would get to wherever I was headed in one piece. Plus, I could always escape by listening to my Spotify playlists or watching videos downloaded from Netflix. I’ve watched dozens of episodes of “Friends” and “Modern Family” on my phone.

When the numbers finally came in, I learned I had booked close to 600 rides and spent P105,672 last year, spending P10,000 more in the last six months compared to bookings made from January to June.

I admit I initially felt foolish when I saw the total. People who learned I’d spent that much all chimed in. Vehicle owners said I could’ve used that amount as downpayment for a car—unaware that I don’t drive or own a parking slot in my condo.

Regular commuters said that instead of relying on Grab, I should have just taken the MRT or other forms of public transport, not realizing that I have to look presentable (not sweat-stained, rumpled or harassed) as a sign of respect for my interview subjects or in lifestyle events I’m assigned to cover.

PR maven Angie Limbaco also expressed her frustration on social media, posting that she had spent P75,000 on bookings from April to December. “Pwede na pang-downpayment ng car,” she wrote.

When asked if she would still book Grab, she said she would. “I’m concerned about the safety of my daughter. Grab probably has the most advanced technology and established call center system. Easy to track in case something happens.”

Tiu said that knowing how much he’s spent this year, “I would ride the train as much as possible if I can.”

Still, he admitted that Grab comes in handy especially “in some situations when you’re not familiar with the place or if the place isn’t near any major roads.”

But at this point in my life, I deserve the relative comfort and convenience that come with it.