Tokie and Renato Enriquez’s places of the heart | Inquirer Lifestyle 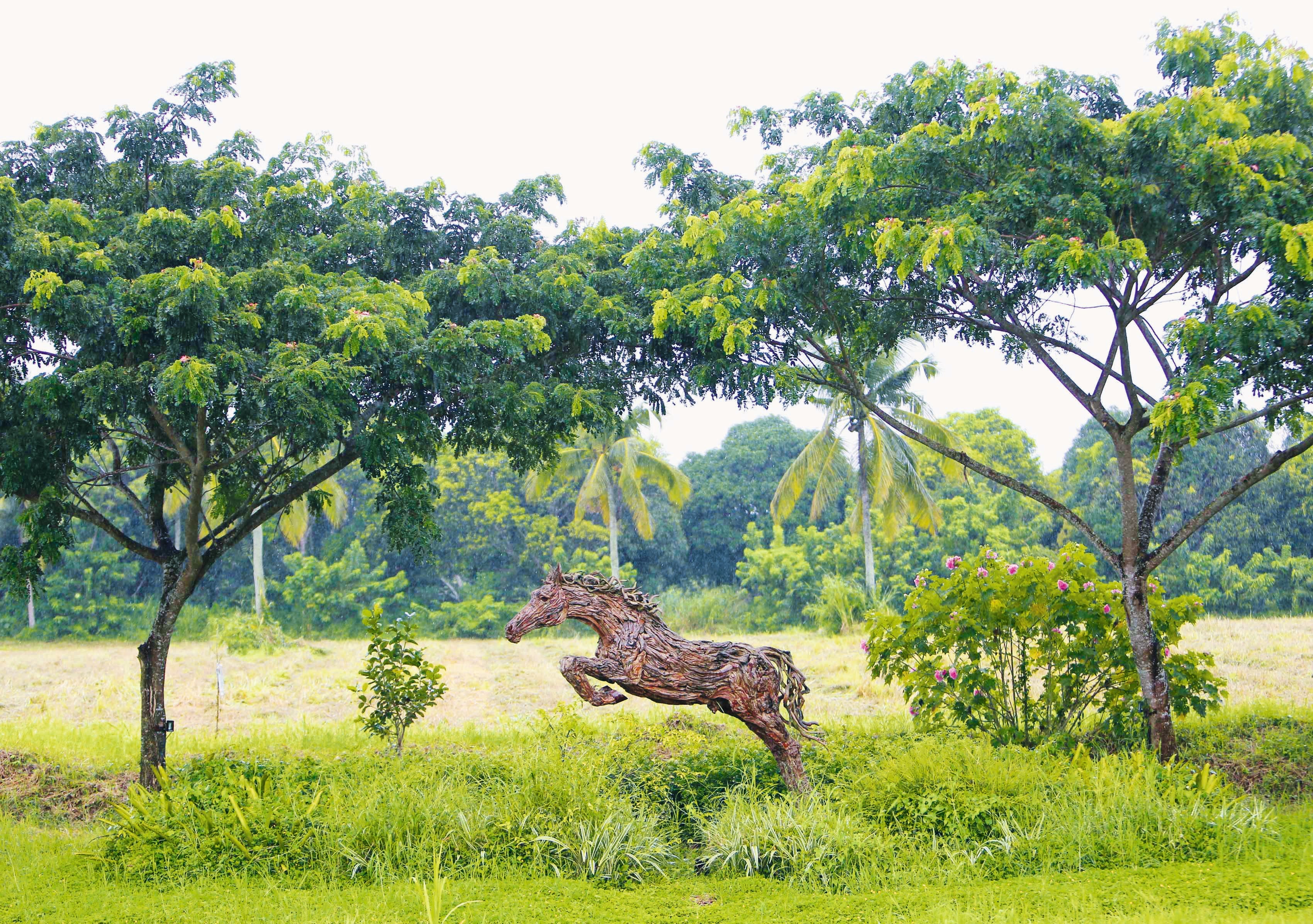 Driftwood Cebu-based sculptor James Doran-Webb’s horse sculpture made of driftwood stands out on the Enriquez farm. Photos by: LYN RILLON

Tokie and Renato Enriquez’s places of the heart

It’s not every home where the master of the manor greets his guests at the door wearing a Moroccan mask, with a hearty laugh to go with the surprise welcome.

That was exactly how Renato Enriquez welcomed us to the weekend home outside the suburbs that he and his wife, the former Maritess Tantoco, have built the past five years. 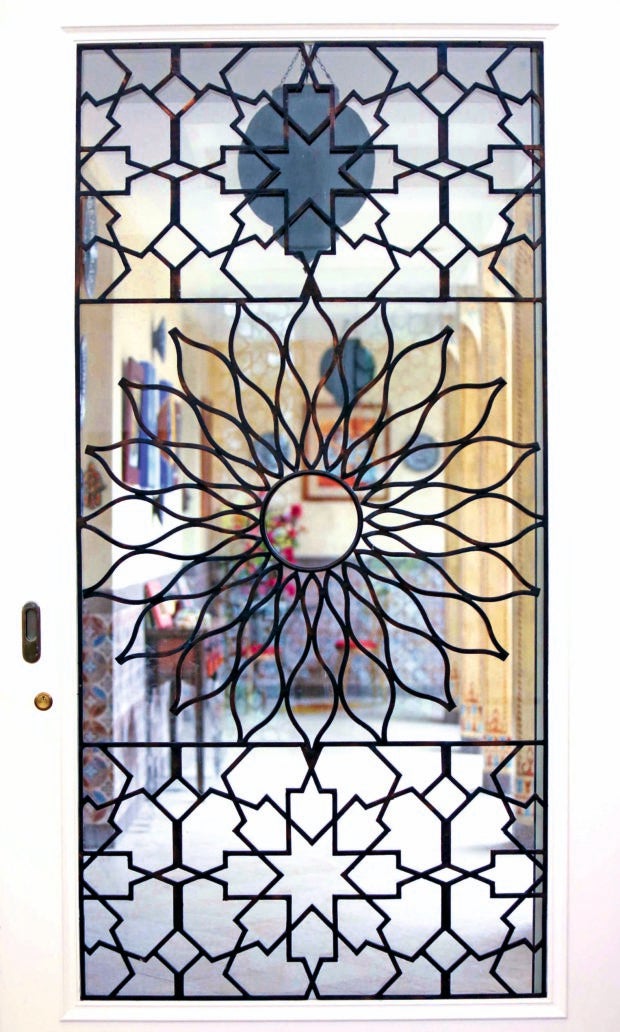 Renato and Tokie—as Maritess is called by friends—are easily among the most well-liked and fun couples
around. They may not be in every social gathering, and are usually around only for the dinners and socials of the luxury brand group SSI and Rustan’s, where Tokie is a board member. But whenever they are, theirs is a very warm and engaging presence, sometimes with memorable quotes.

Example: “You’ll be surprised how many marriages Google must have saved,” Tokie told us over lunch, as we chuckled at the new normal—how arguments over trivia and important data are settled by just googling it.

The home is in the middle of the couple’s farm. It has a name, Kasbah Habibi, carved on a sign at the door, meaning “house of love,” and friends and family who know only too well the love story of Tokie and Renato will readily understand why the house deserves its name. But that story is for another day.

We were witness to Renato’s assiduous courtship of Tokie, the youngest of the Tantoco brood of Rustan’s founders Bienvenido Sr. and Glecy, and understandably well-protected by kin and friends.

We remember how, back in the days of magazine publishing, our then boss, Ernie Lopez, surprised us with the news that we would be having lunch with Rina Go (Tokie’s good friend and then the woman behind Vise Versa), Tokie—and a friend.

That friend would be Renato, a guy who’d spent a good part of his life and career in Australia and was then Tokie’s steadfast suitor. If there was such a thing as running the gauntlet at lunchtime, that was it for Renato, who not only won us over, but also became the happy spark of the conversation.

The couple have been married 14 years, and took five years to build Kasbah Habibi, the Moroccan-inspired weekend home and farm.

“Kasbah Habibi is my happy place—it’s our first real home,” Tokie told us. “We have been renting a house the last 14 years, so the feeling of having a place we can truly call our home is exhilarating.”

After the hilarious welcome from Renato, what greets you is the sight of the courtyard, with a fountain in the middle built with Romblon marble. The private rooms are built around the courtyard, each of their doors a hand-painted work of art by Filipino painter Alfred Galvez.

The house is all Moroccan vibe, a throwback to the many years Tokie spent there working in the family retail business and later, with Renato. Morocco blends with Filipino artisanship in this house—the execution was done by Filipino artists and artisans sourced near and far.

“After having lived in Morocco for five years or visiting my parents there since 1988, it became very much a part of me,” Tokie said. “I feel like a local there. I just don’t speak Arabic, but I love the whole culture and the people.

“When we returned to Manila, I decided to sell Moroccan furniture and house decor. After a few years, we decided to build a home and since I was getting tired of joining bazaars, I said I would just use my remaining items for our Moroccan-inspired home.”

The couple tapped design consultant Andrew Laurel to execute that Moroccan design statement, from the vibrant colors of the rooms to the accents that have come to define the home and its mood.

Apart from asking the painter Galvez to turn the doors into conversation pieces of art, Laurel used the couple’s Moroccan collection of pottery, crafts, metalwork, home fixtures, even street art to decorate the home, turning its corners into interesting vignettes and the walls lining the corridors surrounding the courtyard into a veritable gallery space. It must have been a challenging curatorial task.

“The main objective (of the couple) is to fuse Moroccan art with Filipino artisanship,” said Laurel, so that it became a challenge for him to source the artisans, especially just around the area.

The jaw-dropping feature in the house is easily the living room with its cathedral vaulted ceiling. The room is neither vast nor grandiose, but it is a masterstroke of design.

“The ceiling height becomes the focal point,” explained Laurel. It bears the shapes and graphic details associated with Morocco. The vaulted ceiling is handpainted.

The design works—it makes the room cozy, airy and well-lit. There are glass windows in the parameters of the
ceiling to let the natural light in.

“The idea is to practice restraint so as not to create a carnival atmosphere. I was taking directions from the couple,” recalled Laurel.

The atmosphere was definitely not carnival, but chill. That afternoon, in the cozy living room, friends Irene Araneta, Bernice Ocampo, Jojo Ongsiako and Rina Go chilled, right after Irene and Bernice arranged the fl owers, and as Tokie attended to the last details of lunch.

Shortly, Tokie’s father, the patriarch of the Rustan’s Group, Ambassador Bienvenido Tantoco, arrived with his younger brother Ricio and his wife Sally. We sat around the dining table listening to their heartwarming, hilarious reminiscences.

Lunch couldn’t get any better than that.

“We look forward to being here on the weekends,” said Tokie. “I just veg out—for exercise I put on a yoga DVD which I love. The peace and quiet is the best.”

And gentleman farmer Renato has his animals, including an ostrich, that keep the surroundings alive.
Kasbah Habibi reminds me of “pentimento”—you scratch the surface of its Moroccan images, and underneath you find what matters most, family love.