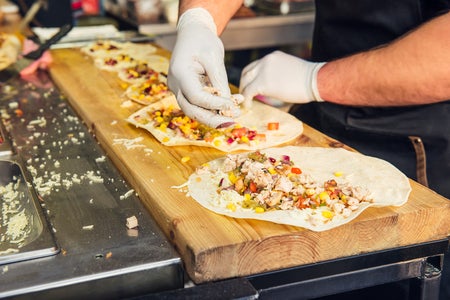 Operators of taco trucks packed up their wares and drove to some schools under the Los Angeles Unified School District (LAUSD) in California, United States to give food to its teachers on strike.

The teachers’ strike began on Monday, Jan. 14, and saw over 30,000 members of the teachers union walking out to protest for smaller class size, better pay and more support staff in their schools.

There are over 1,200 schools under the district and around 485,000 enrolled students, with only a third of the district’s student population coming to school that day, as per Los Angeles Times on Jan. 14. On the other hand, thousands of teachers were reported to have arrived at their schools before sunrise that day where they were joined later on by students and other staff.

The taco trucks have set up outside various schools, one of which was the Ramon C. Cortines School of Visual and Performing Arts in Grand Avenue, Los Angeles, where about 50 people were picketing.

Among the picketers were husband and wife Tirsa and Steve Farah, who brought a cart with coffee and conchas (Mexican sweet bread) to give to those who were in the protest. The protest strikes a personal chord in Tirsa who comes from a family of teachers.

She shared in the report that her mother has been a teacher for over three decades at the James A. Garfield High School in East Los Angeles. She and her husband chose the Cortines School because it was near her cafe, aptly called Tirsa’s Mexican Café.

“I couldn’t not do it,” she was quoted as saying. “This is history in the making. They’re (teachers) the heroes.”

It is expected that more taco trucks will be taking to schools in North Hollywood, El Sereno and Boyle Heights, among others, to give food to teachers. Meanwhile, schools under the LAUSD remain open and continue to fully operate in view of the strike. Cody Cepeda/JB