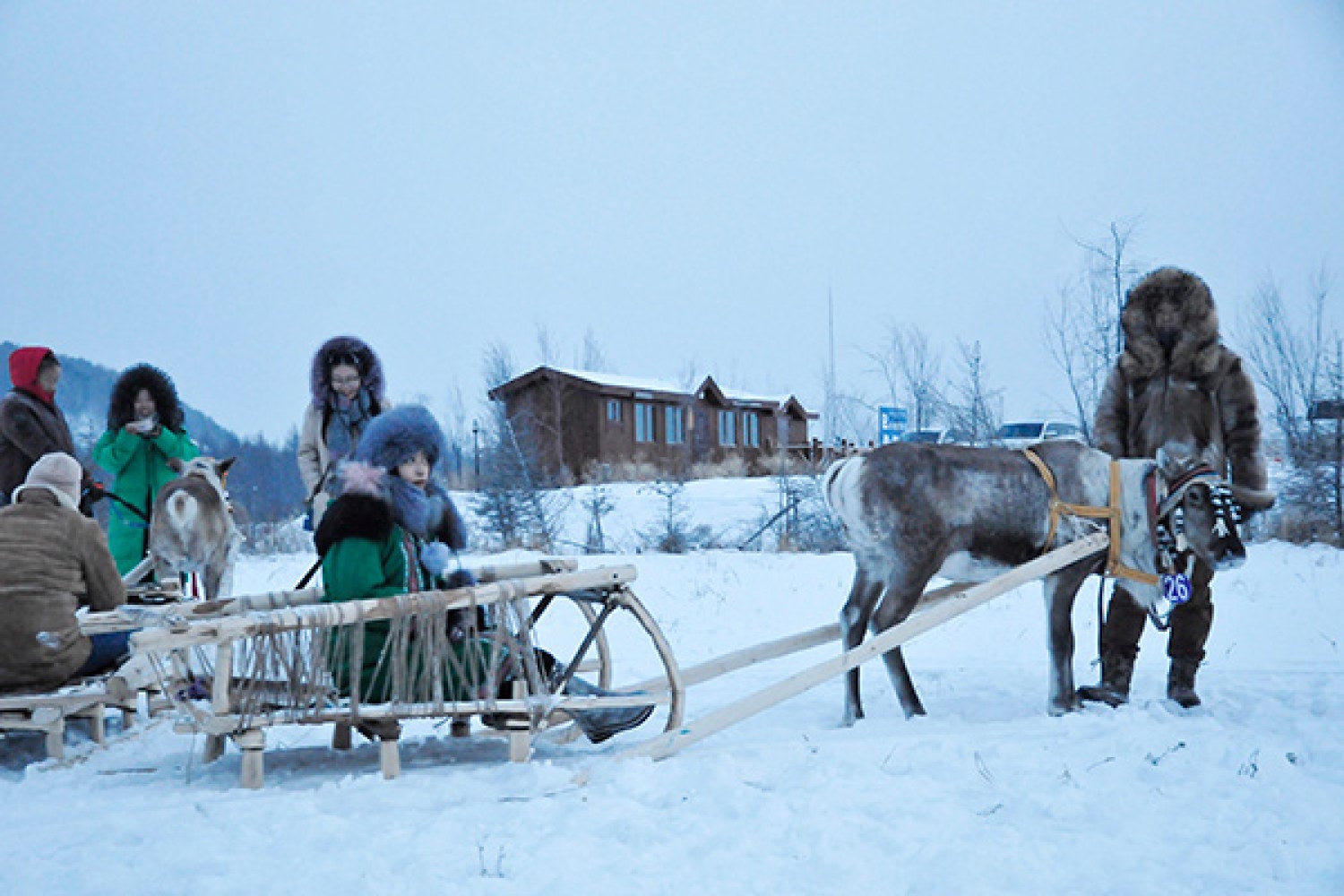 A place where reindeer reign dear

BEIJING — Visitors to one of China’s chilliest destinations can enjoy scalding hotpot in the open air and flavored ice for dessert.

Some bold male visitors strip down to their waists for photos in front of ice walls.

Lengjidian in the Inner Mongolia autonomous region’s Genhe city holds the record for the country’s lowest recorded temperature-that is, -58 C in 2009.

The National Climate Center recently issued a certificate to Genhe city as China’s lengji (“the pole of cold” in Chinese), after an assessment by experts.

Its mountainous landscape is sheathed in snow, and trees are coated with rime.

The nearest village to Lengjidian is called Lengji, about 13 kilometers away from the “pole”. It draws visitors who enjoy farm stays, local cuisine and dog sleds.

The settlement was a forestry-operated timberland until the commercial felling of trees was banned in 2015.

A huge thermometer announces the temperature near the village gate. Winters hover around-40 C.

Genhe’s Aoluguya Ewenki ethnic township is home to China’s only reindeer-herding tribe. The animals were their main mode of transport until the 1950s.

The roughly 300 members of the local Ewenki tribal branch raise about 1,200 of the deer.

China became the ninth country to join the Association of World Reindeer Herders when Aoluguya became a member in 2008.

Villagers were relocated outside of the forests to protect the woodlands and improve their livelihoods in 2003. Many work in the tourism industry. Some still raise reindeer.

They can also send postcards featuring reindeer from the Christmas post office.

Genhe city is next to Oroqen autonomous banner. It’s said to be the birthplace of Xianbei, an extinct ancient ethnic group.

It’s today home to the Oroqen people, another ethnic group with a small population in Inner Mongolia.

The Oroqen people in traditional attire perform shamanic rituals to offer sacrifices to the god of fire at the annual yisaren (“assembly” in the Oroqen language) ice-and-snow festival held between December and March.

Visitors can enjoy large ice sculptures, ride on horses with hunters (guns were banned years ago) and visit the Oroqen ethnic-culture museum.

They can also join such winter sports as horse-sleigh riding, hiking and a local version of soccer.

The Oroqen people make such household utensils as bowls from birch bark. This necessity has evolved into souvenirs for visitors.

The government supports the tradition’s preservation and promotion.

“Tourists prefer birch-bark handicrafts made using traditional techniques, because they’re stitched with horse hair rather than glue,” says 37-year-old He Lei, whose aunt taught him the craft as a child.

“Worms won’t eat them. And they’re good for storing tea.”

Visitors who make the journey to Genhe city and Oroqen autonomous Banner in winter will discover how its cold climate has shaped Ewenki and Oroqen cultures, and they can experience the warmth of its people.