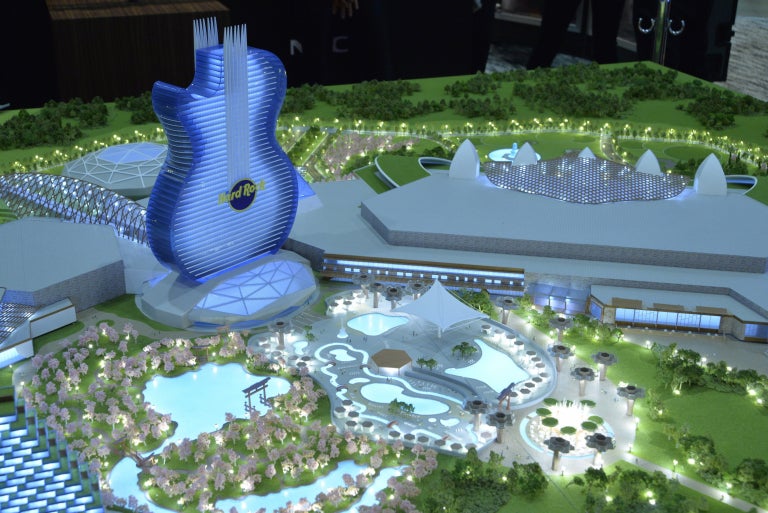 Hard Rock International has pulled back the curtain on a major new project that will open in Hokkaido, Japan, featuring its signature guitar-shaped hotel and Broadway show “King Kong”.

Hard Rock Japan’s World-Class Entertainment Resort is set to open on Japan’s northernmost island as a major entertainment and tourist destination in the region.

Anchoring the project is the brand’s iconic electric guitar-shaped hotel, which will serve as the property signpost. Drawings also call for a Four Seasons Resort, Hard Rock Live venue and Music Rock-n-Roll Hall of Fame, which will highlight the achievements of Japanese, Asian and other global artists.

Guests will be able to access the resort via monorail from the Chitose International Airport.

The resort will also bring the Broadway musical of “King Kong” to Japanese audiences in new theaters and feature 215,000 square feet of retail and dining space.

The high-tech development also calls for guest and security services to be unlocked with facial recognition technology across the property. An opening date has not yet been released. JB

Plovdiv: Europe’s other Capital of Culture for 2019