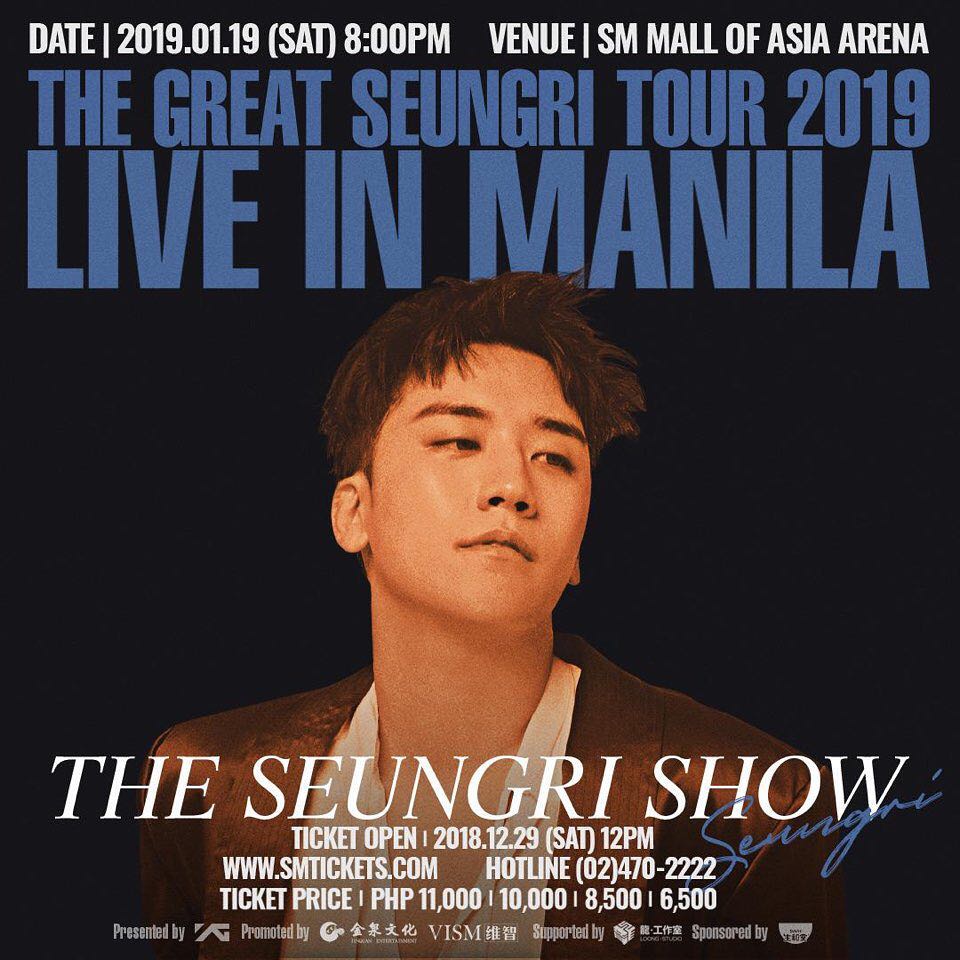 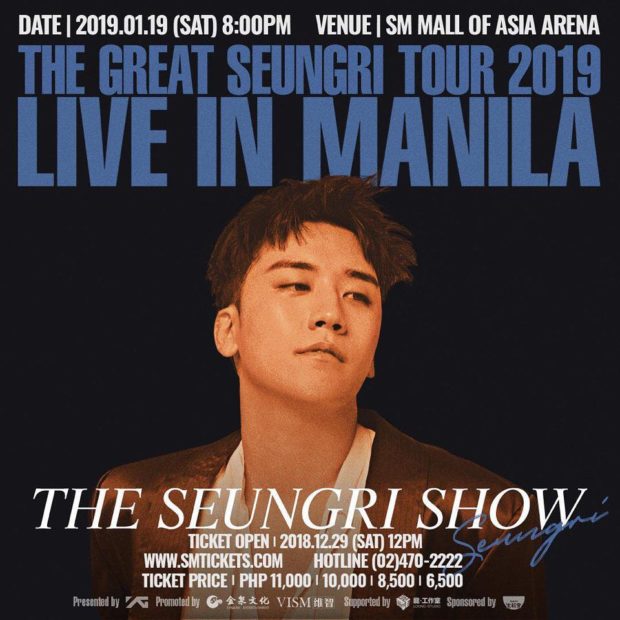 Fans of South Korean group Big Bang are upset over the statements Seungri made during his solo concert in Hong Kong last Saturday, January 12.  VIPs (fandom name) call this a mistreatment of the group’s maknae (youngest).

The video shows  Seungri onstage talking to his fans in Mandarin.  The video has subtitles that his fans translated.

Story on the stage

“Just one week ago, my boss, YG called me.  (He asked) ‘Seungri what are you doing?’

‘You have a solo concert in Hong Kong?’

Fans could be heard screaming in the background as he continued with his anecdote. He said that YG (referring to its founder Yang Hyun-suk) no longer cares about him. He also said that YG Entertainment has plenty of good artists like Blackpink, Winner, and iKON.

He continued to say that his boss asked him if he needed backup dancers. Seungri told him that, of course, he needed dancers.  His boss responded that he didn’t need the dancers as it was a solo concert.

He was told that he can do everything on his own since it is “The Great Seungri Show.” At this point, Seungri switched to the English language to continue telling his story to the audience inside Asia World Expo, Hall 10.

“So my dancers just went to the Blackpink concert in Thailand right now. I have only two dancers now. Okay.  I’m fine! Okay, Blackpink, I’m fine,” he said.

He switches back to Mandarin to say that he’s old therefore he is fine.  He also said that he is okay and he was just kidding.

“So tonight, the Great Seungri Tour Show.  I have only two dancers right now.  But I have, I have, I have you,” he said to the screaming fans.

Make this go viral let everyone see the frustration and mistreatment Seungri has been always facing how YG ain’t shit. #SeungriDeservesBetter pic.twitter.com/1AvRSHEM9K

There are those who argue that Seungri was joking.  He is known to have a wry sense of humor which is showcased in his Netflix show “YG FSO”.  His fans are quick to answer that his tone says otherwise.

They plan on making the hashtags #SeungriDeservesBetter and #YGTreatSeungriRight trend on Wednesday, January 16, 9 PM to protest.

Big Bang Philippines president Chi Manimbo said that they want to make it clear that they are not mad at any artist.  They are frustrated at the way the group has been managed.

“VIPs from all over the world feel for Seungri.  We love our maknae and we just want to hug him and each other.  We were really sad because he shouldn’t be treated that way. We are not mad at other artists.  We are frustrated with YG’s mismanagement,” she said.

Seungri will be in Manila on Saturday, January 19, for the The Great Seungri Show.  Even this stop came as a surprise to fans.  Manimbo said that the announcement for the concert only came out last month.  Ticket selling started on Dec. 29.

“Normally they announce the concert months before,” she said.  The early announcement gives fans the opportunity to save up for the event.

Despite the short notice, Seungri’s fans have prepared for his arrival.  Big Bang PH worked with Gotta Talk 2 VI PH and Seungri PH for their fan project.  Manimbo prepared chocolate chip cookies and biscuits placed inside panda wrappers to give away to fellow fans on the concert day.

“We believe in Seungri.  He is a one-man show.  His energy and presence make him the Great Seungri,” Manimbo said.

Tickets for The Great Seungri Show happening on January 19 are available on SM tickets. Sandara Park will join him in the concert.