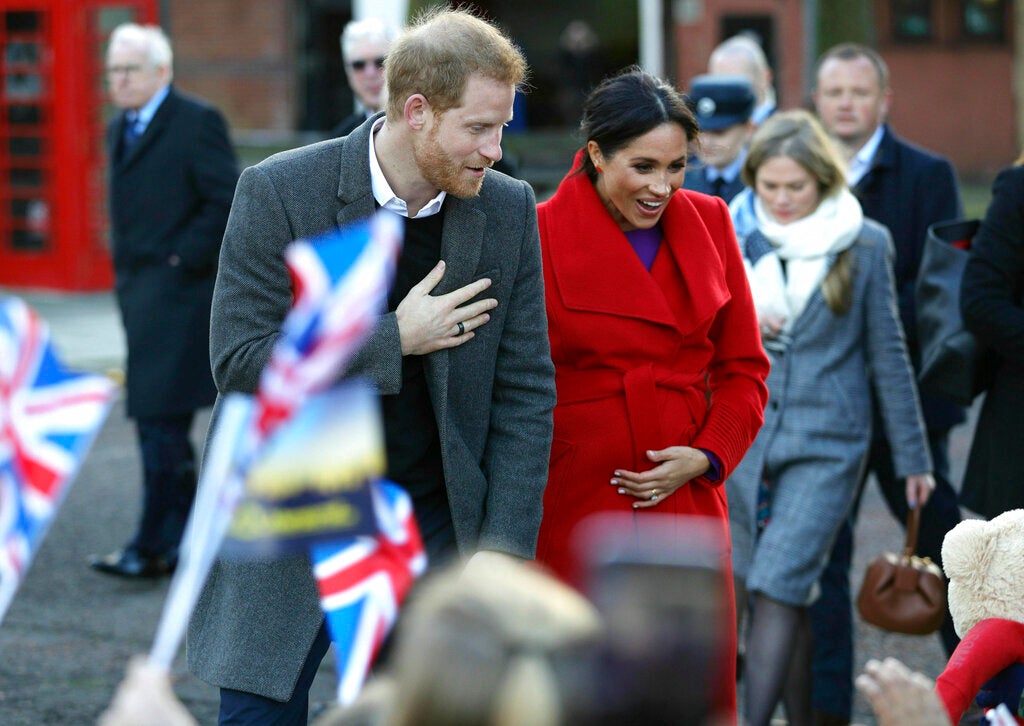 Meghan, the Duchess of Sussex and Britain's Prince Harry talk to the crowds as they unveil a new sculpture in Hamilton Square to mark the 100th anniversary of war poet Wilfred Owen's death, during a visit to Birkenhead, England, Monday, Jan. 14, 2019. Image: Aaron Chown/PA via AP

Prince Harry and Meghan Markle have shown a natural affinity with children during their public outings—no doubt, too, that they are excited as expecting parents.

During a gathering at Birkenhead, a town in northwest England, the Duke and Duchess of Sussex took to the crowd’s warm greetings and interacted with children.

The royal couple was at the town’s Hamilton Square to visit a new sculpture of war poet Wilfred Owen on the 100th anniversary of his death.

Among the couple’s well wishers in the crowd were blind children, so they stooped down to allow the kids to touch their faces, local member of parliament Frank Field told People on Jan. 15.

Harry assisted his wife as she bent down to bond with the children. According to one netizen, a certain TraceyMarie (@TraceyMariex), the Duke held onto Meghan while she shared a special moment with her blind niece.

Even sweeter. The little girl with the grey hat with a black bobble (My niece who is blind) Harry held on to her ensuring she was safe. Meghan went down on the floor to take a card she had made for her in braille. They'll make great parents .#PrinceHarry #MeghanMarkle @SkyNews pic.twitter.com/FsH67nOp5H

“Meghan went down on the floor to take a card she had made for her in braille,” she said yesterday on Twitter. “They’ll make great parents.”

Their visit also entailed a visit to a school, a supermarket with a feeding advocacy for those in need, a youth community and a women’s empowerment group.  /ra