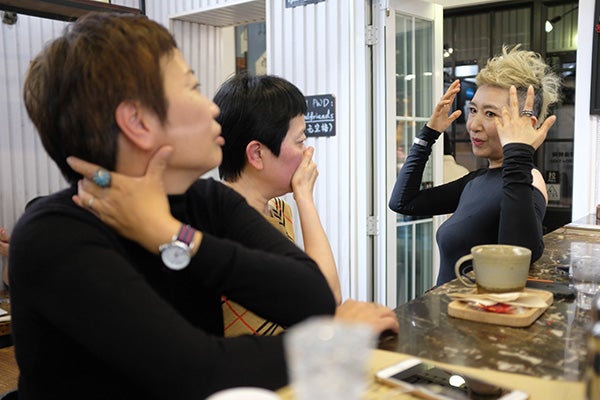 Age is just a number for China’s senior catwalk models

She made her modeling debut just two years ago and is already working for leading fashion brands.

Ma is one of a growing number of older models sought after by Chinese and international labels trying to court the country’s growing faction of “silver spenders”.

She seems to embody this target market of older Chinese, who are spending more on themselves.

“I never go out without dressing up and getting made up. I never let myself look like an old granny,” Ma said at a recent show for Uooyaa, which used a mix of younger Chinese and foreign models, as well as seniors.

Once confined largely to life insurance and healthcare ads, glamorous Chinese seniors are in demand for high fashion today.

“They save me as ‘best for last’ in fashion shows after young models, so I am quite visible,” Ma says.

By 2050, one in three people in China, or 487 million people, will be over the age of 60-more than the population of the United States-according to Xinhua News Agency.

This graying population, combined with rising incomes and living standards, means an explosion in consumption by China’s elderly is forecast in coming decades.

Once expected to selflessly stay home and mind the grandchildren, seniors-particularly women-have become a coveted market for products like clothing, fashion accessories, cosmetics and travel, according to consumer-research firm Mintel.

“A sense of sophistication can show in the facial expressions of seniors,” explains the 52-year-old.

Liu only began modeling two months ago and does it as a hobby. The owner of two listed companies, he typically appears in adverts as a successful businessman.

“The market for senior models in China is not huge yet, but it is growing,” says Michelle Chien, a modeling agent with ESEE Model Management, one of the city’s largest agencies.

This echoes a trend now well established in Western markets, where brands have been keen to tap the pockets of the affluent older generation.

In the past five years, catwalks globally have seen greater age diversity and such models in their 60s and 70s as Jacky O’Shaughnessy, Jan de Villeneuve and Elon Musk’s mother Maye Musk making names for themselves as fashion stars.

In her youth, Ma had hoped for a career in fashion design. She moved to Japan to study in the 1980s but did not graduate as she could not afford the fashion fees.

But she did not start modeling until getting her first gig two years ago, after sending her photo to a Shanghai fashion house.

Despite fashion brands embracing the gray hair and wrinkles that come with older models, Ma says it is still important to stay stylish and in shape.

She gets her hair done every three weeks, and stays fit with daily breathing exercises and regular workouts at the gym.

“Keeping in good health keeps me on the catwalk,” she says. “There is no age limit in fashion. So, hopefully my dream can continue.” Xinhua