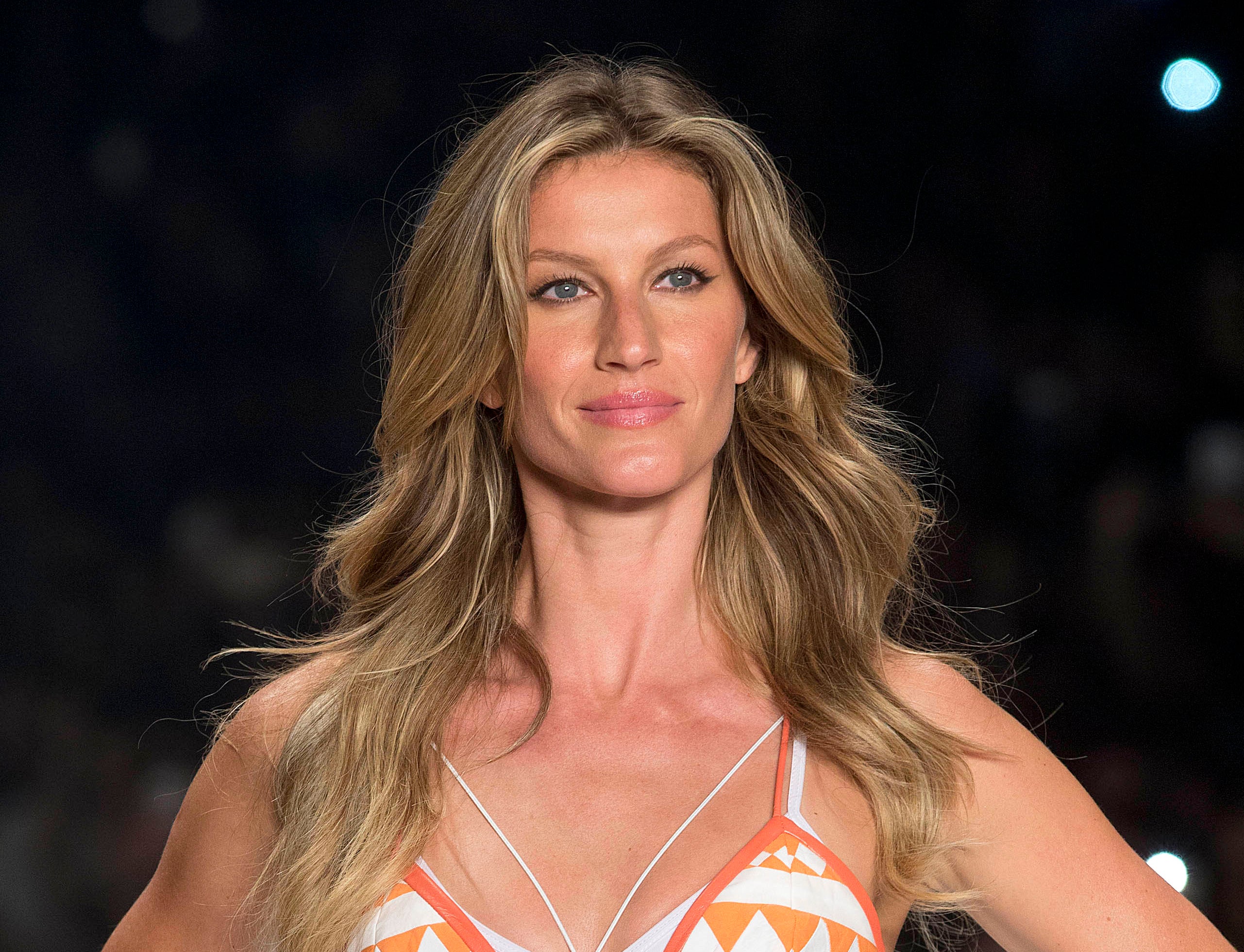 In this April 15, 2015 file photo, Brazilian supermodel Gisele Bundchen wears a creation from the Colcci Summer collection at Sao Paulo Fashion Week in Sao Paulo, Brazil. Bundchen is firing back at Brazil's agriculture minister for saying she is a "bad Brazilian" for denouncing deforestation. Bundchen said Wednesday, Jan. 17, 2019, that she would be happy to promote any actions toward sustainability and that her comments on the environment are based on science. She says those behind deforestation are the "bad Brazilians." Image: AP/Andre Penner

Gisele Bundchen fires back in feud with Brazilian Minister

RIO DE JANEIRO (AP) — Brazilian supermodel turned environmental activist Gisele Bundchen is pushing back against the agricultural minister in her homeland, along the way wading into a growing debate about the future of the Amazon.

The brouhaha began Monday when Minister Tereza Cristina Dias accused Bundchen of tainting the country’s image abroad. During a radio interview, Dias called the supermodel a “bad Brazilian” for denouncing deforestation and said the model should be promoting Brazil’s agriculture and industries.

Late Wednesday, Bundchen wrote a measured response, saying she would “be happy to announce positive actions” taken toward sustainable development.

In her letter, Bundchen said she was surprised by the derogatory mention. She said her criticisms, which included a series of Tweets last year, were based on science and came from a “worried Brazilian citizen.”

Citing a 13 percent increase in deforestation in Brazil, Bundchen said those behind illegal land occupations were the “bad Brazilians.”

The public feud underscores the enormous international attention being focused on the Amazon basin and fears that Bolsonaro’s administration is geared to roll back environmental protections.

Home to the lion’s share of the Amazon, the world’s largest rainforest, Brazil is seen as a key piece in fighting climate change. But Bolsonaro, a close ally of the agro-business caucus, has garnered the wrath of environmental advocates around the world for his views that the Amazon should be less regulated to make room for agriculture and other industries.

Bolsonaro has spoken out against environmental regulators, who he says have created an “industry of fines,” and has promised that he will not give indigenous tribes “one more centimeter” of land.

During the radio interview, the agriculture minister, nicknamed the “queen of poison” for pushing for legislation in Congress to loosen rules for pesticide use, was asked about the “PR problems” that have come from the model’s activism.

“It’s absurd what they do today with the image of Brazil,” she responded. “For some reason they go out and paint a picture of Brazil and its industries that is not true.”

“Sorry, Gisele Bundchen,” she continued. “You should be an ambassador and say that your country conserves, that your country is on the global vanguard of conservation, and not go around criticizing Brazil without knowing the facts.”

In her letter, the model described over 12 years of environmental activism, which earned her a spot as a U.N. environment goodwill ambassador.

She said she has visited the Amazon several times, has learned about the reality of Brazil’s vast northern rainforest and has collaborated with leading scientists, academics, activists and companies on the issue of climate change.

Bundchen encouraged Dias to use technology and scientific knowledge in Brazilian agriculture to avoid further deforestation that could lead Brazil “past the point of no return.” CC

Supermodel Gisele Bundchen takes her last turn down the catwalk