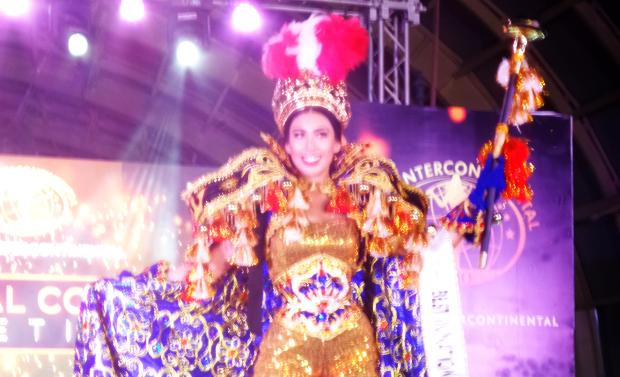 The 20-year-old Peruvian contender bested 82 other aspirants in a competition staged at the Crystal Corridor of Okada Manila in Parañaque, Saturday night.

Delegates from five continents showcased their respective countries’ cultures through their colorful and voluminous costumes, some featuring feathers, elaborate headpieces, and capes.

Reigning Queen Veronica Salas made it in time for the program from Mexico, and was on hand to award Valenzuela, together with 2010 winner Maydeilise Columna of Puerto Rico.

No Filipino woman has ever won in the pageant’s 46-year history. The closest the country has ever gotten to the crown was in 1993, 2015 and 2017 with the second-place finish of Sovietskaya Bacud, Christy Lynn McGarry and Katarina Rodriguez, respectively.

The 47th Miss Intercontinental coronation night will be staged at the Mall of Asia Arena in Pasay City on Jan. 26. /atm