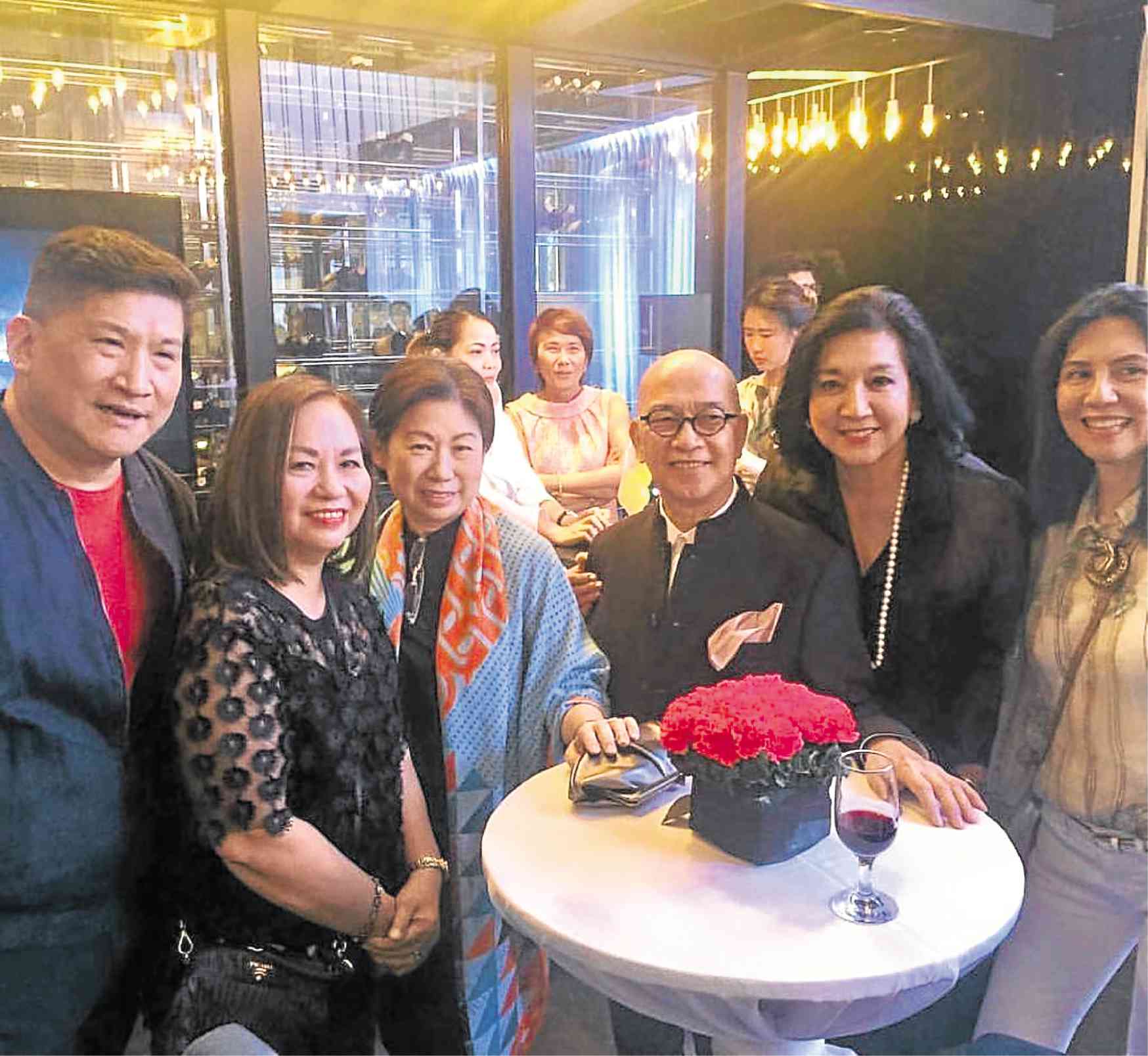 One of the designers who shepherded Filipino fashion design in its golden age from the ’70s to the ’90s, Gaupo helped pioneer Philippine ready-to-wear (RTW), particularly with SM, and also made a name in high fashion with his innovative designs and flamboyant colors.

He had the Cesar Gaupo RTW line for SM for decades, and became one of the trusted team members of the Sy family, particularly Tessie Sy-Coson.

He was one of the most notable graduates of Slim’s Fashion School, where he apprenticed for a year with Slim’s founder and the country’s leading couturier in the ’60s, Salvacion Lim Higgins.

“He always visited the school and would even sit on our student evaluation panels,” said Mark Higgins, an artist who now runs the school with his sister Sandy.

Gaupo’s early designs helped build the local market for RTW.  But even while his RTW line at SM, starting at SM Boutique Square, was drawing a big clientele, he was also becoming popular for his made-to-order cocktail wear, evening wear and wedding gowns.

The muses of his collections, led by Gina Leviste, became top models.

Gaupo earned the rare distinction of having designed a leading foreign fashion brand, Shanghai Tang. He was one of only three Filipino designers to have headed the creative design team of a foreign fashion house. (The other two being Roy Gonzales for House of Jean Patou in Paris, and Monique Lhuillier who founded her brand in California.)

Gaupo headed the Shanghai Tang design team in the mid-2000 in Hong Kong, where he was based. He designed its full year-round collections.

He returned to Manila after he left Shanghai Tang to pursue home design as well, and expanded his thrust to include lifestyle design.

Gaupo even did the interior design and the branding of a fine dining restaurant, including its menu. He also started work on a resort in the north.

His weekend home in Laguna became iconic for its modern nipa hut design.  Its  unique innovations helped develop his following in interior design.

Gaupo was supposed to join the Inquirer Lifestyle’s Face-Off on Feb. 17, a bridal fashion collection to be presented with Seda Vertis North.

A poignant detail was that his colleagues in fashion—from designers to models—feted him on Friday night for his birthday. His former bosses, Coson and Elizabeth Sy, were around.

He had a full night of fun and reminiscing, but didn’t wake up from Friday night’s sleep.

Funeral details are being arranged.