Clint Eastwood’s casting director is a Fil-Am: ‘Write our stories. Show them who we are’ | Inquirer Lifestyle ❮ ❯ 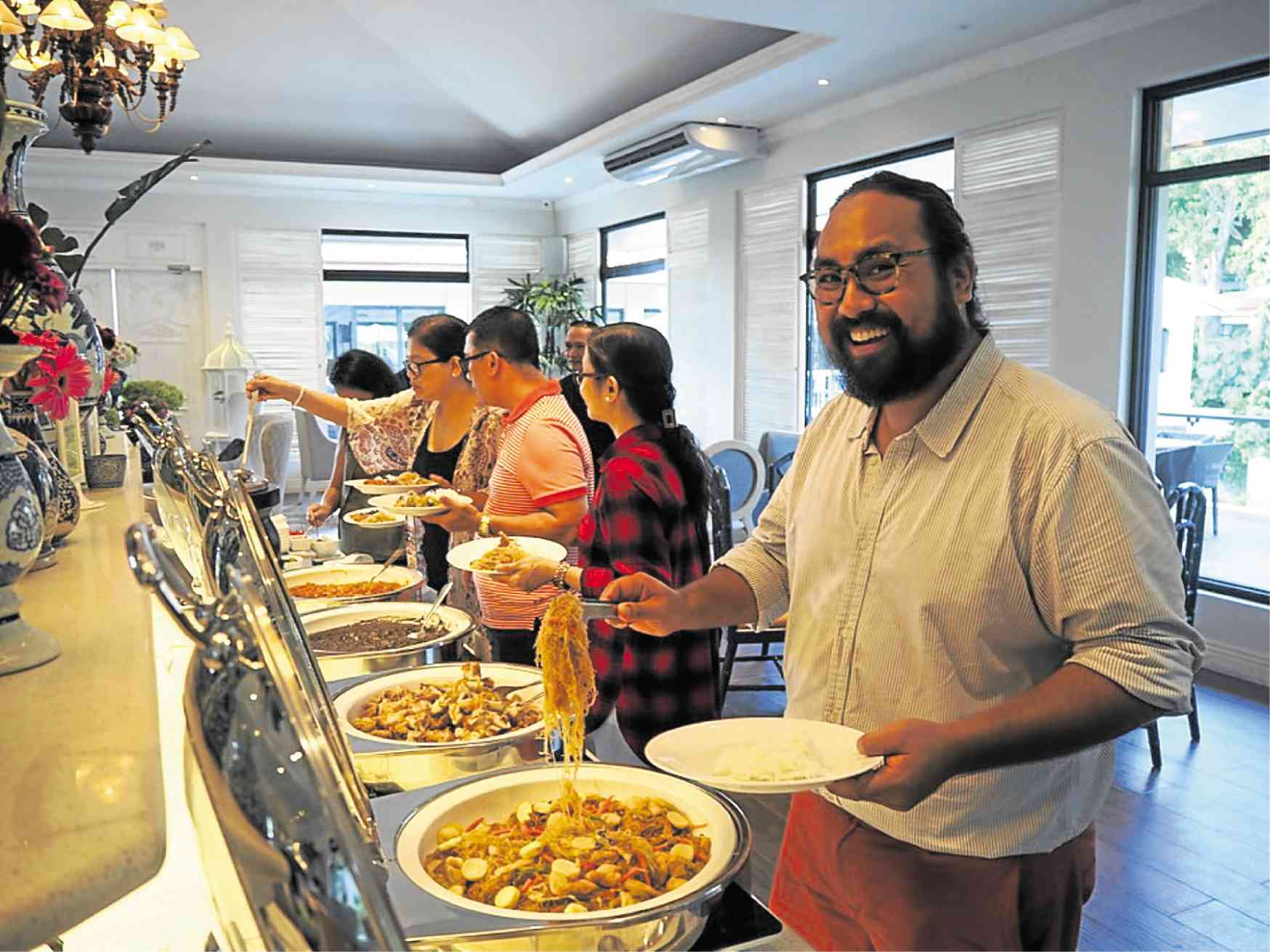 Geoffrey Miclat on a recent visit to the Philippines

Clint Eastwood’s casting director is a Fil-Am: ‘Write our stories. Show them who we are’

Born and raised in the United States, Miclat was in town for the holidays with his Florida-based Filipino parents, physicians Nora and Marciano Miclat Jr. (Geoffrey’s dad is the writer’s brother-in-law.—Ed)

“I felt inspired while casting ‘The Mule.’ Not only was Clint returning to the big screen for the first time in six years, but it was based on true events, too,” says Miclat, whose last visit to the Philippines was when he was 6.

The film is about a 90-year-old World War II veteran who fell on hard times and turned to transporting drugs and money for a Mexican cartel.

“It may not be politically correct for a mainstream Hollywood movie,” says Miclat, “but it is a story of redemption.”

He is fortunate to have been able to assemble an amazing and talented cast, including Bradley Cooper, Laurence Fishburne, Michael Peña, Dianne Wiest and Andy Garcia.

“From top to bottom,” he says, “I could not be prouder of all the actors that contributed their talents to this film, making me look good myself!”

On working with the legendary actor-director-producer, Miclat says: “I pinch myself often thinking how I ended up here and constantly remind myself to be present in each moment and to be grateful for the opportunity.”

As a director, “Clint trusts his actors,” Miclat says. “As an actor, he trusts his instincts. As a co-worker, he gives us freedom to do our jobs… He is a man of few words, and he has a great sense of humor.”

After graduating from Fordham Preparatory School in 1999, Miclat attended Villanova University in Pennsylvania.

“After getting kicked out of psychology”—his parents wanted him to take up medicine—“in my senior year, I graduated somewhere near the middle with a general arts degree in 2003.”

Film came within Miclat’s grasp when he was a senior in high school, and a girl friend asked him for a ride to an audition in a local parish play. He was convinced by the director of the play to audition for a part.

“I ended up getting the second lead. The director was Phyllis Huffman, Clint Eastwood’s longstanding casting director, who later would be my first boss and mentor.”

“Geoffrey’s job is just like any other job,” recalls his anesthesiologist mother, Nora Ingles, who, like his plastic surgeon father, took up medicine at the University of Santo Tomas. “He started at the bottom and worked his way up to the top.”

The first film he worked on as an assistant casting director was “Million Dollar Baby” (2004) with Huffman in her New York office.
Says Miclat on the experience: “Technically I was on her personal payroll, so I was not credited on the film, but I was involved in the entire casting process in New York.

“As an assistant, you do whatever is asked, whether that is running the camera in the audition room, calling out and confirming auditions, typing up all the lists and documents or getting lunch/coffee.

“I also spent a lot of time doing something we don’t do anymore in the digital era, sorting the hundreds upon hundreds of pieces of mail (mainly headshots).”

He stayed with Huffman until she passed away four years later, in 2006. He grieved the loss of the lady he considered his second mother.

A month after, he was asked by Ellen Lewis, Martin Scorsese’s casting director, to work for her.

In 2012, he debuted as casting director in the movie “Trouble with a Curve,” starring Eastwood, Amy Adams and Justin Timberlake with director Rob Lorenz. The latter was a longtime producer at Eastwood’s company Malpaso.

Says Miclat: “When Rob got the opportunity to direct this film, he decided to take a chance on me. I am very grateful he did.”

Outside of Eastwood’s office, Miclat worked for some of his casting heroes as their casting associate. “Under their tutelage, I was able to work on films directed by Martin Scorsese, Mike Nichols, Woody Allen, Spike Jonze, Sam Mendes and Nancy Meyers.”

Miclat considers “Letters from Iwo Jima” his most challenging film. Ninety-eight percent of the film was in Japanese, a language he does not speak, and Eastwood also wanted to cast Japanese actors in various roles, many of whom came from Japan.

What else does the young maverick dream of? “I would love to work on a comedy,” he says. “I know my resumé is filled with dramas—and I love dramas—but my personal favorite movies of all time happen to be comedies.”

Asked for his advice to Filipinos who dream of making it to Hollywood, he says, “I won’t sugarcoat this. It’s hard to make it in Hollywood, and more fail than succeed. I just worked as hard as I could and hoped that one day I’d get to where I was headed. I wasn’t sure if I’d make it and I’m still not sure that my success will last. All I can do is to give it my best.”

He tells Filipino filmmakers that the time is now. “Hollywood is making huge strides forward with regard to diversity. Even though Asians are at the bottom of this diversity list, we recently saw massive success with ‘Crazy Rich Asians’ (2018).”

He adds, “Strike while the iron is hot. We need to tell our stories. Write them. Show them who we are!”

He doesn’t have many memories of his 1987 visit to the Philippines. “Now, 31 years later, I finally got to know and understand where my roots are from,” he says. “I don’t think I have the words to describe how I have felt over the past month in the Philippines, but it felt like I was getting answers to questions I didn’t even know I was asking. At times it was overwhelming.”

He adds, “I am an American. I was raised in New York and live in Los Angeles, but I felt a connection here that I can’t put into words and now I cannot wait to return. This is a beautiful country with a beautiful history and I am so proud that this is my heritage, my DNA.”–CONTRIBUTED

Alma Cruz Miclat is the author of “Soul Searchers and Dreamers: Artists’ Profiles,” and one of the contributors in an upcoming book, “Dark Days of Authoritarianism: To Be in History,” to be launched in February.