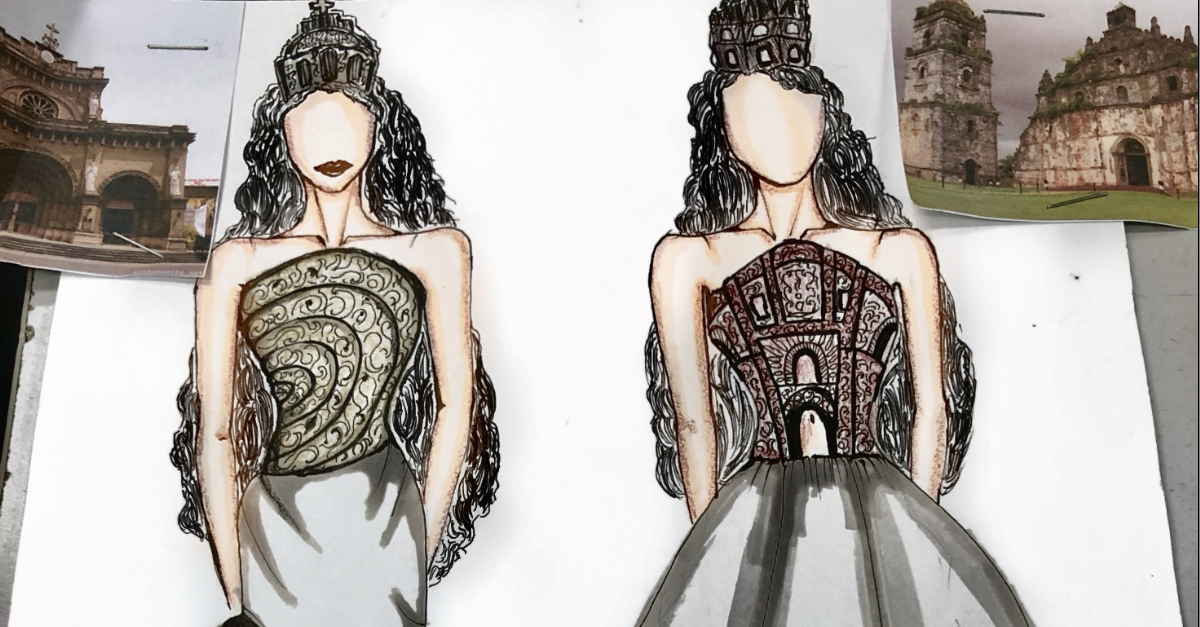 One fashion design student paid tribute to his Catholic faith by drawing inspiration from Philippine churches.

Al Rey Rosano, 24, a student at the SoFA Design Institute, revealed his sketches under a collection titled Romana Katolika last Jan. 11 on Facebook.

He took an undergraduate course in biology at Silliman University before pursuing fashion school, he told INQUIRER.net.

He said that he worked on the project last October for eight hours and admitted that he crammed it because he works while studying.

Rosano hails from Negros Oriental and was raised as a devout Roman Catholic. He has been active in the Church, having served as an altar boy and heading a Youth for Christ chapter.

On how he chose the churches and their corresponding designs, he said, “[Their] rich history… and secondly, the intricate patterns of the church are the two main characteristics that I considered in making those designs.”

The oldest church in the country, the Basilica del Santo Niño in Cebu, and the centuries-old Guadalupe Church in Makati, known for its Baroque Roman architecture, were among those that served as muses for the gowns.

Details of the churches are embellished on the gowns’ designs or colors. For instance, the distinct triangular facade of the Paoay Church in Ilocos Norte is paid homage to at the top part of its counterpart gown.

As for when his visions would take actual form and become a reality, he said with some jest, “These designs are intended for my future fashion shows… I won’t announce when and where para may (so that there is an) element of surprise.” JB