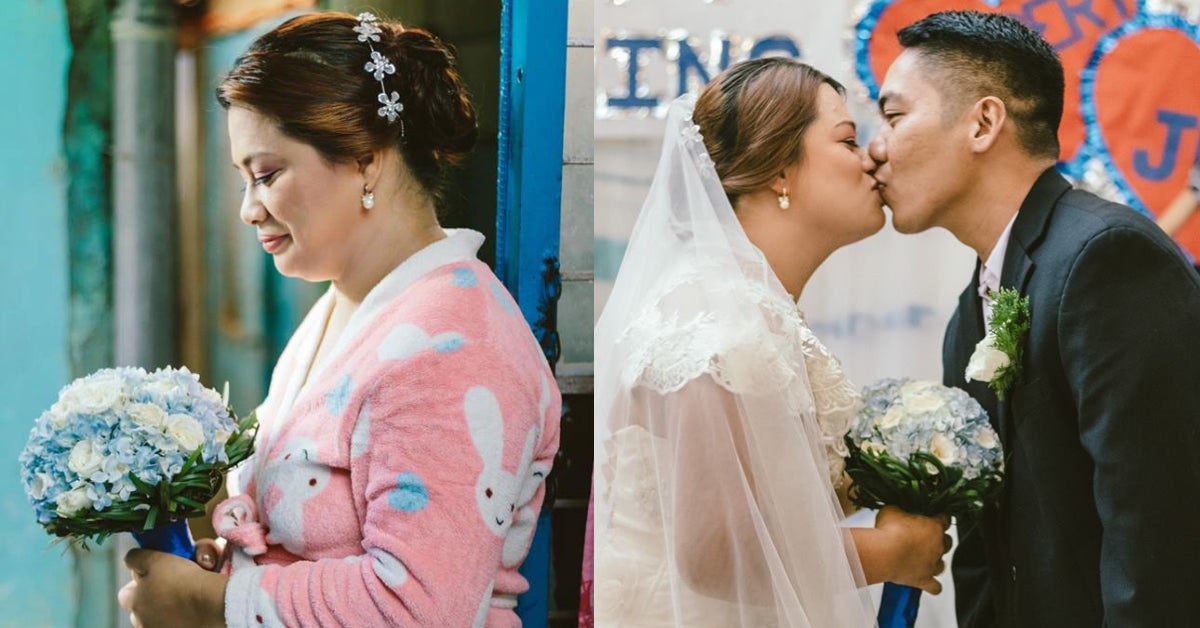 One photographer proved that you can find beauty anywhere, even for a wedding on a budget.

Michael See Apeles, the 34-year-old owner of Wowenkho Studios, amazed netizens with a wedding photo shoot which he shared on Facebook last Jan. 18. The viral post has 93,000 likes and 25,000 shares as of writing.

Apeles told INQUIRER.net that the pictures were taken on Jan. 10 in Barangay Tumana in Marikina, and that he got to know the couple through his studio assistant, Reymark Ynclino who is the groom’s brother.

“As a gift to his brother, my assistant shouldered the cost for me to cover their wedding,” Apeles said.

The groom, 32-year-old Gilbert Ynclino, works at a gasoline station while the bride, 34-year-old Fely Joy Paz Ynclino stays at home. Fely Joy told INQUIRER.net that she and her new husband have been together for 12 years and decided to get married last year.

Unlike extravagant weddings which involve a hotel or a resort, wedding preparations took place in the Ynclino clan’s home.

In the captions of his pictures, Apeles shared the challenges he faced in finding a spot to take pictures of flowers and the rings, considering the cramped space.

Instead of a shiny car, Apeles captured the groom looking smart in his suit as he posed inside a jeepney.

Meanwhile, the bride posed in a pink bathrobe with her bouquet of blue and white flowers before wearing her lace gown.

The couple married in a rented events space, where the joy of their wedding kiss and the traditional bouquet toss were captured.

A no-frills reception followed, with food grilled on a sidewalk and home-cooked meals shared under a tent decorated with balloons.

(We are amazed with him. Because of him, we became known, our love story became known and that’s why we are so grateful for him.)

She was shocked too at how it was received on social media. “Sa kabila ng mga problema may ganito kapalit,” she said. (Despite all the problems, something good came out of it.)