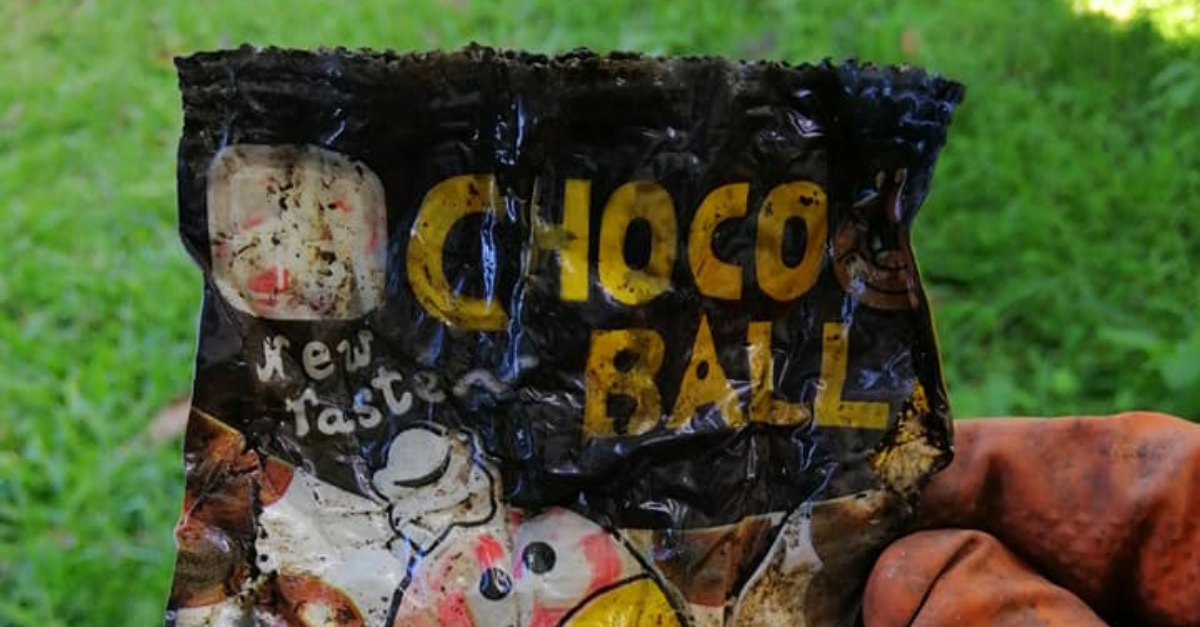 One could not help but have a whiff of nostalgia as old food wrappers recently went on display in a viral social media post.

They would have made for some endearing throwback pictures — except that they came from landfills after being disposed decades ago.

The pictures were posted on Facebook last Jan. 11 by Rory Caguimbal, a 28-year-old environmental planner and scientist from Quezon City.

Earlier today, me and my colleague did a waste characterization study in one of the closed dumpsite/landfill. You see,…

In their comments, netizens reminisced of when they munched on the snacks in their elementary school days. Some fondly remembered that the food was more delicious back then or that there used to be more food in the packets.

But for others, the plastic wrappers, which were still intact decades after the contents had been consumed, were a source of concern.

“This post was made due to the pressing concern about the increasing problem with wastes, particularly the plastics,” he said.

The pictures were taken while doing his work in solid waste management projects. During visits to waste facilities, he said, “I noticed familiar packaging — and there were a lot of it! It was really nostalgic, but sad at the same time.”

He was surprised with the reception online and the way the post trended, as he only intended to share it with his friends at first.

Caguimbal said he expected the sentimental comments, and was pleased that his message for the environment got across.

He said, “I do not expect everyone to become an eco-warrior right away but I do hope that through this post, people will start to realize the reality about our wastes.”

As to what actions individuals who were alarmed by the pictures can take, he advised starting with reducing waste. “Those plastics in the pictures were the product of how we managed our wastes before,” he noted.

“Majority of wastes is generated in our households,” he explained. “Therefore, it is vital that we reduce our use and dependence on plastics from our home.”

Caguimbal also encouraged citizens to hold their local government accountable by being aware of how waste is collected and managed in their community.

As for what the government can do, he said, “Through our leaders, a better policy, backed-up with scientific study to solve this issue should be lobbied. They should focus more on proactive and long-term solutions.”

“The government should support the research and development of technologies that can process plastic wastes,” he proposed.

The private sector should get involved too, he said, through “solutions on reducing the use of plastic packaging in their products in their processes.”

While the amount of plastic waste in the country has been a pressing problem, he found sharing the pictures to be a positive experience, as it gave him hope.

“Experiences like this made me happy because it made me realize that I am not alone in this battle, we are not few — [that] there are a lot of youths and professionals in this fight.”

Caguimbal hopes that it would not discourage people to think it is too late to help, as he pointed out to a basic and necessary step: “Contribute through our own little ways. There is never a small action.” JB

Scary stat: 90.5 percent of plastic is not recycled