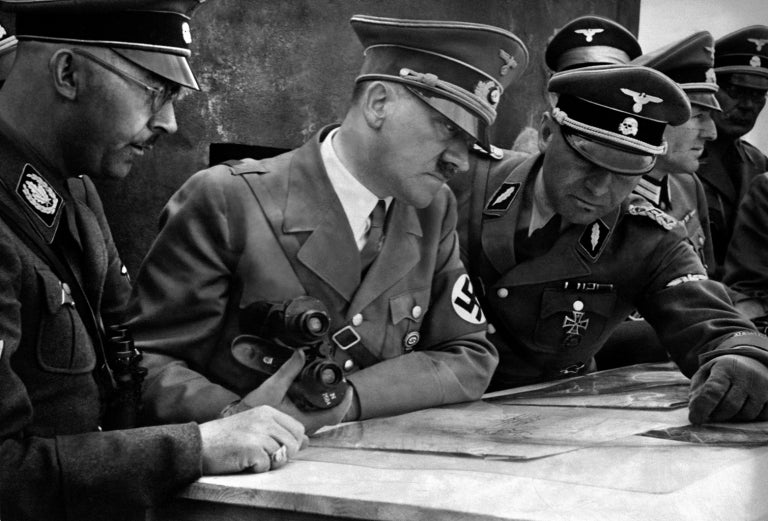 Library and Archives Canada announced Wednesday it had acquired a rare 1944 book that once belonged to Adolf Hitler. Image: AFP/France Presse Voir

Library and Archives Canada announced Wednesday it had acquired a rare 1944 book that once belonged to Adolf Hitler.

Written in German, “Statistics, Media, and Organizations of Jewry in the United States and Canada” is a 137-page report produced in 1944 by Heinz Kloss, a famed German linguist who had contact with United States Nazi sympathizers.

The book details certain cities’ population statistics along with organizations and media outlets key at the time to North America’s Jewish communities, Library and Archives Canada said in a statement.

“This work hints at the story of what might have happened in Canada had the Allies lost World War II. It also demonstrates that the Holocaust was not a purely European event, but rather an operation that was stopped before it reached North America,” it added.

The bookplate bears an eagle, and swastika, and the words “Ex Libris Adolf Hitler,” indicating it was part of his personal library.

“It is fundamental … to acquire, preserve and make available documents no matter how controversial or contentious they could be,” said Guy Berthiaume, Librarian and Archivist of Canada.

Hitler was an avid reader with a collection reportedly containing 6,000 to 16,000 titles.

Library and Archives Canada said the book was likely brought back to the U.S. as a souvenir of war, as in spring 1945 American soldiers took thousands of books from the Nazi leader’s second home near Berchtesgaden, in the German Alps.

The institution added it acquired the book from a reputable Judaica dealer, who obtained it as part of a collection owned by a Holocaust survivor. JB

Unseen J.D. Salinger photos shot for ‘Catcher in the Rye’ on display