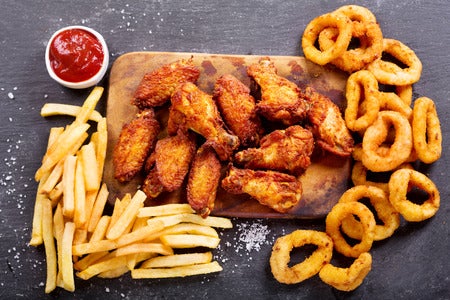 New United States research has found that a diet high in fried foods appears to to be associated with higher risk of death among women over 50.

Carried out by researchers at the University of Iowa and the Washington University School of Medicine, the new study assessed the diets of 106,966 women aged 50 to 79 who had enrolled in the Women’s Health Initiative (WHI) study between 1993 to 1998 and who were followed up to 2017.

To investigate a possible association between eating fried food with death from any cause, and in particular from cancer or cardiovascular disease, the researchers looked at the women’s total and specific consumption of different fried foods, including fried chicken, fried fish, fish sandwiches, fried shellfish (including shrimp and oysters), and other fried foods such as french fries, tortilla chips and tacos.

The findings, published in The BMJ medical journal, showed that after taking into account other potentially influential factors such as lifestyle and overall diet quality, regularly eating fried foods was associated with a higher risk of death from any cause, and, in particular, with heart-related death. Those who ate one or more servings of fried food a day showed an 8 percent higher risk of death from all causes of cardiovascular disease compared with those who did not eat fried food.

The researchers found no evidence that eating fried food was associated with cancer-related death.

The researchers note that as an observational study the findings cannot show cause and effect, and as it only includes U.S. women it may not be applicable to other populations.

However, they add that “we have identified a risk factor for cardiovascular mortality that is readily modifiable by lifestyle” and conclude that “reducing the consumption of fried foods, especially fried chicken and fried fish/shellfish, may have clinically meaningful impact across the public health spectrum.” JB

Brew green tea with bottled water if you want to reap all the health benefits, says study