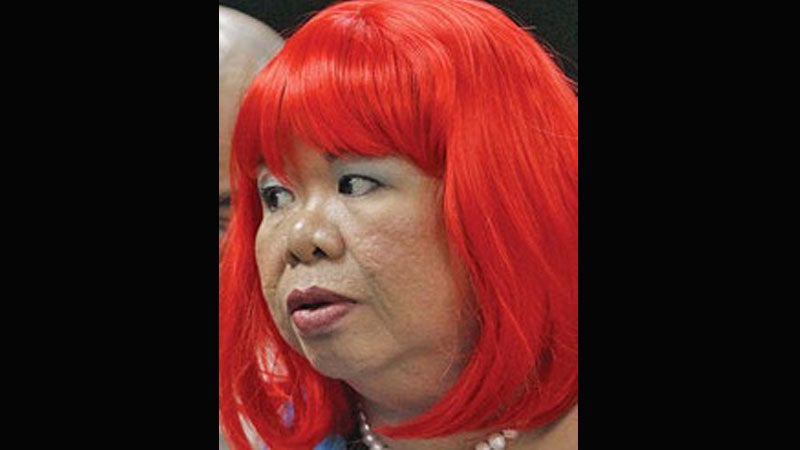 Actor-director Mae Paner, aka Juana Change, has become one of the increasingly rare voices of conscience in the country, but especially so with her portrayal of four characters in the monologue “Tao Po.”

The dramatic monologue will have its Baguio premiere and sole performance on Feb. 8 at 4 p.m., at the University of the Cordilleras (UC) Auditorium on Gov. Pack Road.

Asked what her views were on the human rights situation in the Philippines, Paner said:  “Killings and deaths have become the ‘new normal.’ I was watching these on the news every single day. Not feeling anything at a certain point freaked me out. Was I allowing these to happen? Do I even care? Why am I feeling so disconnected? I broke down in tears and vowed to do something about how I felt. I needed to be in touch with my own humanity.”

She recalled, in 2016, her group wanted to do “Juana Change” videos for a network: “All was set. All of a sudden, days prior to shoot, the network changed its mind. There were a lot of reasons given. The extrajudicial killings (EJK) were one of the topics we wanted to take on. They were not ready to be bold. So I decided to produce it myself. This way, I had more control in making sure it will see the light of day.”

“Tao Po,” the play, which she called “a product of my own introspection,” was the new form that her advocacy and activism took.

Paner said of the audience’s reaction: “Between the deafening silence and sniffs during the performance, I knew the connection made was strong.”

Of the four characters she will portray in the monologue, all “move me in different ways,” Paner said. “They all have strong posts embedded within me. With the journalist, while it did not happen to him or his loved ones, his dedication and passion becomes his cause. He allows his life to change because of what he believes in. He jumps in, not knowing if there will ever be a net to catch him.”

She continued: “The Zumba instructor knows she’s in no position of power to negotiate with anyone regarding the brutal crime committed against her husband and son. But she has the power of love to fight for justice and to continue to live for those they left behind—four children and a grandson.”

The third character is the police/vigilante who is a true believer of the administration. Paner described him as wanting “to make a difference not only for his family but for the country. And he does. At what cost? Is it worth it? His conversation with himself is honest. It keeps going and going.”

Finally, there is the character of the orphaned child who, Paner said, “holds her narrative and those in her community close to her heart. There is no turning back. She moves with life forward. The pain and suffering of seeing both her parents killed in front of her very eyes gives her the strength to dialogue with her future.”

After the performance, Paner will facilitate an all-day theater workshop for 30 participants on Feb. 9 at the UC. —CONTRIBUTED