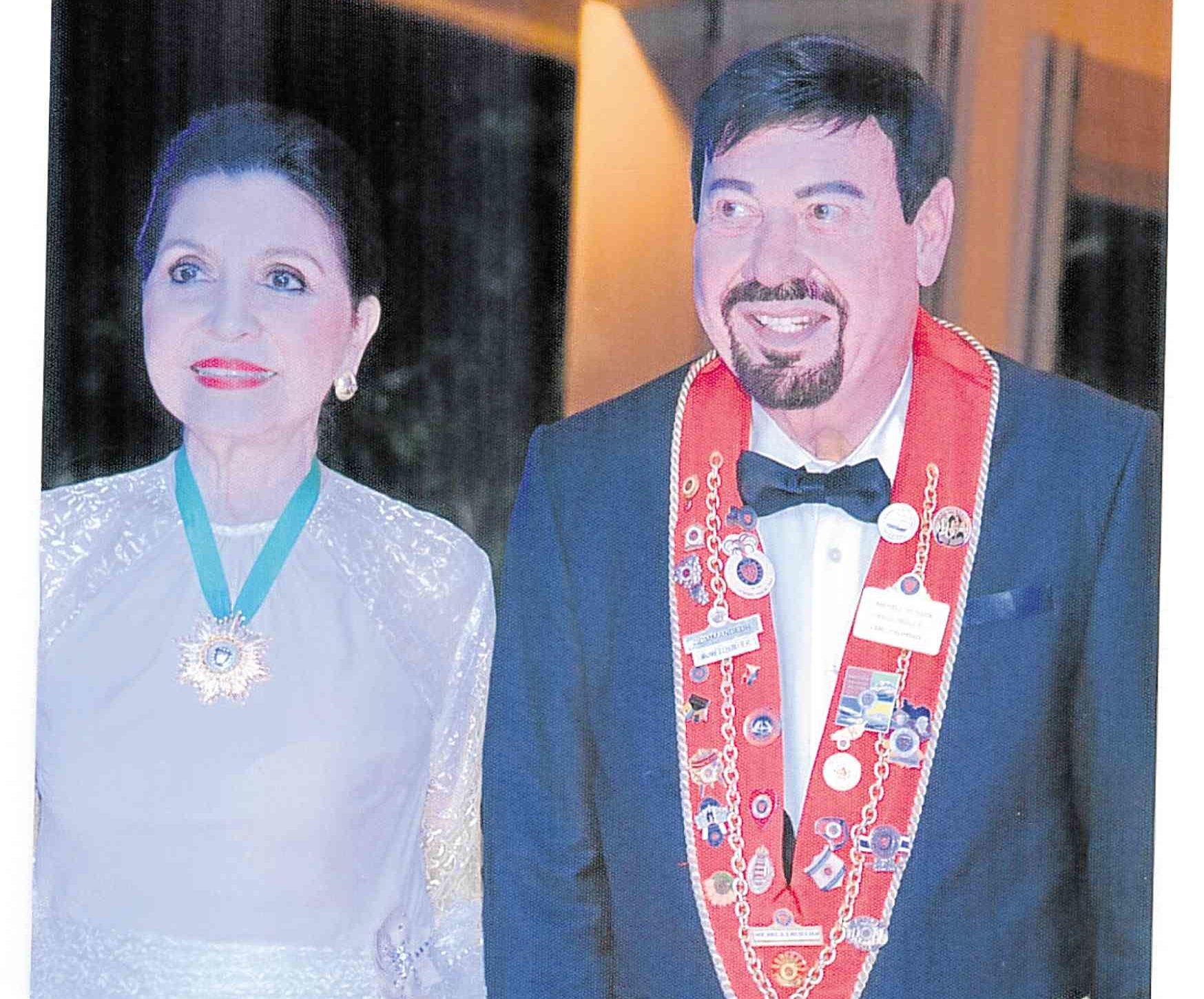 The Shangri-La Mactan Resort and Spa just celebrated its 25th year. For many of us in Cebu, it seems like it was only yesterday when it opened. There are those telltale signs: lush greenery and stately palms taller than the first building.

There had to be a celebration, hosted by general manager Rene Egle, assisted by the director for sales and marketing Mai-May Regner and communications director Cassandra Cuevas, who wore a diaphanous gown of endless layers of tulle.

“You look like a princess,” many told Cassandra, to which she countered that she felt like one, too. “Never mind if everyone steps on my train.”

It must have been the Veuve Clicquot champagne.

Part I of the celebration was at the Ocean Pavilion where the VIPs awaited the arrival of Lapu-Lapu City Mayor Paz Radaza and entourage, among them Hembler Mendoza, the city’s tourism officer.

A blinding display of fireworks lit up the skies and created myriad reflections in the calm blue sea. Then it was time to board special motor coaches for Part II of the grand event, a formal dinner at the Marquee.

The venue was transformed into a magical realm, lit by a magnificent chandelier of iridescent prisms cascading from the high ceiling.

There was music from the Cebu Philharmonic and an excellent menu that had everyone rating it with superlatives. “The tenderloin slabs are like butter, melting at the touch of an ordinary knife,” said Mikel Ugarte.

Weeks later, there was another grand event at the hotel as the Cebu chapter of La Chaine des Rotisseurs held its 26th-anniversary gala at the Mactan ballroom. Egle and his team went to work on it weeks in advance.

Baili de Cebu Amparito Lhuillier, back in Cebu after a stay in the United States, led the food-tasting group including board members Dr. Nestor Alonso, Teresin Mendezona and Dr. Vivina Yrastorza.

First to arrive at the gala were Baili Delegue of La Chaine for the Philippines Michel Lhuillier and Amparito, looking radiant.

From Manila were Baili de Manille Federico Borromeo and his wife Josephine, their daughter Sophia Borromeo, and Ferdinand Aguila and Manuel Samson.

Greeting one and all were Rene and Nelly Egle. There were several general managers from Cebu’s leading hotels like Plantation Bay’s Efren Belarmino and Andi Lim, Radisson Blu’s Stephan Sieberg with his wife Stephanie, and Marco Polo Plaza’s Brian Connelly.

Michel’s sister, Angie L. Mathieu, escorted by her son Mickey Paulson, was getting the rush from well-wishers as it was her birthday. A cake with lighted candles was wheeled in.

Also present were Marguerite Lhuillier, Hans Eulenhofer, Elena Palacios and Luis Echary, Jurgen and Sandra Pesch, Philip and Danielle Bodart, Michael and Bethilda Smith, Shigejiro and Kumiko Onda, and Miranda Constantinidou who came with a group of 10. Paul and Claudia Kremp were among them.

Michel had glowing words of praise for the Shangri-La Mactan, and everyone who made the wonderful evening possible. He was surrounded by the board—Amparito, Teresin, Nestor, Vivina, and Dave Sharpe—for the presentation of certificates of appreciation to the team: general manager Rene Egle, executive chef Roshen Fernando, banquet manager Neldon Rivera, assistant director of events Fara Liboro, and food/beverage director Jonathan Belies.