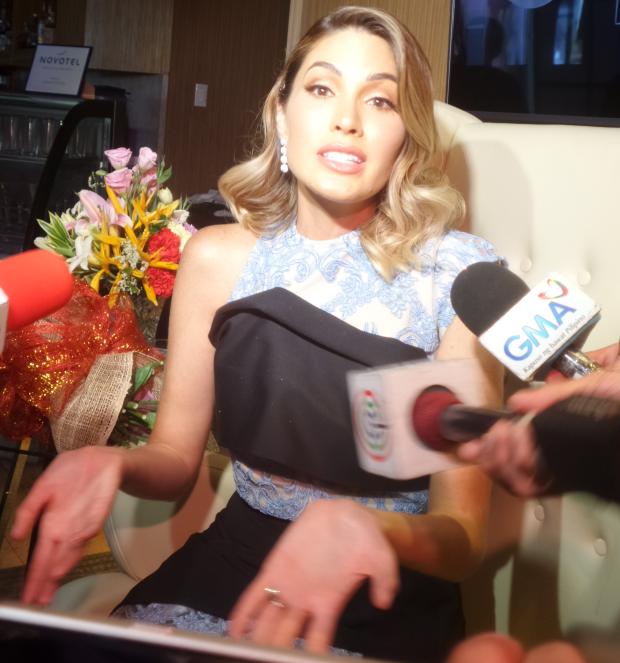 Gabriela Isler responds to questions thrown by members of the local media at a briefing on Friday, Jan. 25, 2019. (Photo by ARMIN P. ADINA / Contributor)

QUEZON CITY — With a more profound understanding of the world and a bigger responsibility on her shoulders, 2013 Miss Universe Gabriela Isler has returned to the Philippines almost four years after first setting foot in Coron, Palawan.

Now one of the national directors of the Miss Venezuela Organization (MVO), Isler said she has been hoping to return to the Philippines after relinquishing the Miss Universe crown to Colombia’s Paulina Vega.

Isler wanted to check on the progress of her charity work with the indigenous communities in Coron, Palawan, in cooperation with the nonprofit organization Cordaid, which has been one of the advocacy partners of the Miss Universe Organization (MUO) for several years now.

“The people there are more conscious of tourism and are more aware of the ecosystem,” she told local scribes in a press conference at the Novotel Manila Araneta Center in Quezon City on Friday afternoon.

“I was clueless in where my reign was leading, and the visit to Coron made me realize what I wanted to do,” she said.

Isler also revealed that she would be exploring modeling and show biz opportunities in the Philippines.

Talent manager Arnold Vagafria, national director of the Miss World Philippines Organization, will be her business manager for Asia and the Pacific.