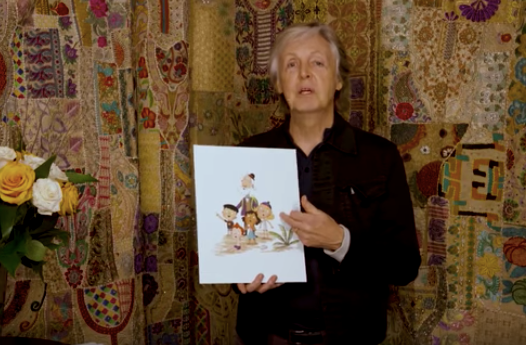 Paul McCartney has revealed the front cover of a forthcoming picture book he wrote with grandparents in mind.

McCartney first announced plans to publish “Hey Grandude!”, described as an “action-packed adventure story with a wonderful wind-down-to-bedtime ending”, back in September.

“I wanted to write it for grandparents everywhere, so it gives them something to read to the grandkids at bedtime,” the former Beatle said at the time, while explaining that the title comes from a nickname one of his eight grandchildren gave to him.

Focusing on the “intrepid” Grandude and his four grandchildren, whom he calls “chillers,” the book is illustrated by the Canadian artist Kathryn Durst, and her front cover art has now been revealed, along with a couple of illustrations, including one of a cartoon Paul McCartney, that can be seen at paulmccartney.com.

“Hey Grandude!” will be published internationally on Sept. 5 and is now available to pre-order via international retailers. JB

Unseen J.D. Salinger photos shot for ‘Catcher in the Rye’ on display