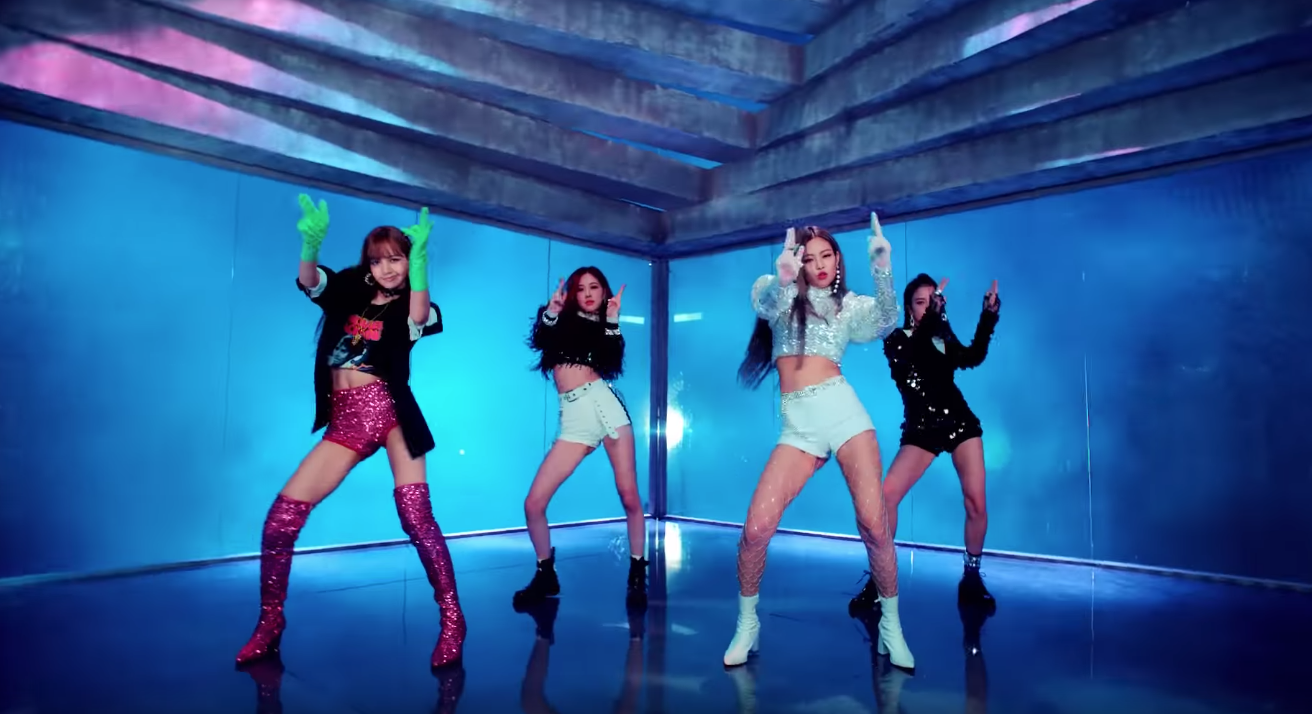 K-Pop royalty BLACKPINK will finally be “in your area” for its much-awaited first concert in the Philippines on February 2, 2019 at the Mall of Asia Arena!

Pinoy BLINKs rejoiced on social media last December upon learning that Manila will be one of the group’s stops in its Southeast Asian tour. And though most K-Pop-loving netizens lost their heads with the announcement, the rest wondered, “Who is BLACKPINK?” We hear you! Here’s a quick guide on this record-breaking, female K-Pop quartet.

1. The girls are in good company.
Debuting on August 2016, BLACKPINK signed on with the YG Entertainment label, joining the likes of some of the biggest South Korean acts such as Psy, 2NE1, BIGBANG, Winner, and iKon. Its winning debut single “Square One” featured the songs “Boombayah” and “Whistle,” which took the girls to the top of Billboard’s Digital Song Sales chart. In November of the same year, the quartet released “Square Two,” with popular singles “Playing With Fire” and “Stay” that went to the Top 5 of the same chart.

Jennie is the group’s lead rapper and one of the lead dancers. Aside from garnering a massive fanbase from her memorable appearance in BIGBANG’s G-Dragon’s music video “That XX,” she is also regarded as one of South Korea’s female fashion icons, nicknamed “Human Gucci” for her stylish dressing.

Partnering with Jennie as the other lead dancer, Rosé is also the group’s main vocalist. Born, raised and discovered in Australia, Rosé is praised for her unique voice that helped make BLACKPINK’s songs stand out.

The group’s “maknae” (youngest) is Thailand-born Lisa. The first non-South Korean star to sign with YG Entertainment, she is the group’s main dancer and was quite popular for her impressive dancing skills, which she showcased in BIGBANG’s Taeyang’s “Ringa Linga” music video.

3. The girls have a ton of awards.
Even during their debut year, the girls of BLACKPINK were overachievers, reaching the top of the charts with “Square One” and winning multiple awards like Rookie Artist, Best New Artist, and Best Music Video for “Whistle.”

Familiar with “DDU-DU DDU-DU”? That smash hit track from the 2018 release “Square Up” made the girls the highest-charting female K-Pop act on the Billboard Hot 100 charts. Even its music video broke records, becoming the most-viewed Korean music video on YouTube in 2018 with 36.2 million views in only 24 hours.

Apart from these feats in 2018, the quartet also won Best Dance Video at the MTV Video Music Awards Japan, the Bonsang Award at the Seoul Music Awards, and was on the Global Top 10 Fans’ Choice in the Mnet Asian Music Awards. Topping it all, BLACKPINK has had four number-one hits on Billboard’s World Digital Song Sales Chart, making the quartet the first female K-Pop act to achieve this distinction. Now that’s girl power!

4. The group wants to conquer the world.
Outside of Asia, the foursome is represented by Interscope and Universal Music Group, with hopes of conquering the global music industry. BLACKPINK recently kicked this off with a powerful collaboration with Dua Lipa for the hit “Kiss and Make Up,” its second entry in the Billboard Top 100 in 2018.

Three members of BLACKPINK are also gearing up for solo releases, starting with Jennie’s debut song “Solo” last November. YG Entertainment’s CEO Yang Hyun-Suk proudly said, “The biggest strength of BLACKPINK is that each member’s ability and talent as a solo artist is as strong as the group’s teamwork and cohesiveness.”

Hyped to see BLACKPINK live? Satisfy your curiosity and see Jisoo, Jennie, Rosé, and Lisa hit you with that “DDU-DU DDU-DU” right in front of your eyes as Globe brings the “In Your Area” tour to Manila on February 2! Having brought huge Korean musical acts like EXO, Super Junior, and Wanna One to the country, Globe continues to strengthen its commitment to bring the best in K-Pop and world-class entertainment closer to Filipinos. With BLACKPINK, you’ll surely experience the K-Pop revolution.

Find out how you can win concert tickets by visiting globe.com.ph/go/events/blackpink or following Globe on Facebook and Twitter.