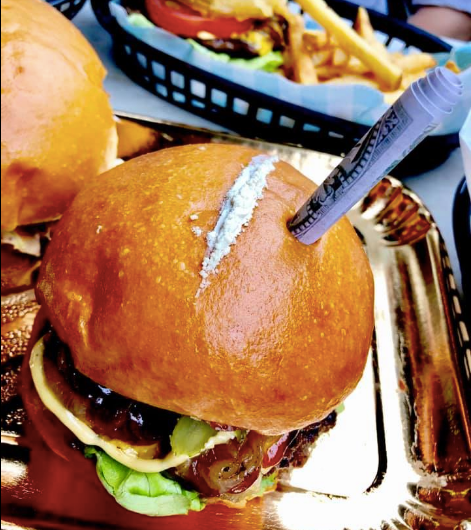 A pop-up cafe in Melbourne, Australia came under fire after its name, seemingly made in good fun, received criticism from netizens.

The cafe, Pablo’s Escoburgers, defended its controversial name on its Facebook page after netizens cried foul for its attempt in word play.

Many did not find the cafe’s name funny, especially since it appears to have been inspired by the King of Cocaine, the late Colombian drug lord Pablo Escobar, whose drug empire made him one of the wealthiest men in the world. Nor did some find its burgers amusing, one of which is served with a rolled fake dollar bill and a strip of white powder on the bun to resemble cocaine.

“We are very proud of our burgers but we do also understand that Pablo Escobar was a horrible man who destroyed the lives of thousands of Colombians,” the cafe wrote on Facebook last Jan. 27. “We do not condone, idolize or promote Pablo Emilio Escobar or his actions in any way.”

The note seemed not to have pacified some netizens, however, who took to the cafe’s page and criticized the establishment for its name.

“Just another example of hipsters trying to get attention because their food is otherwise forgettable,” commented a netizen, Andrew Parker, on Jan. 31.

“What about Adolf’s Hitlerburgers? It sounds fun? #changethenamenow,” said one Adriana Melo.

“Keep on looking for other genocide stories around the world so you can open more businesses with more ‘creative’ themes and names,” said another commenter Jorge Chavarro.

But the reactions were not all negative. There were others who also expressed their approval of the cafe’s name.

“What a great name for a burger bar,” said a certain Glenn O’Brien. “Love it.”

Criticism aside, the cafe said that a lot of Colombians enjoyed their burgers. Still, they do acknowledge that there were some who were upset by their name and left terrible reviews on their page.

“Hard not to offend someone in 2019,” the cafe stated. “Lots of Colombians enjoy the burgers here, also a lot give us terrible reviews and upset comments… Take the high road people, put it to rest and learn to forgive and forget!” JB