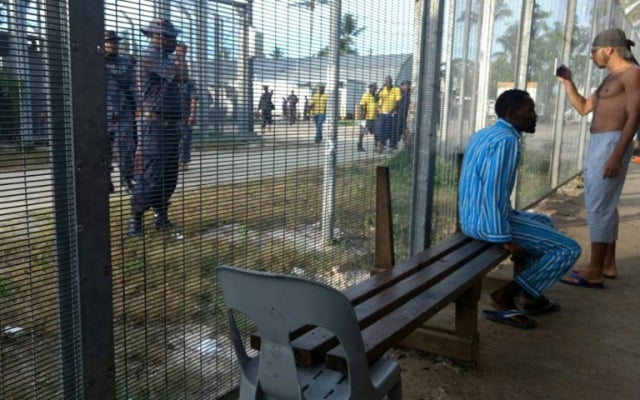 A camp for asylum seekers on Manus Island in Papua New Guinea, where Behrouz Boochani reportedly sent a book over text messages that has won Australia's most valuable literary prize. Image: GETUP via AFP

Behrouz Boochani, a Kurd who has been held on PNG’s Manus Island since 2013, was awarded the Victorian Prize for Literature on Thursday, said a statement on a government website for the Australian state of Victoria.

The journalist and filmmaker was awarded the Aus$100,000 (US$72,600) prize for his book “No Friend But the Mountains: Writing from Manus Prison.”

He will receive an additional Aus$25,000 after it also won the non-fiction category.

“(Boochani’s) award was accepted by the book’s translator Omid Tofighian, who worked with Boochani over five years to bring the stories to life,” the state website said.

Media reports said Boochani wrote the work on his phone and sent it to Tofighian bit-by-bit in text messages.

This was because he felt unsafe in the guarded camp, which was shuttered last year after a local court ruling and the asylum-seekers moved elsewhere on the island.

For years Canberra has sent asylum-seekers who try to enter the country by boat to Manus Island or Nauru in the Pacific for processing, with those found to be refugees barred from resettling in Australia.

The harsh policy is meant to deter people embarking on treacherous sea journeys, but the United Nations and other rights groups have criticized the camps’ conditions and long detention periods.