Pepe Smith, in the eyes of a longtime fan | Inquirer Lifestyle ❮ ❯ 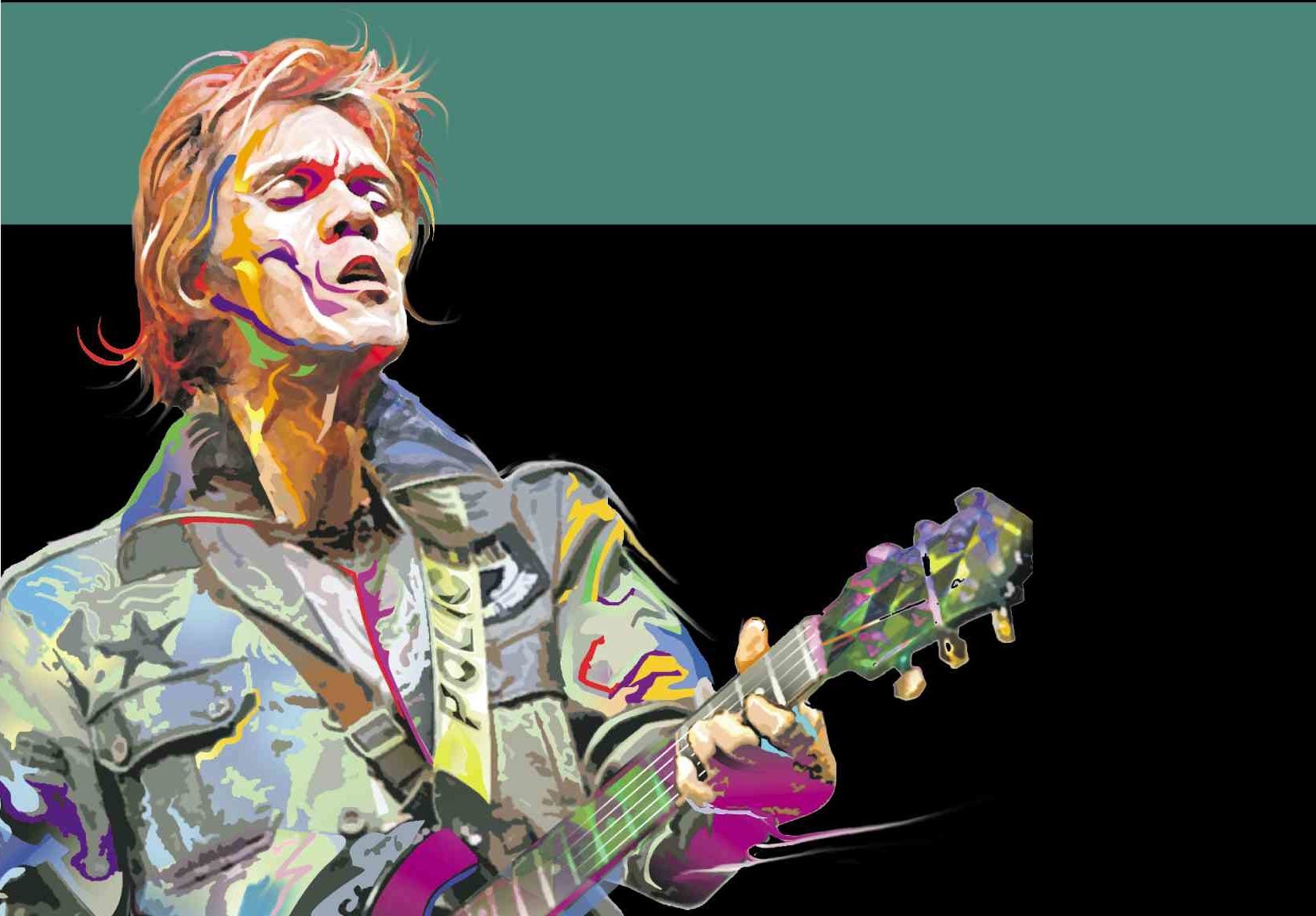 Pepe Smith, in the eyes of a longtime fan 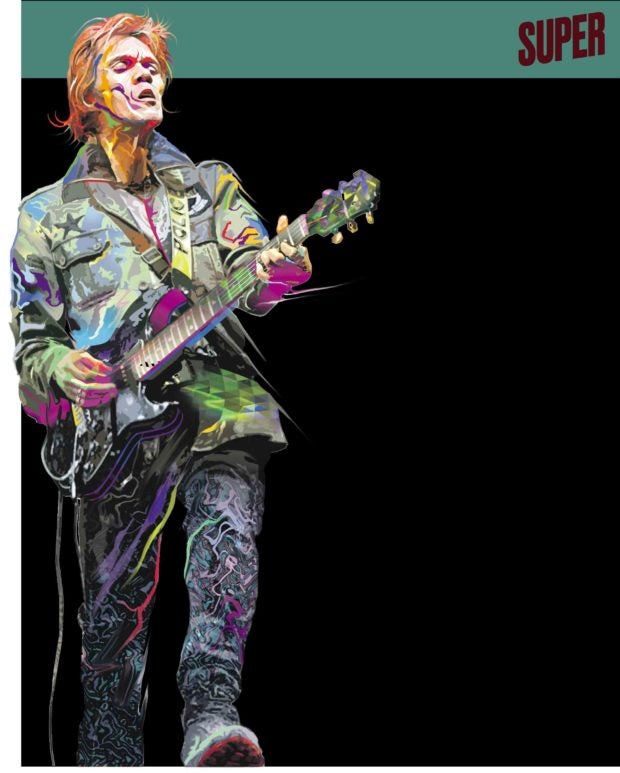 Some musicians can only aspire to be rock stars, but Pepe? He was born to be one. His life was the stuff of legends: learned to play drums when he was around 9 years old; started his first band when he was only 11; gigged locally and around Asia pounding the skins for other groups before joining Juan dela Cruz Band in 1970; and eventually, being hailed as the King of Pinoy Rock.

So many bands have been described as “seminal” over the years, it’s become hard to determine which among them really is. But in the case of Juan dela Cruz Band, the word seems to have been put to good use.

Some will beg to disagree. This wasn’t the first bunch of young Filipino men who picked up instruments to play rock music in the 1960s, after all. But Juan dela Cruz Band’s sphere of influence—and subsequently, Pepe’s— reached far beyond the years the band was active or the musicians they lent inspiration to.

The story of how Pepe wrote the lyrics for “Ang Himig Natin” is the sort you’d tell all over and over again. It almost sounds like a myth. Because how the hell does someone complete a song inside a supposedly boarded up ladies’ room minutes before he performs it in a concert for the first time? It must have been luck, or pure genius.

Pepe inspired generation after generation of artists. In the days following his passing on Jan. 28, members of his family, friends, people he has worked with, musicians, journalists, and even people who only knew him briefly or never met him in person at all have been sharing tributes in the form of well-written articles, photos or social media posts, flooding our feeds and our stream of consciousness.

The most poignant pieces were shared by people who knew him well, who had close encounters with the aging rock star. These pieces were either a repertoire of his musical accomplishments, or a personal recollection of Pepe’s every word and every move within less than a foot away.

These tributes were so overwhelming that they almost overshadowed the fact that Pepe was also adored by his fans. Those who were fortunate enough to see him and the rest of Juan dela Cruz Band perform in their heyday tend to say watching their gigs was always a surreal, unforgettable experience.

My father, who was born in the 1950s, claims to have attended the band’s gigs almost weekly in the ’70s.

He recalls, “Most unforgettable were Pepe’s gigs at Red Cow. This was on the third floor of a building in San Andres Rotonda. It was 1978 and your mom and I were just dating. One night Pepe was stoned, went down from the makeshift stage, approached a table, got a bucket of ice, and poured it over his head.”

Red Cow, however, went through frequent raids by the Constabulary Anti-Narcotics Unit and closed after operating for less than a year.

This is some of what my father remembers about this particular show: “Pepe was the last Act. Kids were stoned. Those without tickets just listened outside imagining that Folk Arts Theater was one huge speaker. When the cops ran out of handcuffs, the kids who were arrested were tied to two fire trucks with telephone wires.”

In 1994, shortly after Pepe’s 19-month detention at the Quezon City Jail, my father would see Pepe again at the first ever NU 107 Rock Awards, literally crawling up the stairs to the stage of the Music Museum in a bright orange jacket to receive an award that recognized his legendary contributions to the Pinoy rock music scene.

The last gig of Juan dela Cruz Band that my father saw was held in Tiendesitas in 2012 as part of a weeklong Independence Day celebration.

Pepe, Wally Gonzales and Mike Hanopol were all there to perform. The place was packed with an enormous crowd that was all too eager to see them play.

“I think the audience did not really mind how Pepe sounded, they just wanted to see him perform and gyrate on stage. When he sang ‘Beep Beep,’ I thought the structure would collapse. The audience sang along and the music was really loud,” my father recalls.

To my father, who’s been a fan of rock music since I can remember, the reasons why longtime fans of Pinoy rock loved Pepe and Juan dela Cruz Band were very simple.

“Pepe was great. His songs really got to us ’cause it was in Filipino, but set into rock. Talagang iba. Pepe would perform moving around à la Mick Jagger. You couldn’t compare him to Eddie Peregrina whom the Visayans adored. On the other hand, Juan dela Cruz Band’s lead guitarist Wally Gonzales is one of the greatest lead guitar players we’ve ever had.”

Pepe Smith, despite his American roots, wrote songs in Filipino, and wrote them in a manner that could touch the heart and tickle the fancy of every Juan dela Cruz.

To Filipino rock musicians, Pepe Smith was an inspiration, a reminder that homegrown music can outlive canned tunes from abroad. He was a symbol of all the things Filipino musicians were fighting for.

Pepe himself outlived his reputation as a performer, because even in the years when a technical glitch would derail his performance despite the gusto he would pour into his riffs, or when he could barely talk let alone sing properly following his third stroke, everyone—including guitarists who could already play more seamlessly than him given his deteriorating health condition—was only too happy to see him with a guitar on stage.

As for the rest—those who were awed by his presence from a small space in a crowded bar or a square foot in a mosh pit and whose most intimate encounter with him was in the form of a handshake, a token selfie, or him crying out his trademark “Rock ’n roll!” And even those who didn’t really get the chance to appreciate his music but adored him just the same, Pepe Smith was much like a hero, a poster boy who experienced a meteoric rise to success, made wrong decisions, fell from the sky, and survived it all. Whether you care to admit it or not, Pepe Smith was, apart from being a rock icon, a source of genuine Pinoy Pride for many Filipinos.