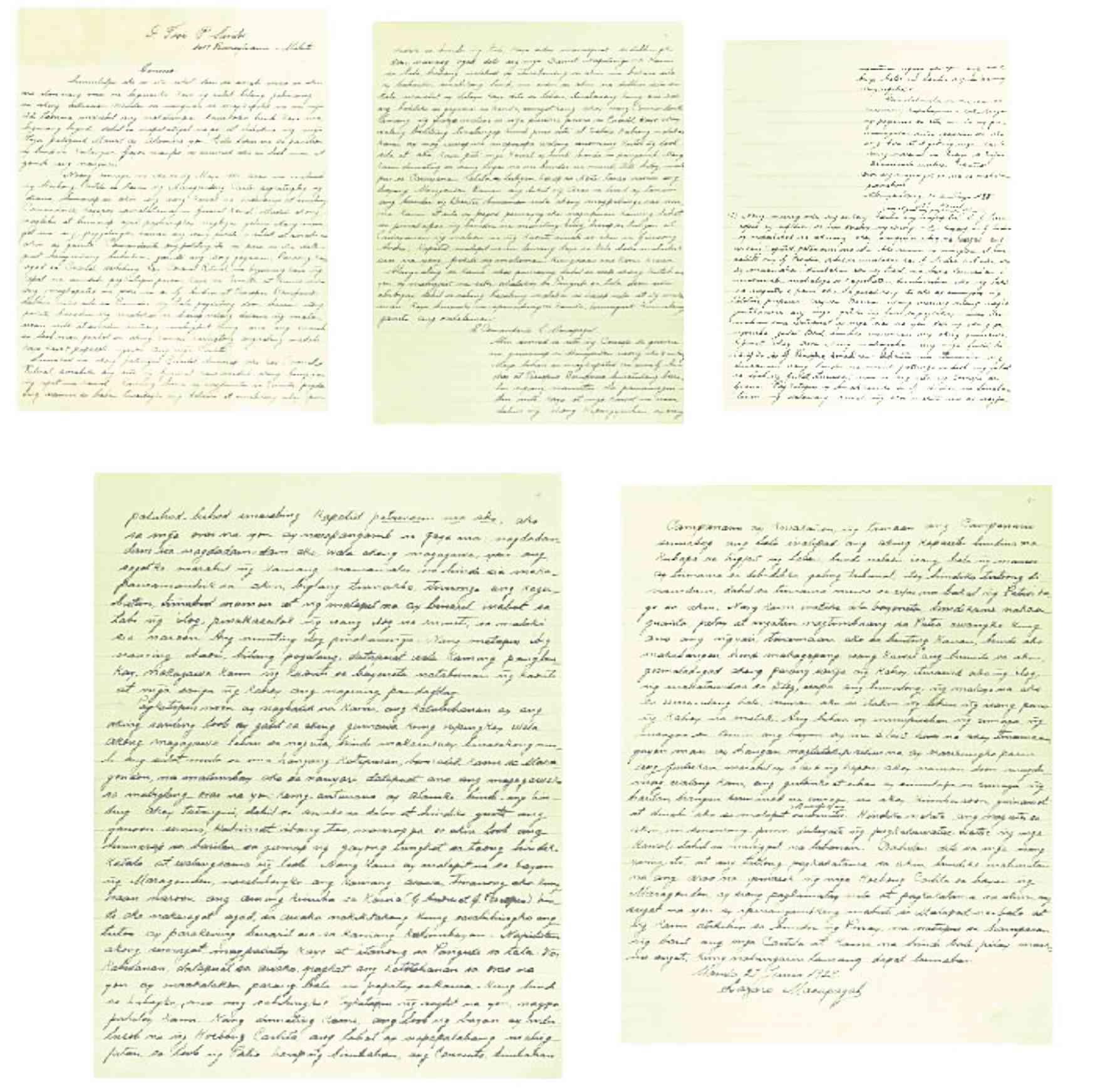 Maj. Lazaro Makapagal’s five-page letter on his execution of the Bonifacio brothers on orders of Emilio Aguinaldo

A rare painting from Lorenzo Guerrero, mentor of Luna and Hidalgo. Documents from Emilio Aguinaldo and Major Lazaro Makapagal on the killing of Supremo Andres Bonifacio. Precious antiques including a dresser by Isabelo Tampinco.

These are among the treasures to be found among the 150 art objects and historical documents in the auction to be held by León Gallery for the benefit of the Asian Cultural Council (ACC) Manila fellowship program.

This was announced at a recent press conference at the Milky Way Café in Makati City.

The Guerrero painting is dated 1868 and titled “Vendors”; it depicts a Manila colonial village scene showing a group of people huddled around what appears a female water vendor. The figures include a man in a salakot (native hat) and a fine barong and a woman who is drinking while holding on to a child.

It was Guerrero who first taught Luna the rudiments of  painting and urged him to study in Europe to further the craft.

Incidentally Luna drawings and paraphernalia will be auctioned off likewise.

And “there is a handwritten letter from Aguinaldo stating that he had Bonfacio killed,” said Lisa G. Nakpil, León Gallery consultant. She added, “There is the testimony of the executioner (Makapagal). Plus documents from Emilio Jacinto; all are handwritten.”

Source is researcher Jose P. Santos, Nakpil said. In fact, Lazaro’s “confession” was a five-page letter he wrote to Santos in 1929.

The documents on Bonifacio’s killing are part of the collection of historian Epifanio de los Santos (1871-1928), after whom Edsa highway is named.

The hero Jacinto (1875-1899) “is underrated,” she opined. “They called him the Brains of the Revolution but we don’t know much about him. There should be a film about him.”

On sale will be Jacinto’s handwritten “Ang Tawo’y Magkakapantay (All Men are Equal).”

According to social historian Martin Tinio, Viola in his later years indulged in his hobby of making furniture, particularly of kamagong wood. The auction lot, sometimes called a “hallway stand,” is in fact made of kamagong, mirrored glass and tin.

“The entire piece, of kamagong carved to resemble bamboo,” writes Tinio in the auction catalogue, “must have been a conversation piece then as it is now.  It looks like a frame of bamboo poles standing on massive bamboo roots with a rectangular tin pan between them …  to prevent water from the dripping umbrellas placed on the stand from leaking onto the wooden floor.

“Waist-high above it is a curvilinear bamboo frame carved with leaves and branches enclosing a grid of plain wooden slats with eight openings for umbrellas.   Behind the grid are upright bamboo poles, the outer, more massive ones carved with thorns cut off at the nodes for the placement of hats.

“Finer, rattan-like leafy poles in the middle form a whiplash frame for a rectangular mirror with edges beveled like half-moons.  The top of the stand is surmounted by a crest carved with Art Nouveau bamboo poles with leaves forming the date ‘1916.’”–CONTRIBUTED