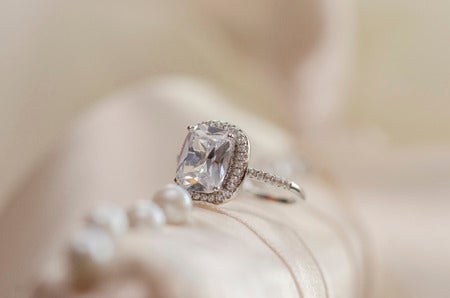 One charity worker from Twickenham, West London received the shock of her life when she discovered a “glass” ring that she bought thirty-three years ago was actually a diamond ring all along.

Fifty-five-year-old Debra Goddard had been keeping the ring in a box for the past 33 years. As per The Sun on Feb. 3, she bought it for £10 ($13 or around P680) at a boot sale and only brought it out when her 72-year-old mom June Boyle lost all her money to a relative’s fraudulence.

“When I went to the jeweler he nearly fainted and said, ‘Do you know what this is? It’s a diamond,’” Goddard was quoted as saying. “I sat up all night looking at it, wondering what to do.”

“It’s karma for the bad things that happened in our lives and my mum being robbed of everything,” she said.

Goddard has since made sure to put the money to good use. Thus far, she has taken her mom to a holiday in Barbados. She also took her to see Tom Jones, and Celine Dion in Las Vegas. She has also gotten her a fur coat.

She has written a book as well about her boot sale exploits, and plans to give the sales to the runway kids’ charity she volunteers with, as per report.

“The money isn’t important to me,” she said. Cody Cepeda/JB