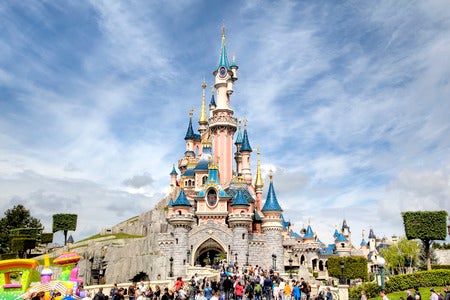 The Happiest Place on Earth is about to get even merrier.

Disneyland Paris is officially opening its gates to a celebration called Magical Pride at the start of Pride Month in June this year.

The theme park’s website states that through the event, it seeks to celebrate diversity with a “dazzling party” that includes a parade, a dance party, late-night rides and more surprises on June 1.

Travel packages are available at the website, with a Magical Pride ticket starting at £78.28 (around P5,340).

This is the first time that Disneyland Paris is officially acknowledging the LGBTQ+ pride event after unofficial ones have been held at the theme park since 2014, reported CBS last Feb. 1.

“Gay days” have also been routinely held at Disney theme parks in the United States since 1991 amid criticism from religious and conservative groups.

A Walt Disney Company spokesperson told NBC News, “Diversity and equality are strong values at Disneyland Paris, and each year, we host millions of visitors regardless of their origins, gender or sexual orientation.”

“We are committed to fostering a welcoming environment for all of our Guests where magic is for everyone.”  /ra