It's all in the genes: Why some people stay thin no matter what they eat | Inquirer Lifestyle ❮ ❯ 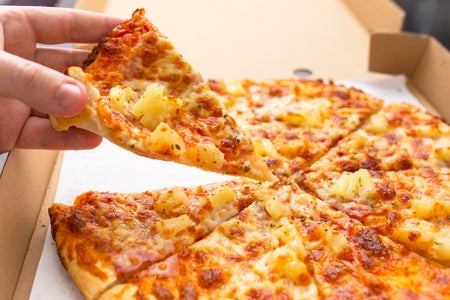 It’s all in the genes: Why some people stay thin no matter what they eat

JAKARTA — It’s the question we are all dying to have answered: How can some people eat whatever they want and never seem to gain any weight?

We all know that one person. They gorge on cookies, cake, burgers and candy, but somehow manage to maintain their trim figure without lifting a finger in the gym. For those struggling to keep a healthy figure, it can be maddening to watch.

Finally, scientists might have uncovered one of the secrets about that fortunate person who seems utterly blessed in ways you wish you were.

A report by Science Alert has put it down to some people having different genetic coding that helps them stay the same weight for life. For most of us, this is not the case, and we must rely on a balanced diet alongside regular exercise to maintain a healthy figure.

Previous research has linked genetics to obesity, however, this is the first study to look at genes related to genetic thinness.

The results suggest there is indeed a “thin” mix of genes that can be inherited – or more specifically, an absence of obesity-associated genes.

“This research shows for the first time that healthy thin people are generally thin because they have a lower burden of genes that increase a person’s chances of being overweight and not because they are morally superior, as some people like to suggest,” said Sadaf Farooqui, a member of the research team from the University of Cambridge.

“It’s easy to rush to judgement and criticize people for their weight, but the science shows that things are far more complex. We have far less control over our weight than we might wish to think.”

To carry out the study, researchers compared DNA from 1,622 people with a low body mass index, 1,985 severely obese people and 10,433 people of normal weight. The patterns were clear in the coding across the three groups. Lifestyle factors were also considered, ruling out things that could be significantly contributing to participants’ weight, such as eating disorders.

Researchers found that thin people had fewer genetic variants that increase the chances of developing obesity.

Of the naturally thin people in the study, 74 percent had a family history of staying thin and healthy, confirming that the “thin” genes are not unhealthy ones to have.

Of course, the study does not show that thinness and obesity are all based on a person’s genetics. It does, however, show that people gain weight differently, and sometimes genetics can be to blame.

It does seem unfair to some that in terms of weight, we are not all on a level playing field. It is still important to bear in mind the food and lifestyle choices we make, as researchers confirmed that diet and exercise are hugely important to our overall health.